Home » TV & Movies » Arsenal’s Mikel Arteta speaks out on challenge of All or Nothing cameras: We all suffer

White praises Arsenal boss Arteta ahead of 'All or Nothing' episodes

Arsenal: All or Nothing is the third season in the Amazon Prime Video franchise, after following rival teams Manchester City and Tottenham Hotspur in 2018 and 2020 respectively. This time, it is the Gunners’ turn to be the central focus, delving into what went on during the 2021/22 campaign and showcasing what goes on at the Emirates Stadium and behind the scenes. Prior to the release date, Arsenal manager Mikel Arteta opened up about how he and the team were affected by the filming of the docu-series.

Arsenal: All or Nothing will go behind the scenes during one of the most dramatic and disappointing campaigns for the team in recent years.

Key moments of the docu-series include Arteta’s bad start to the season, Pierre-Emerick Aubameyang being stripped of club captaincy and the January transfer window.

Cameras followed the team around after they threw their chance away of finishing in the top four.

The team’s poor results also meant that Arsenal sacrificed their spot in the Champions League to Tottenham. 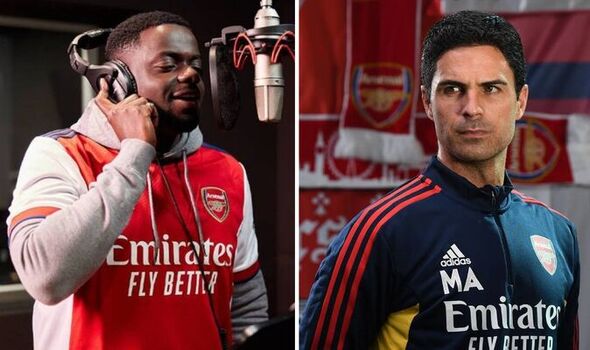 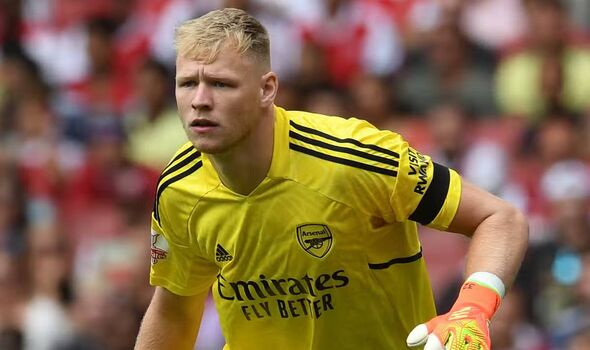 During the premiere of Arsenal: All or Nothing, Arteta explained to press, including Express.co.uk, what it was like having the camera crew following their every move.

He said: “Where do I start? It is strange to see yourself on camera living those moments again.

“As you see, you have to open up to your players and we are all human, we have our family and we have our life and we all suffer.

“We go through some of the things you see here, it’s not nice, it’s challenging but at the same time, it’s fascinating. It’s an incredible opportunity for you, to see who you are surrounded by.

“You have the courage to welcome people into the moment and be inspired by the people who are next to you and really want the best for you and take that energy from them and move forward.” 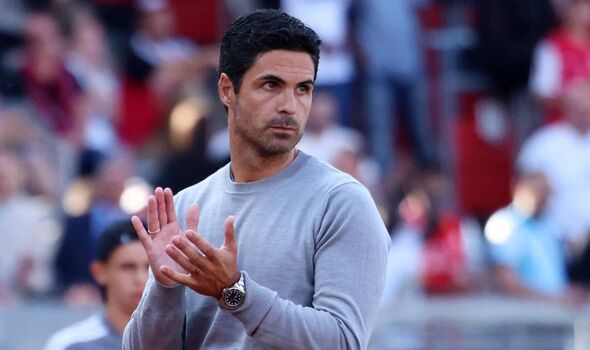 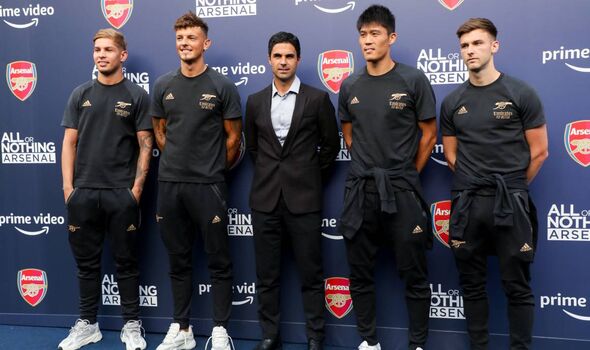 Arteta continued: “The first few days and weeks, it was challenging, it was difficult, you see the microphones and cameras moving.

“We micced up training, in meetings, you feel observed.

“It’s like Big Brother, after a few weeks you get used to it and you’re familiar with everybody.

“It’s another team living with us and they’re trying to contribute and tell the story in the right way.

“So we had to work together and I think we did the best as possible.

“Hopefully what comes at the end is who we are, nothing else, who we are and what we’re trying to do with this football club.”

Arsenal’s All or Nothing will premiere on Thursday, August 4, on Amazon Prime Video.

But fans won’t be able to binge-watch the entire series as just the first three episodes are going to come out.

The next three will then be released on the streaming service one week later on August 11.

Wrapping up the mini-series, the penultimate instalment and grand finale are going to be released on Thursday, August 18.

In order to watch Arsenal: All or Nothing, as well as the previous two seasons, football fans will need to be Amazon Prime Video subscribers.

The streaming service costs £7.99 per month with first-time customers given a 30-day free Amazon Prime trial.

Once this period is over, the automatic payments will begin, unless cancelled by subscribers.

Arsenal All or Nothing premieres on Thursday, August 4, on Amazon Prime Video.