In the latest episode of Antiques Roadshow, host Fiona Bruce took viewers to Forty Hall in London. A number of hopeful guests turned up with their relics to see if any of their items were of any value. Although, one guest got the shock of her life when an expert told her that the Olympic gold medal she had brought was worth thousands.

In a brief moment during Sunday’s episode, the expert told the guest that the medal was in fact, worth £15,000.

“Just for that,” the expert told her.

Another item that caught the attention of expert Jon Baddeley was an Olympic sign. 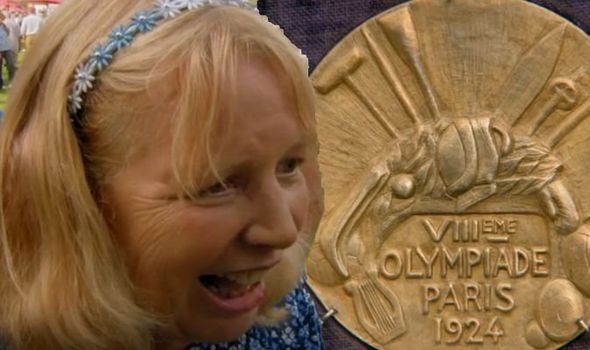 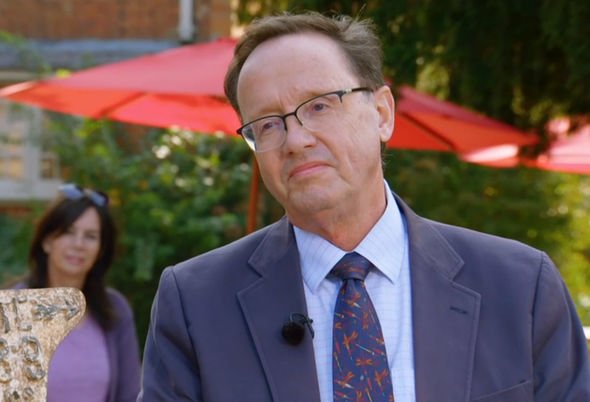 “You brought along this fingerpost and it’s a cast-iron one,” he began.

“It’s lettered ‘Marathon route, 18 miles’ but, what is this emblem here in the middle?”

The guest replied: “It was an emblem for Isleworth running club, who were in charge of marking our the course.”

“So that dates it to the London Marathon and the Olympics of 1908,” Jon continued. 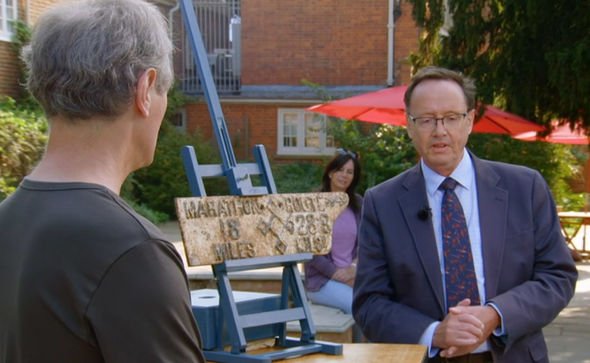 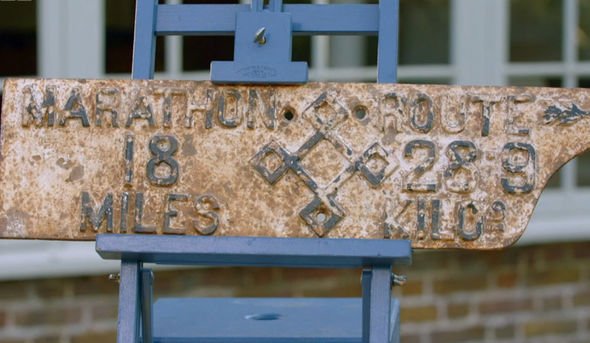 “So they set the course all the way from Windsor Castle, which was the start. All the way through north London, finally arriving at White City.

“That distance was exactly 26 miles and 385 yards and that distance has been the standard ever since.

“This is the birth of the modern marathon.”

The guest recalled: “It was July 24 and it was a really hot day, probably really difficult for most of the runners involved.”

Speaking about where he got the signpost from, the guest told Jon he paid £60 for it at a car boot sale in Preston.

“It was on the floor under the stall holder’s table,” he explained. “He wanted £80 for it but we got him down to £60. If I hadn’t have been a runner I wouldn’t have bought it.”

“A unique piece,” Jon responded. “This is a one-off, it’s not in the greatest condition but that’s fantastic that you haven’t re-painted it, you haven’t restored it.

“I think it’s a massively important piece of Olympic history, I think that it should be in a museum, either the Museum of London or an Olympic museum.

Elsewhere in the programme, some of the other treasures included a pair of hands crafted by Lucian Freud.

Another was a destination board from the front of an early London bus and a model of Donald Campbell’s Bluebird, which broke the land-speed record in 1984.

One of the other items a guest brought to be valued was a rare set of wedding jewellery from Nepal.

Antiques Roadshow airs on Sunday at 7pm on BBC One.