Vaccine passports ‘will be used for large events’ says expert

During Sunday morning’s instalment of BBC Breakfast, hosts Roger Johnson and Nina Warhurst questioned Oxford University sociology professor Melinda Mills over the Covid passport and whether people need to be worried about it. Before the interview had barely begun, Nina asked Professor Mills about whether alarm bells should be ringing.

Discussing the segment, Roger began: “After weeks of debate around the use of Covid passports, Boris Johnson has confirmed plans to trial them at events in England, starting later this month.”

Nina continued: “Covid status certifications will show if a person has been vaccinated if they’ve had a regular test or if they can prove natural immunity.

“So, what impact will the use of certificates have on people’s behaviour.”

Introducing Professor Mills, Nina quizzed: “First of all, alarm bells will be ringing for lots of people, should they be?” 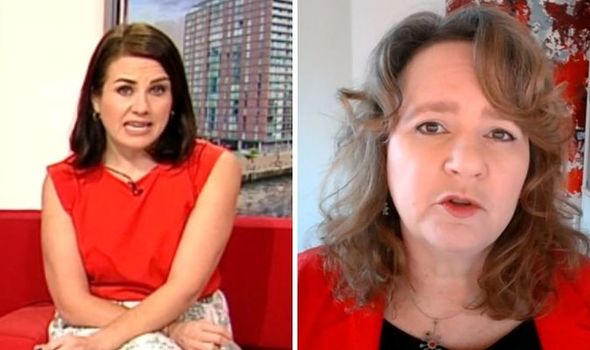 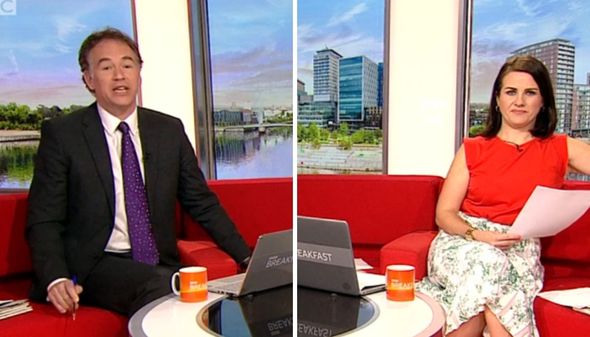 Professor Mills replied: “I think the good news is that there is a bit more clarity about it.

“We were trying to understand, how will they be used. Will it just be for international travel or will it be entering into a supermarket?

“I think now there has been a sort of pre-announcement today and we’ll get the full announcement tomorrow. It won’t block people from essential goods and services, it won’t be used in that way.

“But, it will be used for large events and they’ll be piloting them for the next period.” 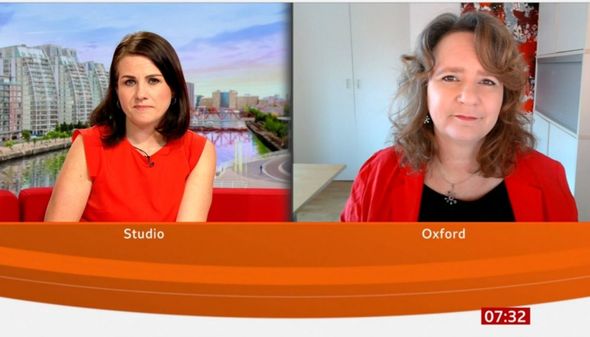 Explaining the rules further, she continued: “I guess there are a few questions here, so it’ll be related to whether you’ve been vaccinated with the second jab and also whether you have a negative test or whether you can prove natural immunity.

“There’s still scientific questions there because we are still trying to understand the duration of immunity, there are logistical questions, how will it work?

“There are real ethical questions there too about, do I have to pay for the testing if I haven’t been vaccinated or if I haven’t had that opportunity?

Tina went on to ask how the UK can learn from the United States and Israel, to which the professor responded: “It’s interesting as to how the international debate has unfolded.

“Israel had a highly developed digital healthcare system and so everyone before they introduced the green pass, which is similar to the one that has been discussed here.

“But everyone above the age of 18 had the opportunity to be vaccinated so I think that’s a big difference.

“We still have people under the age of 50 not having that opportunity, not even for their first or their second one.

“That will come from July, with the second jab expected for that group.”

Following the interview fans also took to Twitter to express their views on the Covid passport.

A lot of viewers appeared to be concerned by the passport as one tweeted: “You’ll need a vaccination passport to vote next.”

Another commented: “There will very likely be a lot of opposition to a vaccine ‘passport.’ It’s the beginning of a dodgy precedent. How about an STD passport as well? An AIDS passport? Dangerous precedent.”

A third continued: “I’m sure Matt Hancock is contacting his mates to see if they want to develop a Vaccination Passport App for a few £billion.” (sic)

BBC Breakfast airs daily at 6am on BBC One.