GMB: Adil Ray clashes with guest who plans not to pay bills

Louise signed up for the Don’t Pay UK campaign, which has seen thousands of people threatening to boycott payments in light of the cap hike in energy prices. Good Moring Britain host Adil Ray argued Lousie was acting “irresponsibly” and the two clashed over the statement, with Lousie insisting the broadcaster was “scaremongering”.

“I think you break the law, I mean this is quite a serious thing, ‘don’t pay your bills,'” Adil stated.

“But hang on!” Adil hit back, however, Louise cut in to say: “Do not scare people by saying that!”

She later accused him again of scaremongering the public into paying their bills. 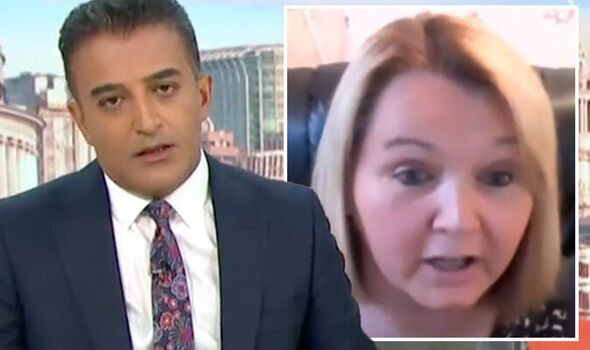