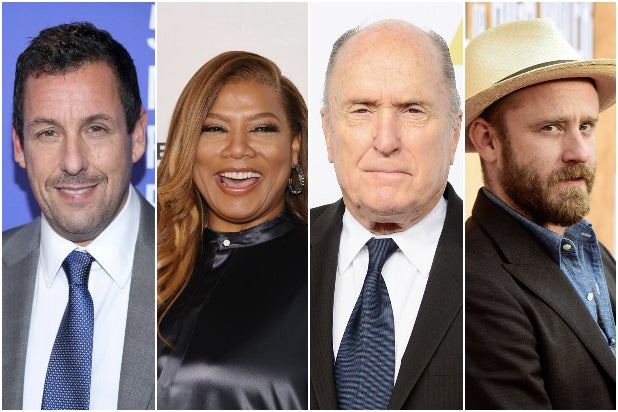 Queen Latifah, Robert Duvall and Ben Foster are set to join the cast of “Hustle,” a basketball film set up at Netflix that stars Adam Sandler and is being produced by LeBron James’ SpringHill Company, an individual with knowledge of the project told TheWrap.

“Hustle” stars Sandler as a down-on-his-luck basketball scout who discovers a once-in-a-lifetime player and tries to bring him to the States without his team’s approval. Against the odds, they have one final shot to prove they have what it takes to make it in the NBA.

Oscar nominee Will Fetters wrote the screenplay for “Hustle” alongside Taylor Materne.

Sandler’s Happy Madison and James’ SpringHill are producing the film with Roth/Kirschenbaum Films.

Sandler’s comedy “Hubie Halloween” just recently opened on Netflix, and he starred alongside another basketball great in last year’s “Uncut Gems” starring Kevin Garnett. Latifah most recently played Hattie McDaniel in Ryan Murphy’s “Hollywood.” Duvall most recently was seen in “Widows” in 2018. And Foster will next be seen in Barry Levinson’s “Harry Haft.”