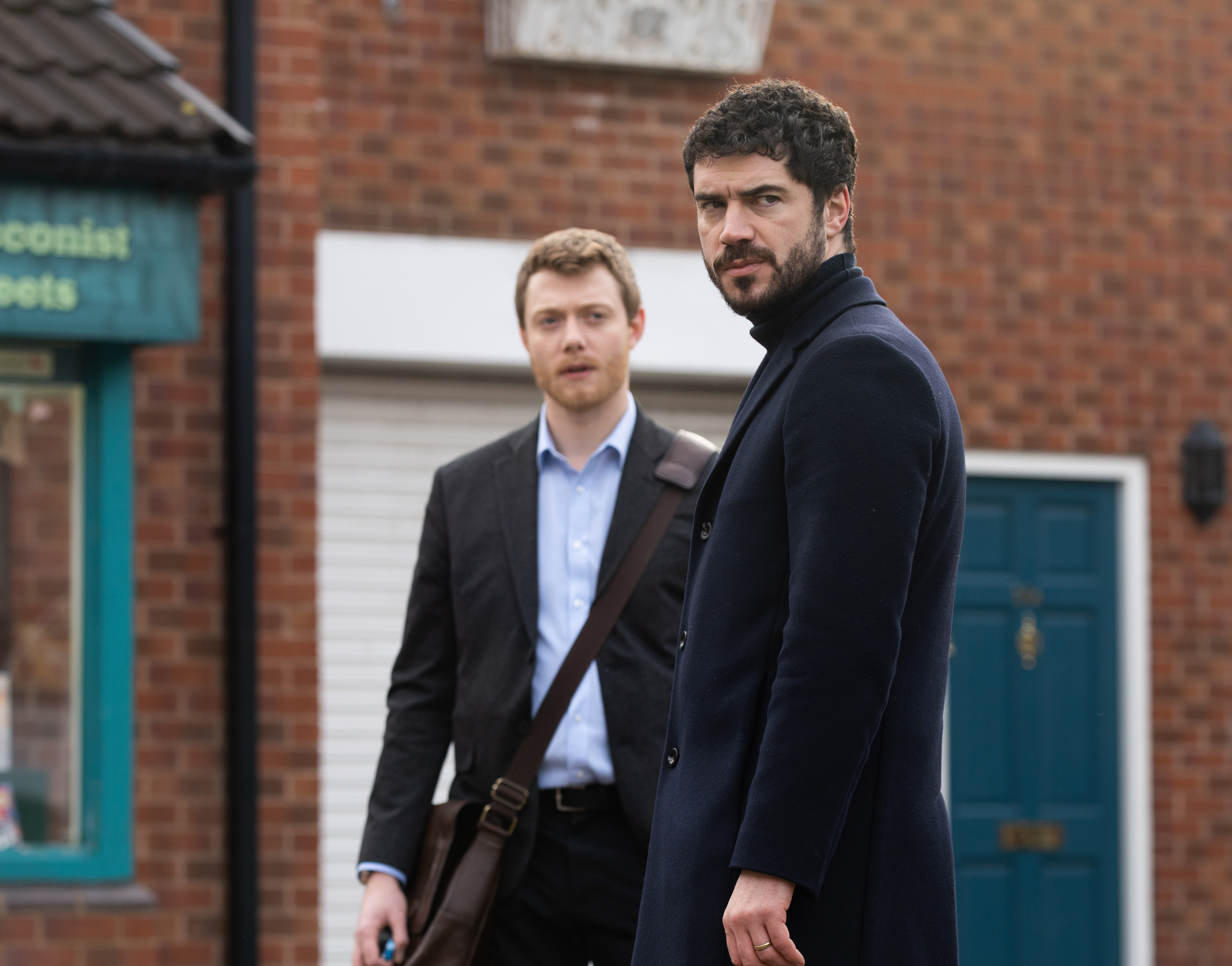 The jealous ex took her revenge to extreme levels in recent weeks, tricking Sarah into thinking Adam was having an affair with her by cloning his credit cards and stealing his phone.

Poor Sarah was left devastated, believing Lydia because of the physical proof which made it seem like Adam had secretly been meeting up with his ex-girlfriend.

For Adam, life has been incredibly frustrating.

His past certainly hasn’t helped but ultimately, Adam has been unable to prove Lydia is a bare-faced liar so, in upcoming episodes, he moves on…by telling a girl Sarah has died.

In the pub, Adam knocks back the drink and flirts with a girl, telling her it’s his birthday and his wife died in a car crash.

Having received a text from Daisy (Charlotte Jordan), Daniel arrives and explains that Adam’s wife is still very much alive.

Lydia has promised Adam her revenge isn’t over yet, but how much more can he deal with?