A PLACE in the Sun host Jean Johansson was left red-faced after a couple picked apart a "claustrophobic home" – before even stepping inside. 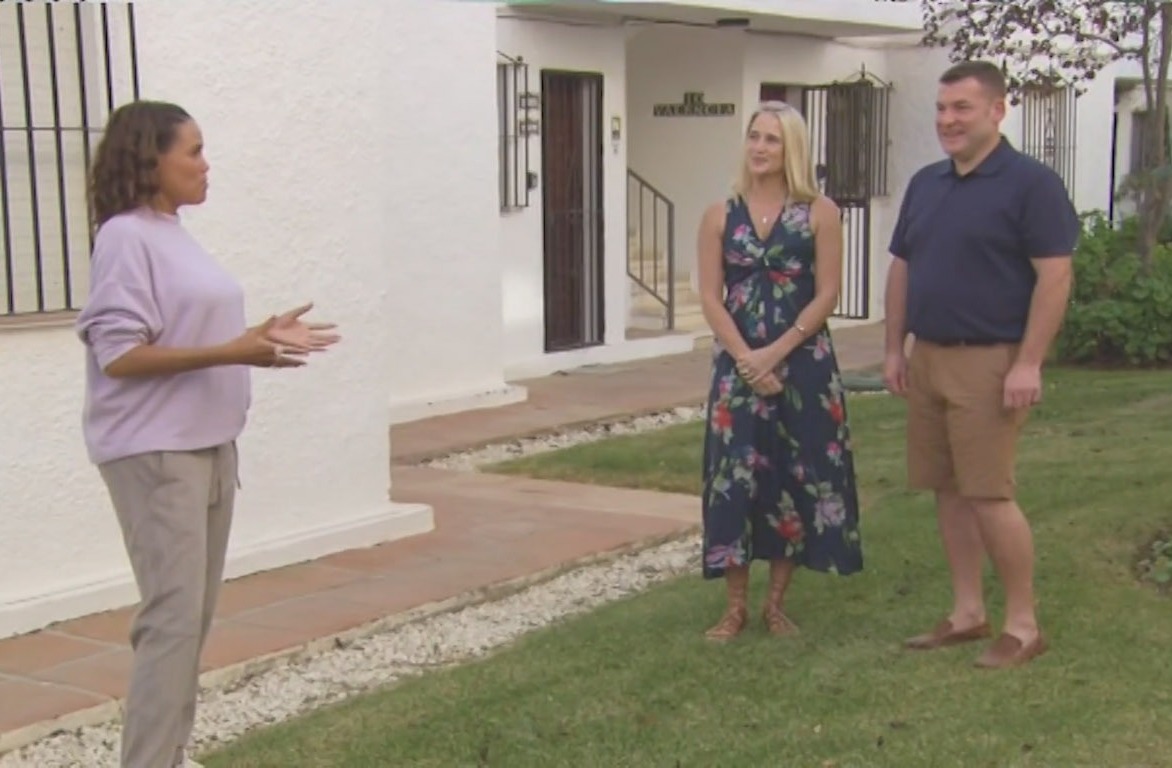 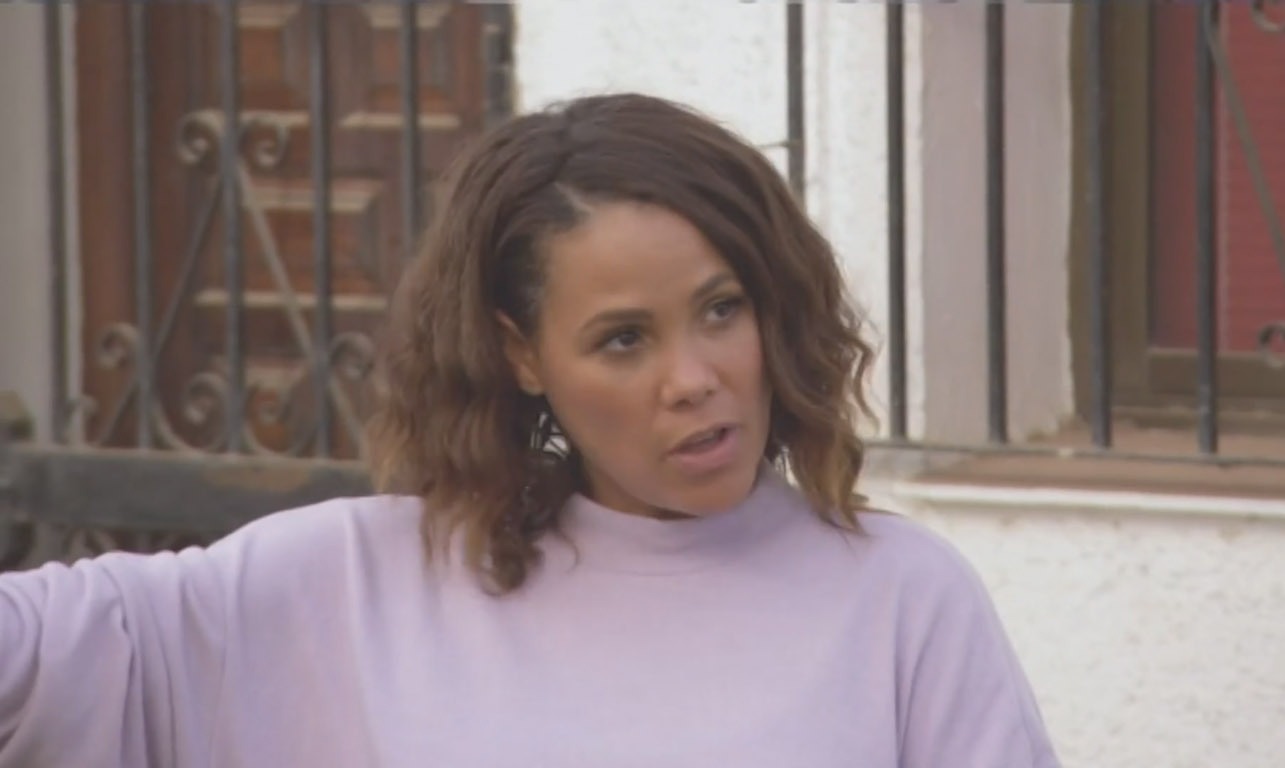 On Wednesday's episode, Jean was left wincing the guests were unimpressed with her property choice.

Denise and Stephen were ready to live together after living in different counties in the UK for some time.

They had set their sights on La Cala de Mijas after Denise fell in love with the location a decade ago.

With a £140,000 budget, the couple wanted two bedrooms, two bathrooms and sea views.

Jean kicked off the property hunt with a villa located in a cul-de-sac type location.

But before the couple even stepped foot inside, they adamantly ruled out the property.

Denise explained that the other surrounding buildings made her feel too enclosed.

Stephen added: "It's claustrophobic to me."

The TV host was taken aback by their comments but tried to convince the pair to be open-minded about the inside.

"You two were so happy at the pool," Jean stated.

But things went from bad to worse once they ventured around the property.

Jean said: "You're being very quiet, so that means you probably have a lot to say, so just tell me."

Stephen replied: "It's just not doing it for me, it's just too small."

Denise added: "I am not wowed, this just doesn't excite me."

Despite getting off to a bad start, Jean was determined to pull something special out of the bag with her other four property choices.

Denise and Stephen immediately fell in love with the second property and said it was a real contender, despite the old-fashioned décor.

Stephen explained: "We were really flat after the first property, but this one has lifted our spirits."

In a shock coincidence, the final property that Jean picked out for the couple was where Denise once lived a decade ago.

Denise said: "I like the open plan, the balcony is still really wide. I am still taking it all in. But I love it, it's spacious and the balcony looks huge."

After the last viewing, Stephen admitted: "Before coming out I was a bit nervous about it because it is a huge financial commitment, but after having a look at the properties out here I am 100 per cent I want to move out here."

The couple decided to make an offer on the fifth property – which was declined at first.

However, they increased their offer to £124,000 which was accepted.

Denise and Stephen were overjoyed that they had landed their perfect home and their dream move was one step closer. 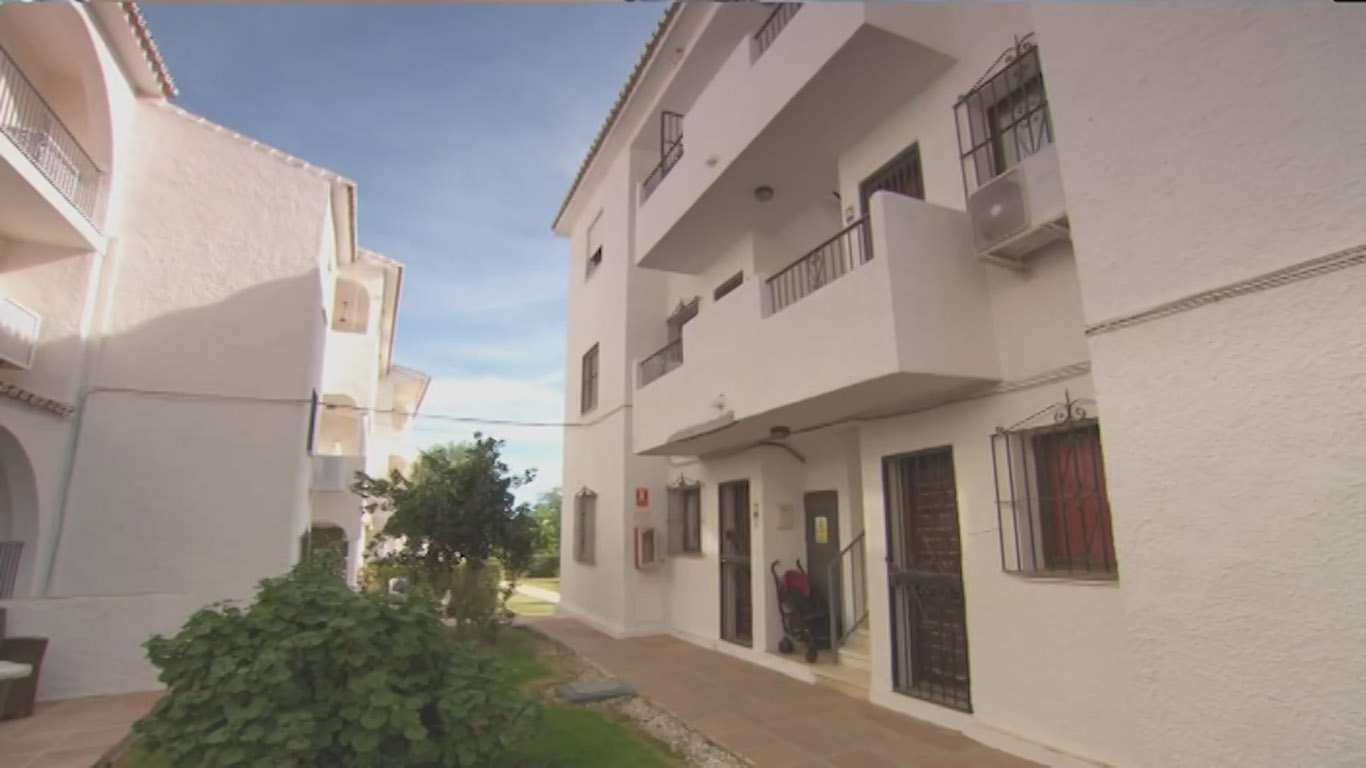 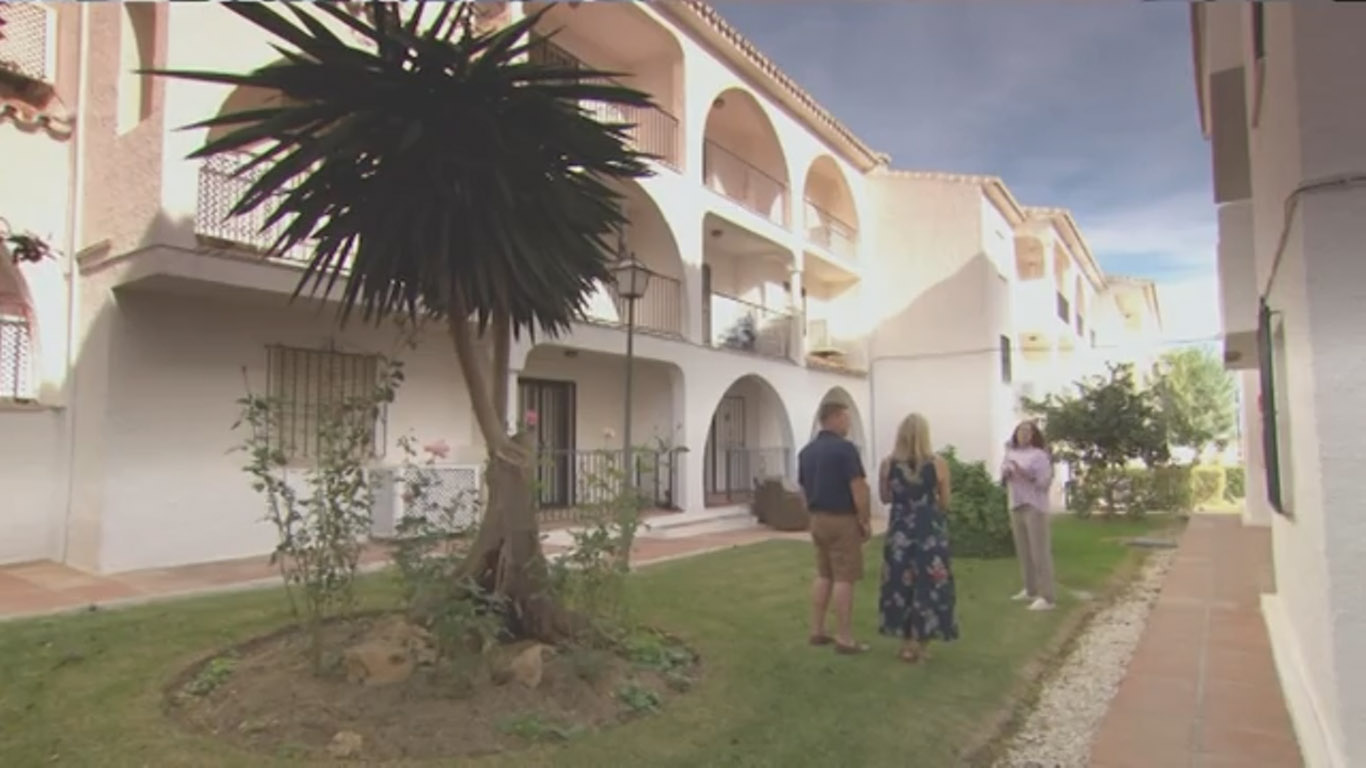