They grow up so quickly! Not that long ago, 90 Day Fiance: The Other Way fans watched as Biniyam Shibre and Ariela Weinberg welcomed their son Aviel into the world.

And while it hasn’t always been smooth sailing for the family of three, it’s clear that baby Aviel isn’t so little anymore.

Biniyam recently took to his Instagram stories to answer fan questions. One question, in particular, had a fan wondering if baby Aviel had started talking yet.

On his Instagram stories, a 90 Day Fiance: The Other Way fan asked, “What was Avi’s first word? Is he old enough?”

Biniyam’s response was short and concise.

He claims that baby Aviel’s first word was “daddy.” 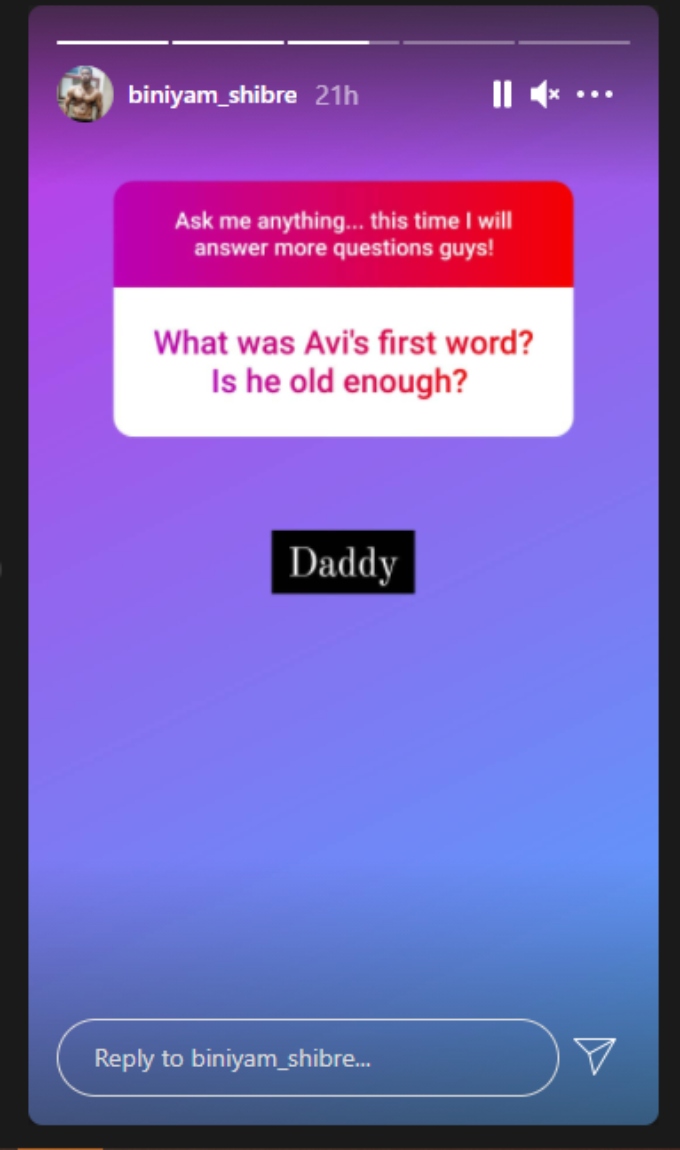 Biniyam and Ariela’s storyline on the TLC hit show has followed the couple from early on in her pregnancy as they try to navigate life together in Ethiopia.

However, the couple has hit several speed bumps along the way.

Ariela and Biniyam having trouble with how to raise Aviel

Since arriving in Ethiopia, Ariela has experienced a steep learning curve in building a life for herself and Aviel.

Even before he was born, Ariela was pressured into making a decision about whether or not the baby would be baptized into the Christian faith.

This went against her Jewish roots, and Ariela struggled with the idea.

Ultimately, she gave in to the pressures from Biniyam and his family, specifically from his sisters, and agreed to have Aviel baptized.

When her parents traveled from the U.S. to Ethiopia to spend some time with their new grandson, they never expected to hear that he had already been baptized.

Ariela experienced a similar dilemma when the topic of circumcision was brought to the table. She resisted the idea at first because she wasn’t comfortable making such a big decision on her son’s behalf.

She admitted at the time that she was worried he would grow to resent her for making the decision.

“I knew he was always going to be circumcised, but I really feel like I’m taking away a choice for him in his life. Like, this is his, you know, body. He should be able to decide what he wants to do with it,” she confessed.

Again, Ariela ended up giving in and baby Aviel was ultimately circumcised.

Despite all their challenges, it’s clear that Biniyam and Ariela are both dedicated to their son and are doing their best to make decisions in his best interest.