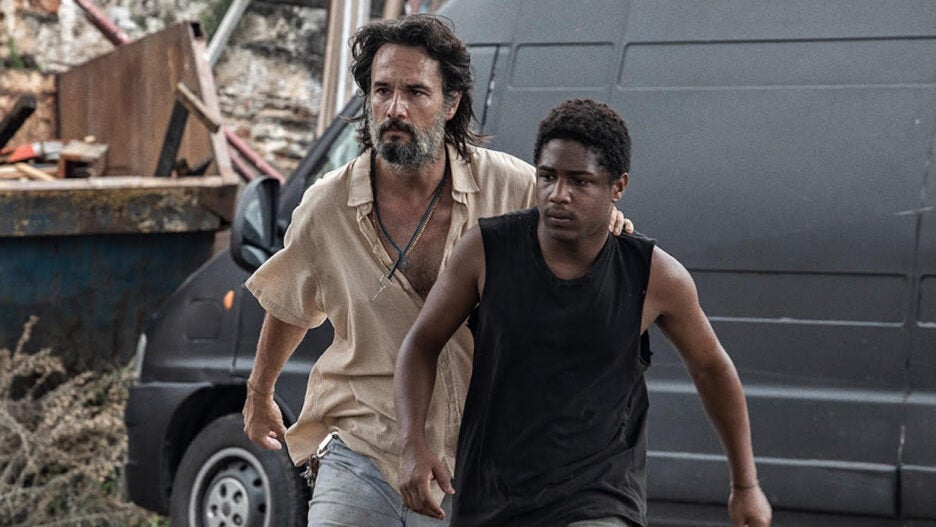 This review of “7 Prisoners” was first published on Sept. 6 after the film’s premiere at the Venice Film Festival.

Contrary to what its title might imply, director Alexandre Moratto’s sophomore feature “7 Prisoners” isn’t set in a correctional facility or during an armed conflict, but in the underbelly of urban Sao Paolo, Brazil. A lean, unflinching and acutely topical peek at modern-day slavery sold as an opportunity for economic advancement, this naturalistic thriller concerns a victim coerced into becoming a victimizer for survival.

Ripped from their rural hometowns with the promise of steady and well-remunerated work, a pack of young men without avenues for education head to the big city. They are neither the first nor the last, but merely part of a large operation. Mateus (Christian Malheiros), a Black 18-year-old, and three others arrive at a scrap-metal junkyard. A scruffy Rodrigo Santoro, a Hollywood regular back in his home country, plays the callous Luca, who welcomes them to their live-in positions stripping copper and sorting steel.

An innate leader, Mateus, the one in the group with higher career aspirations (he dreams of being a pilot), soon realizes Luca has no intention of paying any wages or letting them quit. They’re now his property. Grimy and sweltering, the spaces — including an actual cell holding them behind bars — and their disheveled appearance convey a spiritual decay. Bodily pain occurs, but Moratto and co-writer Thayná Mantesso (who previously collaborated on Moratto’s Spirit Award–winning “Socrates”) primarily and potently concentrate on the teens’ ravaged mental state upon their discovery that they were tricked into forced labor.

Naturally gifted, Malheiros (who played a homeless gay teen in “Socrates”) exudes an irate fortitude in his demands for fairness. His face contorts slightly and his brow furrows when he must swallow his pride, fearing violent retaliation. Malheiros’ instinctive fury never diminishes, even when we can read Mateus’ ambivalent thoughts that cross his mind when presented with the chance of futile “freedom.” 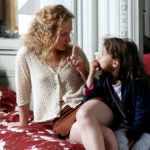 Though he tries to bargain on their collective behalf, Mateus’ growing trust of and favor with their captor causes infighting with his fellow hostages, particularly a desperate Isaque (Lucas Oranmian). The chains that keep them from escaping are invisible, but terrifying — the very real threat that their families will sustain physical punishment or worse. Through his frazzled lead, Moratto slowly pulls back the curtain on the systems that profit off of human trafficking, the collusion of those in power, and the devastating notion that there’s no way out for those deemed disposable: the poor, the illiterate, the foreign.

Sticking to the same verité aesthetic as in “Socrates,” where a vivacious moving camera commanded the images, Moratto reteams with cinematographer João Gabriel de Queiroz. While devoid of overt stylization, the director infuses the harsh account with a splash of lyricism charged with striking subtext in a montage that observes endless electrical cables, which utilize the copper Mateus and company clean for it to be reused. The cumulative sequence jumps from that initial material representation of their labor to transmission towers, and eventually to a sea of illuminated buildings at night. Sao Paolo, like every other major city, is a metropolis powered on exploitation.

That directors Fernando Meirelles and Ramin Bahrani have boarded Moratto’s two features so far as executive producers seems appropriate. Parallels between those artists’ focus on the marginalized and Moratto’s own explorations on the subject are easy to draw. With “7 Prisoners,” the young director further demonstrates he is a worthy heir of this storytelling niche. 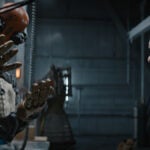 Tightly written to great thematic success, up until its burning final shot, the screenplay is peppered with moments of cautious levity. Still, the oppressive truth remains that there are few ways out for people considered disposable, other than climbing on the backs of those even weaker or becoming part of the vicious machinery of unchecked capitalism. Those are rather heavy contemplations that Moratto handles with unsentimental sharpness.

A wickedly impressive Santoro, stripped of all movie-star allure for a role that taps into a believable crudeness, portrays a constantly mutating power struggle with Mateus. The more the latter climbs the ladder towards some independence, leaving his comrades behind, the more their paths align. No real friendship can exist between the two, but there’s a Stockholm Syndrome–like rapport. But by this point, the adolescent has witnessed and been involuntarily complicit in unscrupulous acts affecting more than just his former peers.

And just when it seems Luca might be reduced to a one-dimensional stock villain, Moratto expands our view of this terrifying picture of the cyclical and perennial nature of the monstrous abuse these vulnerable young men endure. There are tiers of power in this pyramid of horrors, and Luca is just one floor higher than them; he is just another pawn himself, serving his own masters and dispensing trickle-down brutality. For the illusion of upward mobility to be feasible for someone like Mateus, he must first devour others.

As he skillfully peels the layers of such overwhelming social ills, Moratto commits to the cruel reality avoiding a resolution based on wishful thinking. Mateus’ victimhood never comes into question, but the inner turmoil that self-preservation carries quite literally leaves a mark. Clasping his artistic maw, Moratto’s concise firecracker of a movie is straightforward in its soul-crushing blows and an essential piece of social-realist cinema for our times.

“7 Prisoners” will premiere on Netflix November 2021. 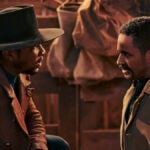