Let's drink from the keg of glory, because the cast of NBC's beloved political series The West Wing is reuniting. Then prep for their HBO Max return with this primer. 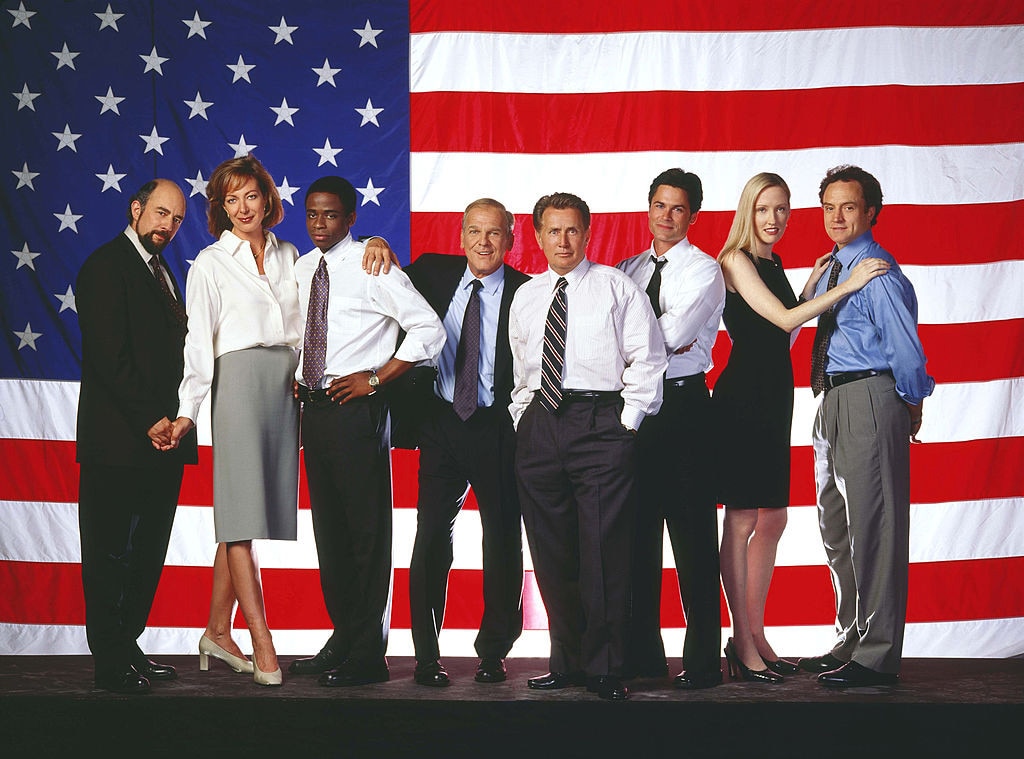 For years now, Aaron Sorkin and the cast of his 26-time Emmy-winning, impeccably written, politically minded creation have been inundated with the same question: What's next?

As in, would we ever again get to peek inside the most aspirational of White Houses, into a place that gave people hope a world of politics could exist that coupled the requisite dirty dealings and one-upmanship with bipartisan cooperation and the ever-present desire to actually do good.

"It's nice to think about," Allison Janney told Jimmy Kimmel of slipping back into C.J. Cregg's suits for another term in The West Wing cabinet. "I think everybody wants to think about it now because, you know, it was a Camelot administration on The West Wing. It was the way you hope that people in government [would be]."

It was rousing, motivational; it showcased the best of people; it taught us that a small group of thoughtful committed citizens can change the world. And for many—against the backdrop of the current divisive climate—revisiting all seven seasons on Netflix feels as heartwarming as the first time we saw President Bartlet (Martin Sheen) give Charlie (Dulé Hill) his family's knife set. So, really, Aaron, can a fan get a reboot up in here?

Finally, in late August, he answered our pleas.

The West Wing is returning…for one night only, with Sheen, Janney, Hill, Rob Lowe, Bradley Whitford and Janel Moloney reprising their roles for A West Wing Special to Benefit When We All Vote, a staged version of season three's "Hartsfield Landing" episode. The HBO Max project was created to support Michelle Obama's nonpartisan get out the vote initiative.

Game on! Let's drink from the keg of glory and enjoy the finest muffins and bagels in all the land!

Vanessa Bryant Fires Back at Her Mom's "Hurtful" Interview Claims

Lauren Conrad Reveals Why She Distanced Herself From The Hills

Okay, it's not the full-on 20-episode season of our dreams or the next-chapter plot that Sorkin floated in 2017 that elected Sterling K. Brown as a commander in chief facing "some kind of jam, an emergency, a very delicate situation involving the threat of war or something" that only former President Bartlet could solve. But it's not nothing. And we're here for anything that brings the gang back together.

Rehearsals for the Oct. 15 special have already begun and, not gonna lie, we are more than ready to embrace our (fictional) American heroes as they reach for the stars. But with some time to go before we hear another rousing Bartlet speech, we don't want to just spend the next few weeks wandering around trying to find a pick-up meeting.

So grab some New England crab cakes, fire up "The Jackal" and try not to get distracted by a bumblebee as we celebrate today's 21st anniversary of the series premiere with our favorite West Wing trivia. Ginger, get the popcorn!