Home » Music » What Is Kacey Musgraves' Song 'Simple Times' About?

Kacey Musgraves made music history with her latest album release and corresponding Paramount Plus original film. Star-Crossed told the story of the artist’s relationship, featuring songs like “Camera Roll” and “Justified.”

Here’s what we know about the meaning behind Musgraves’ song “Simple Times.”

Hot off of the heels of her Amazon Prime special The Kacey Musgraves Christmas Show, this country-pop artist debuted her 2021 release, Star-Crossed.

The full-length album was accompanied by a Paramount Plus original film of the same title. The movie told the album’s story, complete with a three-act structure and corresponding visuals for each song. There were several celebrity appearances and iconic fashion moments.

“It is a wicked, twisty road,” Musgraves said during an interview on The Late Show with Stephen Colbert. “There may or may not be a decapitation at some point in the film.”

One of the most popular tracks from Star-Crossed is “Simple Times,” which currently holds over 11 million plays on the streaming platform Spotify. Along with the official music videos for “Justified” and “Star-Crossed,” Musgraves posted a video for “Simple Times” to YouTube.

In the production, Musgraves and her friends hang out at an abandoned mall, complete with brightly colored outfits and matching hairstyles.

“Going to the mall was a popular past-time for young teenagers during the early 2000s,” one fan noted on Genius. “Musgraves would have been 12 going into 2000, just on the cusp of teenagerhood, so it makes sense that being at the mall would remind her of her teenage years.”

The YouTube video for “Simple Times” earned over 3 million views. Some fans consider the lyrics of “Simple Times” to be about Musgraves’ life before her relationship. Others link the track to the artist’s yearning for childhood, especially with lyrics like “being grown-up kind of sucks.”

“In this song, Kacey Musgraves wishes for simpler times,” another Genius user wrote. “She recounts that she wishes she could go back to doing things she loved as a kid, but it doesn’t really feel the same.” 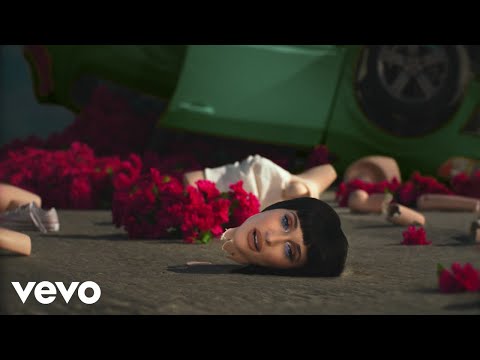 Other songs by Kacey Musgraves include ‘Slow Burn’ and ‘Rainbow’

Musgraves often offers a glimpse into her creative process with fans, even sharing that she participated in a guided psilocybin mushroom trip with a Nashville couple that offers plant-based therapy to create Star-Crossed.

The Grammy Award-winning artist is also the mastermind behind songs like “Slow Burn,” “High Horse,” and “Rainbow” off of Golden Hour. Music by Musgraves is available on most major streaming platforms.