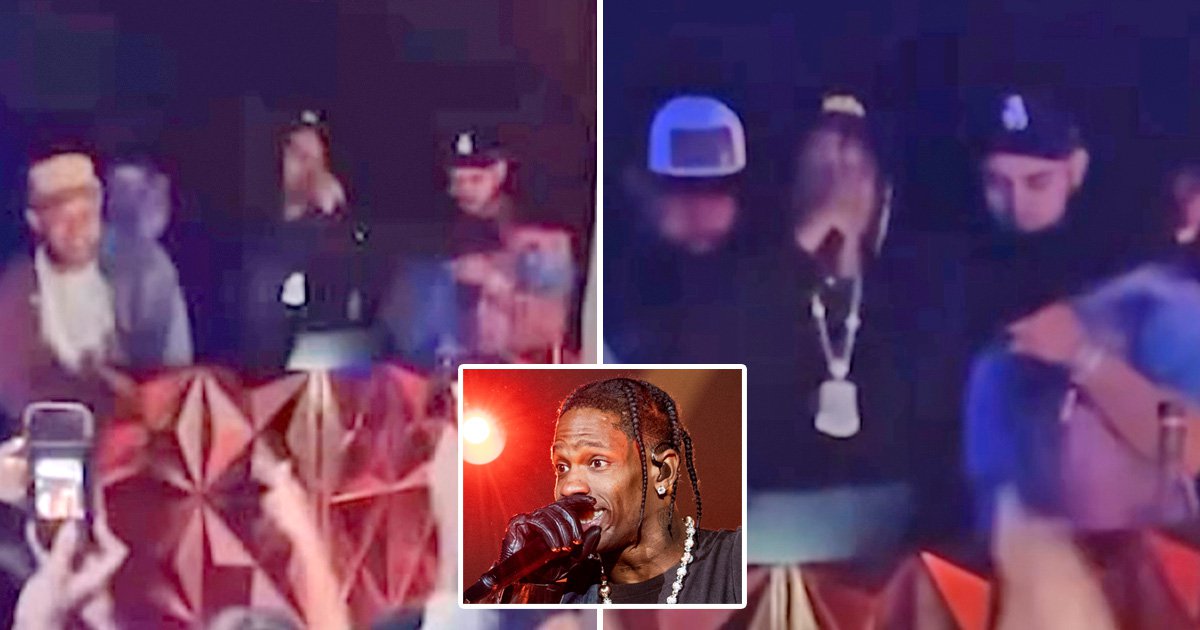 Travis Scott performed a ‘surprise’ gig at a Coachella afterparty after he was removed from headlining the iconic Californian festival.

The Antidote rapper, 30, was originally believed to be one of the top acts on the bill of the festival but, following the tragic events at Astorworld that led to the deaths of 10 people and left hundreds injured, he was replaced on the line-up.

At least 50,000 people had gathered for Astroworld on November 5 at the site of the former Houston Six Flags park in Texas and, when Travis took to the stage at 9pm, the crowd surged forward.

Among the 10 dead were nine-year-old Ezra Blount, who had been placed into an induced coma, and university student Bharti Shahani, 22, who died after spending a week on a ventilator in hospital.

Coachella organisers originally felt pressure from music fans after a petition reached more than 60,000 signatures to have Travis axed from the line-up, and he was later dropped.

However, in a surprise move, Travis – real name Jacques Webster – performed at the Bootsy Bellows afterparty in La Quinta, California, close to the Coachella grounds in Indio.

Travis reportedly showed up at around 3am, just an hour before things started to close down, and performed five of his songs from the DJ booth, according to TMZ.

His performance was described as ‘very stripped down’ in comparison to his usual sets, and videos shared to social media revealed he performed his Drake collaboration Sicko Mode, Can’t Say and breakout track Goosebumps.

The father-of-two even acted as a DJ for a while, before the party came to an end.

In 2020, Travis was one of the original headliners for Coachella, before the festival was brought to an end due to Covid-19, where he was slated to perform alongside Rage Against The Machine and Frank Ocean.

In June 2021, it was revealed that Coachella would run in 2022, with headliners Kanye, Billie Eilish and Harry Styles announced in January, before Kanye pulled out.

Meanwhile, Travis’ girlfriend Kylie Jenner took time out from her Easter celebrations with the family to give fans a rare glimpse of her baby boy.

The Kardashians reality star welcomed her second child with Travis on February 2 and is yet to reveal his face – or his name.

On Sunday, Kylie, 24, shared a rare photo of the newborn in her Instagram stories but still kept his face concealed.

In the adorable photo, Travis is seen carrying the tot who had been kitted out in a pair of trainers and jeans, somewhat matching his father’s attire.

It’s only the second time Kylie has shared a photo of her baby boy, with the first being a black and white photo of daughter Stormi, four, touching his tiny hand to announce he had been born.