It’s only fitting for an artist who performs under the name Snail Mail to show up late to an interview. “Oh my god, I’m so sorry,” says Lindsey Jordan, 22, as she emerges from the leafy steps of Manhattan’s Fort Tryon Park, half an hour behind schedule, and approaches the Cloisters. “I was coming back from therapy, and I was like, ‘Either I’m going to pee at my apartment or, potentially, my pants…’”

Jordan takes good care of these deep indigo jeans — later, she’ll stop in her tracks to trickle water on her knee after spilling some coffee. Clutching a black backpack and wearing a lavender sweater with white-and-brown Celine loafers, she looks like an impossibly fashionable middle schooler on a field trip. Even her lace face mask, which she got from her mother’s bra store in Maryland, wins her compliments from the museum guards. “I don’t know why it’s so addicting, getting nice clothes,” she says. “It’s the ultimate cure-all.”

Jordan mainly styles herself these days, crafting a precise look to get across the feeling she wants in each photo shoot or music video. Take the title track for her upcoming album, Valentine. It’s a blazing rocker fueled by heartbreak and betrayal, sung with a furious new vocal power; in the video, she wears a Regency-style suit while savagely murdering an ex’s new lover and stuffing her face with cake. “I wanted to match the intensity of the song,” she explains. “I had a really good time wearing that outfit, sauntering around.”

That intensity carries through each of the 10 tracks on Valentine, out Nov. 5 via Matador, the indie powerhouse where she signed around her 18th birthday. Jordan’s songs are a masterclass in being world-weary and heartsick, the way only a sensitive person in their early twenties can be, from the slow-burning “Headlock” (“When did you start seeing her?/Guess somebody finally tamed you”) to the silky “Forever (Sailing)” (“You’re taking her home/Doesn’t obsession just become you?”).

But more than a lost love, Valentine is really about how Jordan almost lost herself — particularly after her 2018 breakthrough, Lush, turned her into a nationally celebrated indie rock prodigy and burgeoning queer icon with achingly real songs like “Heat Wave” and “Pristine.” After a three-year tour and an unsuccessful attempt to tackle a follow-up, Jordan felt stuck. “I was really isolated,” she says, sitting on a bench in the reconstructed Medieval courtyard. “I was watching everyone around me put things out so much faster, and I was getting scared. A lot of the stuff that I needed to talk through, nobody could help me with.”

In November 2020, Jordan spent 45 days in a rehab facility in Arizona. It wasn’t her idea — “Rehab might not have necessarily been the next step of what I needed,” she maintains now — but the people around her felt it was important, and she went along.

Jordan describes her time in Arizona as both “a bitch” and “an exhale.” She read books, rode horses, and ate the facility’s “unseasoned food.” She recounts some of the emotional tumult of this period in “Ben Franklin,” a highlight from the new album, singing: “Post rehab, I’ve been feeling so small/I miss your attention/I wish I could call.”

Jordan declines to answer if she’s currently sober, but says the classes she took in rehab had a profound impact on her. “I have the mental health education of a fucking high-school-level teacher,” she says proudly. “So now I feel like I have this — at least on an intellectual level, but not necessarily always in practice.”

Jordan wasn’t allowed to use her phone in rehab, and since leaving she hasn’t returned to social media (she hired someone to run her accounts). “It’s so liberating,” she says. “At some point I realized that my IRL person was suffering because of having to be an internet person. I just wanted to work on my IRL person. I don’t necessarily think it’s good for my mental health. I would rather just do my thing — make the music, put it out there, and play the shows.” 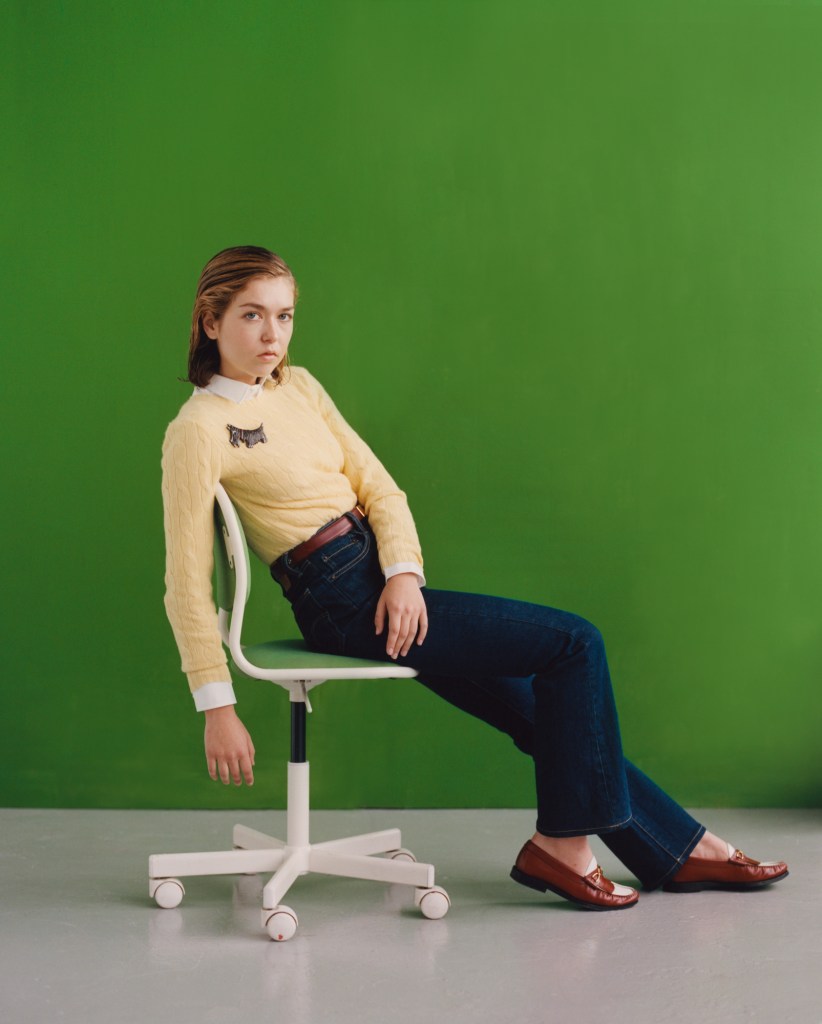 This mantra echoes the thinking of several other young artists in recent years, from Lorde to Lana Del Rey — and particularly Waxahatchee’s Katie Crutchfield, who abandoned social media when she left her own rehab stint ahead of her 2020 album Saint Cloud. “She’s one of my best friends in the world,” Jordan says of Crutchfield. “We talk on the phone three times a week. She’s very wise, and she’s a very emotionally responsible person. I think it’s something to strive for. Everything is true artist shit, which is energy that I like to be around. Any other stuff I don’t have much interest in.”

Their friendship also connected Jordan with Saint Cloud producer Brad Cook, and after leaving the Arizona facility, she met up with him in Durham, North Carolina. The demos she brought to the studio had mostly been written at the start of the pandemic, when she left New York and temporarily moved back in with her parents in Baltimore. There, in her childhood home, she was finally able to get out the songs on Valentine. “Something about being where I physically was when I wrote Lush just made it feel low-pressure to sit on that same bedroom floor and write,” she says. “It was crazy how quickly it started happening once I had alone, quiet time.”

Working with Cook was another learning experience, and Jordan ended up co-producing her new album. “I got to be involved in so much more,” she says. “I definitely rose to the occasion in ways that I never thought I was capable of.”

Exiting the museum, Jordan gives an assessment of her first trip to the Cloisters, giving a special shout out to the elaborate Unicorn Tapestries. “I did think that was fascinating,” she says of the allegorical depiction circa 1495 of an innocent mythological creature hunted and slain by cruel, violent human beings.

As we walk down Riverside Drive, Jordan is the one asking questions, inquiring about fast food (“You a McDonald’s fan?”) and coffee (“What’s your device of choice?”). We stop by a Starbucks, where she orders a medium brew with almond milk and one pump of pumpkin spice syrup. “I get super-psyched about coffee all times of day,” she says, before noticing her beverage is pumpkin-less. She’s too shy to say anything, so I ask the barista to add some. “Dude,” she says, in a tone reminiscent of Bill & Ted. “Thank you!”

Riding the A train downtown on the way to her Lower East Side apartment, Jordan says she’s looking forward to going to sleep. Lately, she’s so exhausted she’s been dozing off even while talking to her girlfriend, who she’s been dating for four months. “I’ll be in the middle of a conversation and I’ll just, like, boom, asleep,” she says with a laugh. “Like, ‘Girl, I’m talking!’ For a while I thought I had narcolepsy, because as soon as my head hits the pillow, I’m good to go.”

Jordan is pleased by the idea that some queer fans look up to her and feel recognized. “If there’s any reason to let [my] personal life into the fold, it’s for other people to be able to be like, ‘This is something that I can identify with,’” she says. “I’m pretty young. I didn’t have any of that. I’m definitely happy that the rockers of tomorrow get to see so much of it.”

This is the kind of newfound wisdom that Jordan acknowledges she didn’t have the first time around. “I think Lush is super wistful, like, ‘These are my crushes,’” she says. “It’s dreaming about love. On Valentine, there’s a good amount of real experienced loss and adult hurt. It hits me in the guts in a way that feels really on point right now with where I’m at emotionally.” She pauses: “Dramatic!”