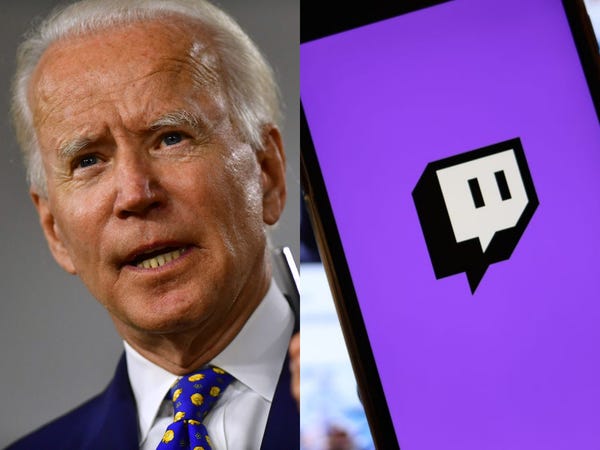 The Joe Biden presidential campaign has launched a Twitch streaming channel, and it's kicking off with lo-fi beats and relaxing back-of-train views on the Democratic candidate's whistle-stop tour in Ohio and Pennsylvania.

Biden campaign digital director Rob Flaherty tweeted on Wednesday that the campaign was launching its Twitch channel "with an (extremely relaxing?) livestream of the back of @JoeBiden's train." The channel, found at twitch.tv/VoteJoe, launched its first stream with the title, "Joe Biden's Whistle-Stop Tour & Lo-Fi Train Stream." Nearly four hours into the stream, it had surpassed 650 concurrent viewers.

While the campaign appears to be livestreaming the tour stops on Twitter via Periscope, the Twitch stream fills in the train gaps. Between speeches, the stream is a feed of the back of the train accompanied by a steady stream of lo-fi hip hop beats.

After Tuesday's presidential debate in Cleveland, OH, Biden departed on a train, planning to make stops on Wednesday in Alliance, OH; Pittsburg, PA; Greensburg, PA; Latrobe, PA; and Johnstown, PA, The Washington Post reported. According to the Biden campaign, the trip is intended to give Biden a chance to talk with voters who supported Trump in 2016 about "what he will do as president to create jobs, support working families and build our economy back better."

It took a while for the Biden campaign to make it all the way to lo-fi train streams, but as CNN reported, the once-maligned digital side of the campaign has made significant strides in recent months.  As The Verge's Makena Kelly reported, the Biden campaign took its messaging into hugely popular 2020 video game "Animal Crossing: New Horizons" as a way to connect with voters in the online spaces they already inhabit.

Biden isn't the first candidate to turn to Twitch: as The Verge's Bijan Stephen reported in 2019, Bernie Sanders' campaign used the platform to meet potential supporters where they already were. For the Biden campaign, it could serve a similar function, tapping into audiences that the campaign hasn't connected with on other platforms.

The train focus of the channel's first stream seems to be going over well. "Tell train cam I love it," one commentor wrote in the chat during the stream's second hour. "Give it a gentle kiss on the head for me."