Home » Music » Scotty McCreery: I dont like change, its difficult 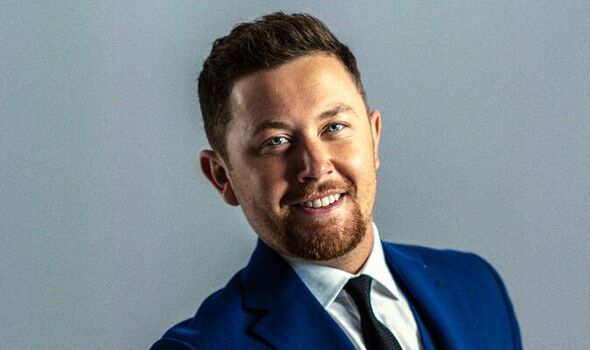 Scott McCreery might be best known for winning a round of the talent show American Idol, but he’s proven he deserves to remain in your playlists. The 28-year-old has broken a few records with his music in the past decade. His touching track Five More Minutes topped the Billboard charts, becoming the first country song to do so without a record label behind it. And he has achieved four top-ten records in ten years.

But his latest album, Same Truck, was perhaps the most difficult experience for the songwriter yet.

Speaking exclusively to Express.co.uk ahead of his debut in London’s O2 Arena for the C2C – Country To Country Festival, Scotty revealed that Same Truck – his recently-released 2021 record – was basically finished in 2019; long before the pandemic hit. But once the world began to slow down, he took another look at his new batch of songs and decided to start over.

In a bold move, Scotty scrapped the songs and started again with a new outlook on life in these uncertain times. He explained: “I think we’re going to find a place for [the scrapped songs], probably in the near future, but for the most part we made a new record entirely.”

Scotty didn’t see this as a new challenge, though, and gladly admitted he was a real lover of music. He recalled: “I just truly do love [writing songs]. I was doing music well before any notoriety or getting into the public eye or getting songs on the radio. I was picking up my guitar and playing it until 2am and waking up my sister. I was playing Elvis songs and playing coffee shops for tips.”

With an infectious smile – even over Zoom – he added: “The love I have for the music goes well before any of all of this… even if this wasn’t happening I feel like I’d still be playing the songs playing the music.”

And his fans want him to continue writing music, as well. At the time of writing, Scotty has sold millions of records worldwide – but that does not seem to have changed him.

The North Carolina local still seems unnervingly humble when it comes to his own chart-topping musicality. It comes down to one thing for him: “I think, for me, it’s really cool I get to write my own songs and people want to listen to them. Ten years and I haven’t lost the passion. So hopefully in the next ten, I won’t lose it either. It’s a pretty cool gig.”

Scotty is conscious about becoming complacent, however. Despite how much he loves writing and performing music, he admitted he wants to continue growing, both “as a musician, and as a man”.

He has good reason to do so, as well. Looking inward and getting personal in his lyrics has, thus far, given him the biggest boosts to his career yet.

The star’s chart-topping hit, Five More Minutes, was written for his grandfather, and currently holds more than 122 million views on YouTube. While his tear-jerking ballad, This Is It – penned for his wife – told the story of his engagement and wedding. That’s sitting at 73 million views.

Still, he remains humble. Personable. “Go write your truth,” Scotty mused, half to himself. “Go write what you’re going through, go write about your wife. Personal stuff.”

With an air of reluctance, he added: “Before, I was thinking: ‘Okay, what’s going to get radio play?’ … I didn’t get much radio play thinking that way. Which to me is what country is really about: real people telling stories.”

The pandemic allowed Scotty to tap into the emotional side of his own songwriting like he never has before. With so much time at home, alone – not on the road – he had the chance to reflect on the successes and happiness within his life.

He did struggle a lot with one aspect, though: songwriting virtually.

In a normal world, Scotty would make the pilgrimage to Nashville to write and record new material. Now, he was trapped at home with his laptop.

“For me, change is difficult,” he revealed. “I don’t like change a lot. I like to do things the way I like to do things. And I’m just comfortable with that. I was very against doing any Zoom writing, at first. I was like: ‘There’s no way this can work! You gotta be in the room, you gotta have the conversation!'”

Eventually, he “bit the bullet” and tried to write a song.

Once his spark of inspiration ended, he had put together a dozen songs for his new album, Same Truck. And he cannot wait to play them at C2C – Country To Country Festival this week.

Scotty said of playing London’s O2 Arena for the first time: “When I make a new album I like to tour old-school and just play the thing! We’re leaning heavy on Same Truck. I really want to get there and introduce myself into the C2C crowd and it’s something the band have been talking about for a long time. We’re going to be ready to rock.”

But fear not, classic fans, he does have some older gems hidden in there as well.

Tickets for C2C – Country To Country Festival are available here – get them while you can.