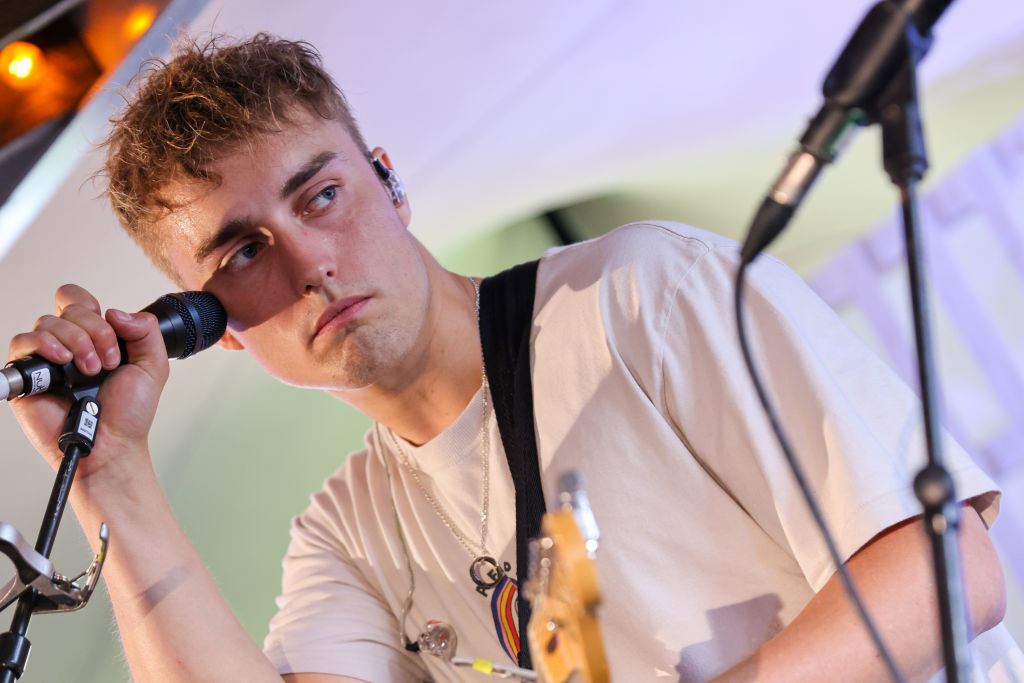 Sam Fender is swapping the United Kingdom for the United States as he sets his sights on cracking the music scene across the pond.

Speaking to Metro.co.uk at an exclusive event promoting White Claw Hard Seltzer, the 27-year-old Hypersonic Missiles singer shared his plans to take the world by storm by reaping chart success in America – and we have no doubt he’ll smash it.

‘I’m moving to New York in January,’ Sam told us, after performing to an intimate crowd at Netil 360 Rooftop in London Fields.

He added: ‘A lot of my music is more American sounding so on paper, it should work.’

Sam was over the moon to be back on stage and the gig marked his second live performance following the pandemic.

‘It was a hell of a lot better than I imagined,’ he enthused, honestly. ‘Normally when you do a corporate gig it’s horrible, it’s soulless, and that was completely the opposite.

‘It’s totally magic being back.’

Sam’s been busy over lockdown working on his upcoming new album Seventeen Going Under, which is due for release in October.

The new tracks are a little this time around, as the artist was challenged to write a more introspective body of work rather as a result of not being able to take inspiration from conversations he’d overheard in busy bars and pubs.

‘It’s so personal and it’s a different feeling singing it,’ he confessed. ‘I’m bearing my soul.’

‘The whole album is about growing up and the insecurities that you have and how it affects you as an adult and the relationships you have,’ he teased.

‘The record is self-deprecating in places because that’s the place I was in.’