During a 2018 interview with Ultimate Classic Rock, May discussed the origin of “Thank God It’s Christmas. “Christmas songs are always recorded in the middle of July,” May said. “You have to, to get them ready in time.”

“This was Roger [Taylor]‘s composition, mainly, except he didn’t have a chorus,” he said. “So I contributed the chorus and we worked on it together, to cut a long story short. And then, when it was almost finished, we presented it to Freddie, who loved it and did a beautiful vocal. I think it’s just the most understated vocal, and I love it, you know.”

May felt “Thank God It’s Christmas” went under the radar in Britain. “The funny thing is, it doesn’t get that much attention in Britain as a Christmas single, because it doesn’t have a video,” he opined. “Everything’s about video these days and we never made a video for that song.” Notably, Queen’s YouTube channel uploaded an animated video for the song in 2019.

“It’s all in your mind,” May added. “But I’m very fond of it. I think it’s a very different kind of Christmas song.” Unlike some of the cheerier Christmas songs, “Thank God It’s Christmas” is about appreciating the holiday after struggling through a difficult year. 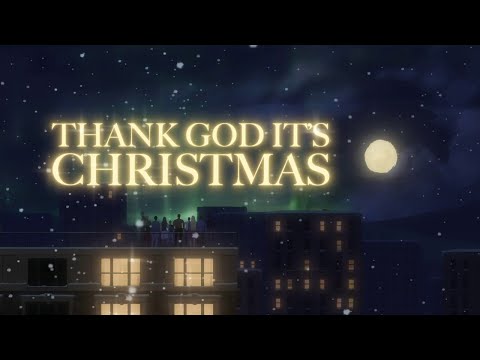