Paul McCartney and Jon Bon Jovi got together for a “playdate” where the latter shared his forthcoming album with The Beatles icon. It was during this private listening session that the Bon Jovi frontman received some advice from John Lennon, shared via McCartney. In a recent interview with Howard Stern for SiriusXM, he spilled all.

Bon Jovi revealed it was his wife who set up the session with McCartney though her friendship with the former Beatle’s wife Nancy Shevell.

Dorothea Hurley, who married the rockstar in 1989, called the meeting a “playdate”, and extended the invitation to McCartney by telling his wife Bon Jovi wanted to invite him to the house.

The singer went on to tell Stern how he had sat on the sofa with the music legend and played him a handful of songs from his upcoming record.

“Because I’m so proud of it, I had no issue playing it for him,” he said. 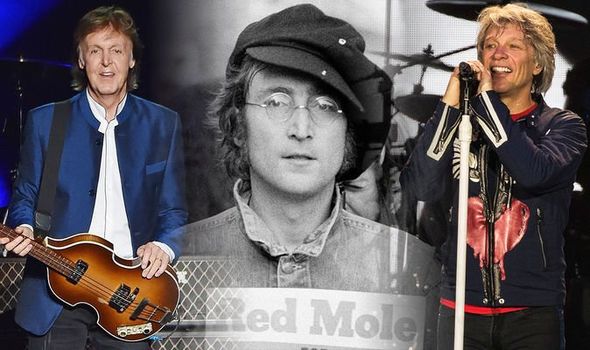 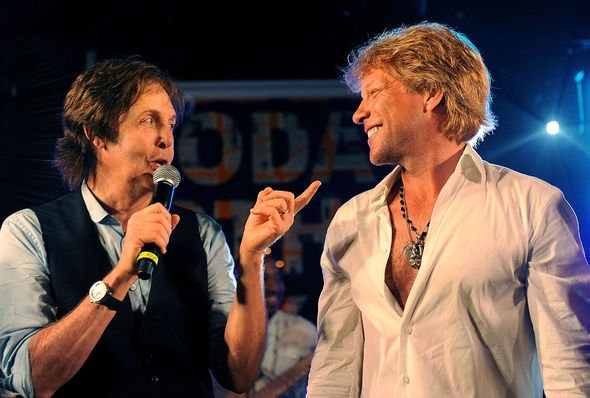 But there was one song he was particularly excited about which hadn’t been recorded yet, so he picked up a guitar.

“That is something that 18-year-old me might have done but 50-year-old me would have been too scared,” he admitted, impressed at his own boldness to be performing a new track live in front of a Beatle.

When he had finished, McCartney had some thoughts on the song and took the guitar from him to explain.

“Now, he’s a lefty so he’s flipping my guitar over and talking through the song with me after I play it,” Bon Jovi recalled.

SCROLL TO TEST YOUR KNOWLEDGE IN THE ULTIMATE BEATLES QUIZ 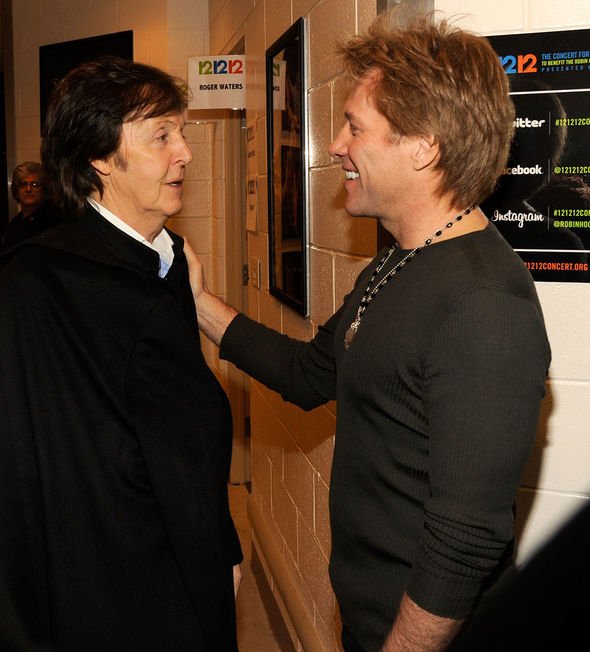 During the discussion, McCartney shared some wisdom from the late, great John Lennon, offering up a suggestion as to how Bon Jovi could improve the song.

“He was talking about how they would change time signatures and go off into these bridges on Beatles songs when he and John would write things,” the rocker explained.

“So we started yapping about that. I said, ‘Yeah, I do have that kind of a bridge. I didn’t play it for you because I couldn’t remember all the list of the names of the cities I wrote that go in the song.’”

Paul McCartney: What Beatle John Lennon REALLY thought of Let It Be [NEWS]

Paul McCartney The Beatles: ‘Ringo Starr REFUSED to do it’ [INTERVIEW]

The Beatles QUIZ: How well do you REALLY know the Fab Four? [QUIZ]

“‘I just thought the chorus was there, the verse was there, I could get by. I didn’t have that list.’

“When we recorded the song, I had that,” he added.

Bon Jovi previously confirmed the track in question was Lower the Flag from the upcoming album Bon Jovi: 2020.

Bon Jovi’s new album is due for release on May 15.

Lennon tragically died in 1980 after he was shot by obsessed fan Mark Chapman.

The man waited for The Beatles star outside the home he shared with wife Yoko Ono in New York and fired five shots at him when he returned from a day recording at the studio.

Four hit him in the back and although he was rushed to a nearby hospital, attempts to revive him were unsuccessful.

But the musician’s legacy lives on through The Beatles’ music and his solo material, helping to shape and guide the development of pop and rock in the decades since.