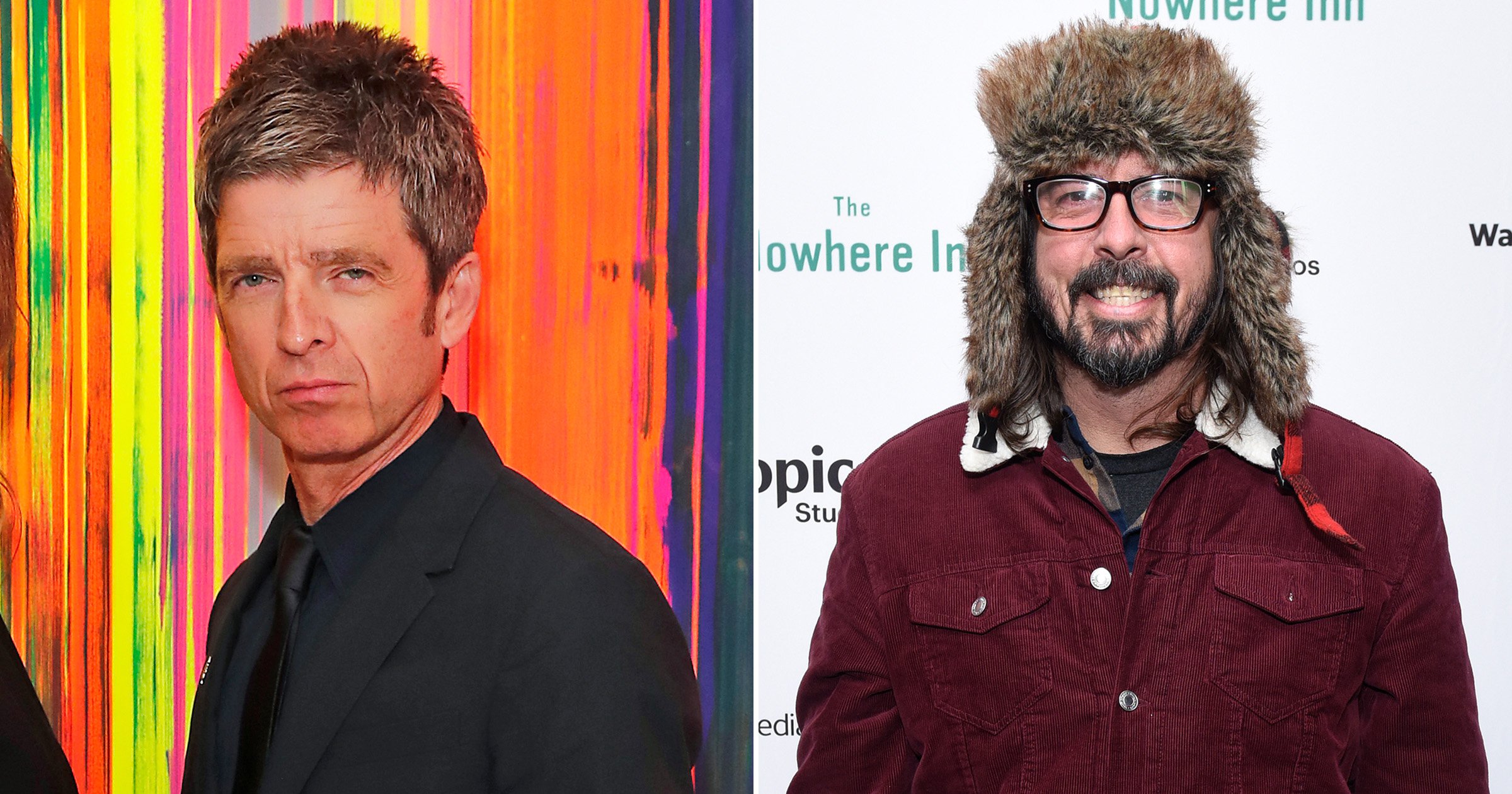 It seems Taylor Hawkins will defend Foo Fighters frontman Dave Grohl to the ends of the Earth after Noel Gallagher ignited a feud with the rocker in 2019.

Speaking to Metro.co.uk ahead of the release of the Foo’s latest album Medicine At Midnight, Taylor recalled Noel’s comments in which he called for Dave to ‘suck my d**k’ after it was suggested at a gig Foo Fighters fans should start a petition to get Oasis back together.

While at the time many believed it was Dave who encouraged Noel and his brother Liam Gallagher to reunite after years of trading infamous barbs, it was indeed Taylor who suggested the petition.

At the time Taylor said: ‘One of these days we’ll get Oasis back…Let’s sign a petition, everyone here.’

He added: ‘How many people wanna see Oasis f**king play a show?’

In a video filmed by a fan, Noel asked the crowd: ‘So you’re going to sign the petition?

‘If the f**king drummer from Nirvana wants to get Oasis back together he can come up onstage and suck my f**king d**k anytime he likes.’

He then flipped the coin, by declaring: ‘I hereby start a petition to break up the Foo Fighters. Anyone free can f**king sign it.’

Speaking about this sudden feud he found lobbed at his beloved leader, Dave, Taylor told us this week: ‘Would I like them just to be together and be Oasis? Yeah, because I love Oasis and I love them doing interviews together. But I don’t gotta live in their shoes either.

‘I was being protective of my friend Dave Grohl really, Noel said some sh*t, and he’s always talked sh*t about us, so instead of being politically correct…nah f**k that guy.’

While Taylor laughed at the long-held public notion Dave was the ‘nicest guy in rock and roll’ (‘I don’t know about all that…I gotta live with the guy’), the drummer went on to compare his frontman to Freddie Mercury, explaining the strong bond that flows throughout Foo Fighters that sees the group – which also counts Pat Smear, Chris Shiflett, Rami Jaffee and Nate Mendel as members – accumulating musicians rather than shedding them over the past 25 years.

Taylor says: ‘He’s the best leader. Him and Freddie Mercury, maybe there’s a few others, they’re just good leaders. They’re able to keep their band together. They’re able to rule it without totally f**king squelching any interests or love of the band.’

When it comes to the vast millions the group has made over the decades, Taylor continued: ‘We split it all. Which is unheard of.

‘I’m sitting in my f**king killer place and I never thought I’d have this sh*t and the reason I have it is because Dave is generous. It’s not about money, it’s about the job.

‘He’s protective of his songs and of the way they get on tape, so that’s the hardest part of being in the Foo Fighters, putting down on the record what he wants, because he knows what he wants and he can do it all himself.

‘But he likes to have a gang and a band and he needs a band to play it live and I don’t see him fancying being a solo artist all the time.

‘I say this all now and he could go solo next week. I gotta shut-up about all this solo sh*t [or Dave will say] “why am I playing with these knuckleheads?!”‘

Speaking about the pair being there for one another through various personal struggles, Taylor suggested there really was only way to be booted from the iconic group: ‘I’m telling you, to get fired by the Foo Fighters you literally have to kill grandma or something.

‘You have to be the Night Stalker to get fired. “Oh, you’re a mass murderer? We’re going to have to let you go”.’

Taylor adds: ‘Familiarity is good. Some people completely disagree. It’s his band. And we don’t make any decisions he didn’t make, trust me.

‘At the same time, he’s got the band’s best interest at heart every time he makes a decision. He knows what’s the best for the Foo Fighters, he really does.’

Perhaps Dave should be in charge of Oasis’ reunion?

Medicine At Midnight is out now.