Home » Music » Love Affairs Steve: We were mods fuelled by a love of black American soul 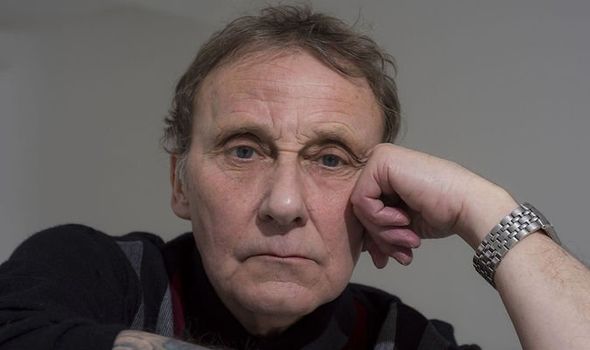 Their crime was a publicity stunt gone wrong.

“Our PR man took us to Piccadilly Circus and told us to climb the statue of Eros,” singer Steve recalls. “This was in December, 1967. We were like, ‘Are you having a laugh?’ But we didn’t question it, we were kids – I was 17 – we just thought ‘This is how it is’.

“Two of us fell into the freezing cold water, and silly boy, me, got to the top and couldn’t get down.”

Traffic ground to a halt. “The police were called, the Fire Brigade had to rescue me. We got nicked, bailed and by the time we got to court, we were all over the papers.”

The band were each fined £12 for breach of the peace and bound over for a year. “But the record shot straight up to number one!” says Steve. “Talk about in at the deep end!”

That eternal classic, Everlasting Love, topped the charts for two weeks in February 1968. Top Ten hits Rainbow Valley and A Day Without Love followed quickly. That year, only the Beatles sold more singles than Love Affair.

“We got dragged off to Carnaby Street and told we’d be wearing frilly shirts and satin velvet trousers on Top Of The Pops,” Steve recalls. “But we were mods and these were hippy clothes. The others folded but I held out for a double-breasted brown suit.

“Finally, they said if you wear that on TV tonight you can have it. So I did,” he says, adding with a laugh, “and it got ripped to shreds by screaming girls…”

“When we formed our band, the Soul Survivors, we went and saw James Brown at Walthamstow Granada. He blew our socks off, he was phenomenal. I thought that’s how a singer has to be, so I started doing gymnastics.”

Now plagued with knees problems, he adds ruefully, “You could scoot across the stage on your knees at that age and it didn’t hurt.”

“Because the others were Jewish, we got a shout for a bar mitzvah – they wouldn’t pay us but they gave us loads of food.”

Their first manager was drummer Maurice Bacon’s father, a handbag magnate who let them rehearse in his Tottenham warehouse.

They graduated to mod clubs in Clacton and Brighton and soul clubs in Stoke and Manchester. Steve was 15 when they played Soho’s legendary Flamingo. “The manager said, ‘Tell everyone you’re 19 or we’ll lose our licence’…,” Steve laughs. “We’d get home at 4am and get up for school the next day…”

Residences there and at the Marquee followed. “We played at the Goldhawk with The Who, and the Small Faces at the Albert Hall. It was a benefit for the Aberfan disaster and Dorothy Squires was on the bill.

“When we played, she came on and slapped a mod girl around the face. They dragged her off stage. It was a bizarre night!”

Steve was still 16 when Decca Records signed them. They changed their name to Love Affair, but their first single, the Jagger/Richards song She Smiled Sweetly, flopped. “I was glad – I hated it,” says Steve.

Decca dropped them and CBS swooped.

Ellis had been working part-time at the Co-op but moved on to six-month apprenticeship on a building site. “I asked the Scottish foreman for a day off. He said, ‘What for, laddie?’ I said, ‘I’ve gotta make a record mate’…and that was Everlasting Love.”

Still kids, they sabotaged Maurice’s drum stool on Top Of The Pops, replacing the bolts with matchsticks so when he sat down it collapsed under him. “Imagine doing that now! Health & Safety would be on you like a ton of bricks!”

They tried to prank Val Doonican on his TV show too. “We got his rocking chair and made it so it’d fall flat if he sat on it, but he caught us red-handed…”

At Kettering two female fans got hold of Steve’s trousers while he was singing, one leg each, and pulled. “I was left standing there in me pants…It all felt surreal, but we worked hard, we toured the country, slept in the van; we sometimes played three one-hour sets a night.”

There were problems, though. When the band recorded Everlasting Love, a US hit for soul singer Robert Knight, their management wasn’t satisfied.

Steve says, “I was told to go to CBS studios where I found a 40-piece orchestra waiting for me.”

Other Love Affair A-sides were recorded similarly, just Steve, an orchestra and a brass section.

“Live it was a pain because we couldn’t recapture that sound.” And the rest of the band, who only played on the B-sides, resented it.

Then Jonathan King outed them for it. “It was common practice back then, but it made all the papers. What a stink.”

He shakes his head. “Live we kicked arse…”

Steve’s mother disapproved for other reasons. Even at the height of his fame, she scolded him, saying “You could have been managing the Co-op.”

Love Affair had more hits in 1969 – including Bringing On Back The Good Times – but never topped their first.

Ellis quit in 1969 to pursue a solo career. “The band wanted to go progressive rock and that wasn’t for me. I’d always been a soul-boy. The main reason we broke up though was the screaming. We couldn’t hear what we were playing. It wasn’t music any more, just madness.”

Steve made his first solo album, recorded the soundtrack for the 1970 film Loot, and then formed Ellis with Zoot Money – “commercial suicide…”

Mid-70s rock band Widowmaker fared better, but by 1981 he’d left the business and was working at Shoreham Docks, until his feet were crushed by a forklift truck.

It took eight years of operations and therapy to fully recover. Ellis took up karate to rebuild his strength.

After a stint with New Amen Corner, he released an album called The Best Of Days with friends Paul Weller and Roger Daltrey in 2015.

Ellis, who has lived in Brighton for forty years, was born in Edgware, Middlesex. “My Dad was East End, Bow Bells. He worked as a shipping clerk for Lloyds and ran off and joined the RAF as ground crew during the war. My grandfather was at the Somme in the horse artillery.

“They debunked to Finchley – mum and dad bought a house with grandad and had four kids, I was second.”

Steve, happily married for 48years, has three grown-up children. To relax, he restores Japanese Samurai swords and watches Match Of The Day.

He’s currently working on a 10CD Love Affair box-set due out in April. Autotuned pop stars and unknown “celebrities” get his goat, along with “reality stars”.

“When we started out, we had to work for fame. Now talentless people go on TV and suddenly they’re all over the shop. I don’t get it.”