Mickey Guyton is ending her week on a high note!

The 37-year-old singer released a special Amazon Original cover of Beyoncé’s “If I Were a Boy” on Friday, the same day she received an Academy of Country Music nomination for New Female Artist of the Year. The all-new track is available exclusively on Amazon Music, as part of their slate of Black History Month content highlighting the impact of Black music pioneers who have created radical and innovative work.

“It was important for me to record ‘If I Were A Boy’ because I have been fighting in country music for so long to just be accepted for who I am,” Guyton, who originally covered the song back in 2016, shared in a statement. “This song represents the release and the birth of something new. Really this song means so much more to me, and has a completely different meaning, than when I first heard it.”

So proud to share my version of "If I Were A Boy" on @amazonmusic in collaboration with the amazingly talented artist @VivaIllajams, who created the cover art. I hope that when people see it they don't see me, they see themselves. 🤍 #AmazonOriginalhttps://t.co/ErKHNAFYqNpic.twitter.com/PnYU8sspdB

Guyton teamed up with artist Jamilla Okuba to create the single’s original cover art. “I discovered Jamilla through Instagram, and it has been really important for me to support Black Art in whatever capacity that is,” she explained. “When this project came together, I knew Jamilla needed to create the artwork, and it’s just so beautiful that we’re able to do this together.”

“When people see the cover art for my version of ‘If I Were A Boy,’ I really hope that people don’t see me, but that they see themselves,” she added. 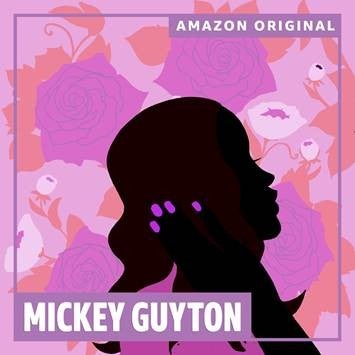 In addition to her ACM nod, Guyton’s song, “Black Like Me,” has also been nominated for Best Country Solo Performance at the upcoming GRAMMYs. The recognition makes Guyton the first Black female solo artist to earn a nomination in a country category.

“Honestly still can’t believe this happened,” Guyton wrote on Instagram back in November, after hearing the news. “I haven’t been able to put into words the emotions I feel right now. I have been hitting the pavement for so long just trying to get an opportunity to be heard. And now here I am nominated for a Grammy!”

“I feel seen. I feel heard. I am a living testament that you should never give up on yourself. You never know what God has waiting for you around the corner,” she continued. “This Grammy nomination is for every Black girl that felt unseen. That felt unheard. That felt unloved. That felt like they weren’t enough. That felt unpretty. That felt shoved in a corner and completely unconsidered. This is for them.”

Hear more in the video below.