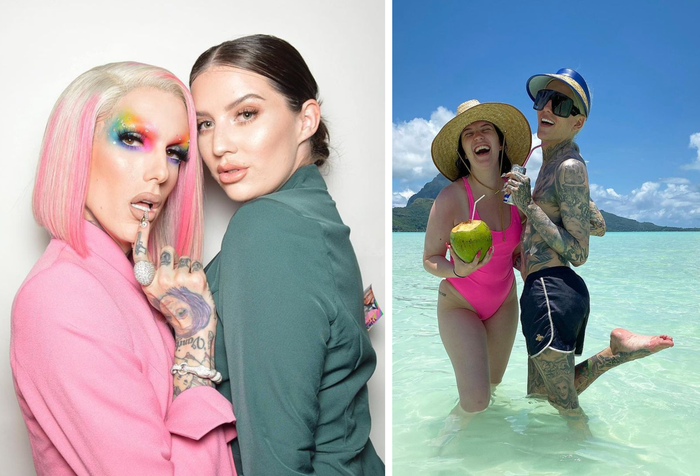 Jeffree Star and one of his key confidants appear to have split in yet another scandal for the beauty guru. Madison Lytle, AKA Madison Taylor or Maddie, was Star's longtime friend and executive assistant. It appears that she unfollowed Star in early December and may no longer be working at Star's company Jeffree Star Cosmetics.

A LinkedIn profile that appears to be Lytle's exists, and it shows that her tenure at the cosmetics company lasted from November 2017 to December 2020. During those three years, Lytle frequently appeared in YouTube videos with Star.

"You are one of the most caring + compassionate people I've ever met in my entire life…" Star wrote in a birthday tweet to Lytle in December 2019. "I'm blessed to not only have you in my life, but to call you a friend. Can't wait to conquer 2020 together!"

The LinkedIn description for Lytle's role at JSC said that she handled Star's day-to-day operations, discussed and responded to offers, opportunities, and proposals for Star, and managed Star's home and office. In vlogs on his YouTube channel, Star said Lytle quarantined with him in his mansion during the COVID-19 pandemic.

On December 11, the same day fans of Star noticed that he and Lytle unfollowed each other on Instagram, Lytle posted an Instagram story of a quote that says "Believe it or not there isn't a single person you need in this life more than yourself. Put her first." Fans speculated that Lytle may not have wanted to accompany Star on his move to Wyoming that had been occurring throughout 2020 as he became a part-time resident of the state.

Lytle traveled with Star in the past, including on a vacation to Bora Bora in November 2019. "Thank you @jeffreestar for being the best boss a girl could ask for & an even better friend. We have been through some crazy shit the past two years, but I wouldn't trade it for anything," Lytle captioned an Instagram post of her and Star at the time.

Lytle didn't respond to a request for comment sent to her JSC email address, which still works, or to her Instagram. Fans of Star noticed that the pair had unfollowed each other around December 11, which was four days after Insider reported that a leaked image of a cashier's check appeared to show a JSC executive paying one of Star's sexual assault accusers $45,000 earlier in the year, following another Insider investigation into Star. Lytle intercepted media requests for comment sent to Star as part of her role as his assistant.