Harry Styles released his second solo album Fine Line back in December. However, before fans got hold of it, it was approved by Fleetwood Mac legend Stevie Nicks at a VIP private listening session at his house. In a new interview with Rolling Stone, the legendary singer-songwriter gushed about Styles’ new album, saying she’s basically listening to nothing else at the moment.

“To me, it’s just like the summer of Crosby, Stills and Nash, where I listened to nothing but [their debut album] for six months,” she said.

Praising former One Direction star Styles, she complimented his ability to tell stories and went as far as to reveal he had managed to vocalise them in ways she hadn’t even been able to yet in her decades as a musician.

“Harry is recounting a lot of experiences that I had in my own life, beautifully,” she said. “And making me remember stuff, and bringing back memories that I really didn’t love and memories that I did love.”

READ MORE: GOOD NEWS FOR ONE DIRECTION FANS – COULD THERE BE A NEW SONG COMING? 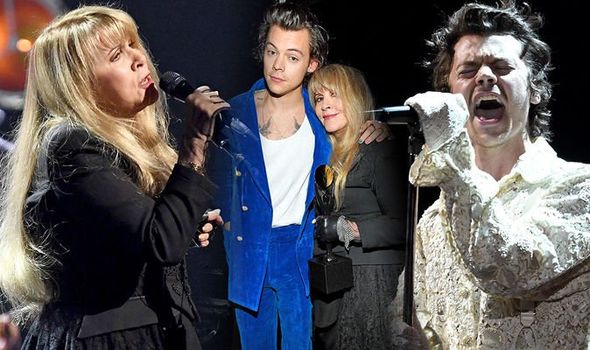 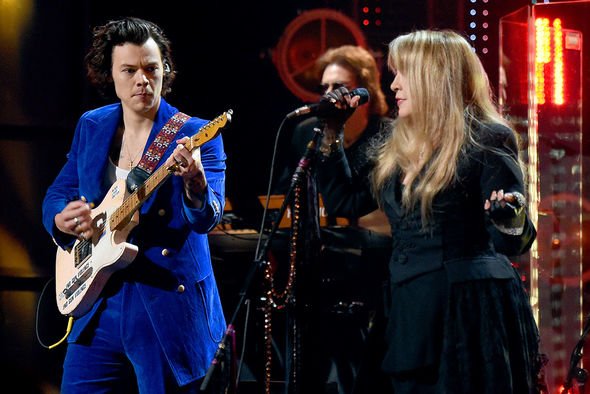 “For me to hear a record made by somebody in his mid-20s that says a lot of things that I haven’t gotten around to saying yet blows my mind,” Nicks added.

Telling her 242,000 Twitter followers how she was keeping busy and staying creative during lockdown, she said: “I am getting all my paintings and drawings out — listening to music (mostly Harry Styles’ Fine Line) and being inspired by him to write some new songs and poetry.

“Way to go H — it is your Rumours…” she added, huge praise by any standard.

SCROLL TO TEST YOUR KNOWLEDGE IN THE ULTIMATE ONE DIRECTION QUIZ! 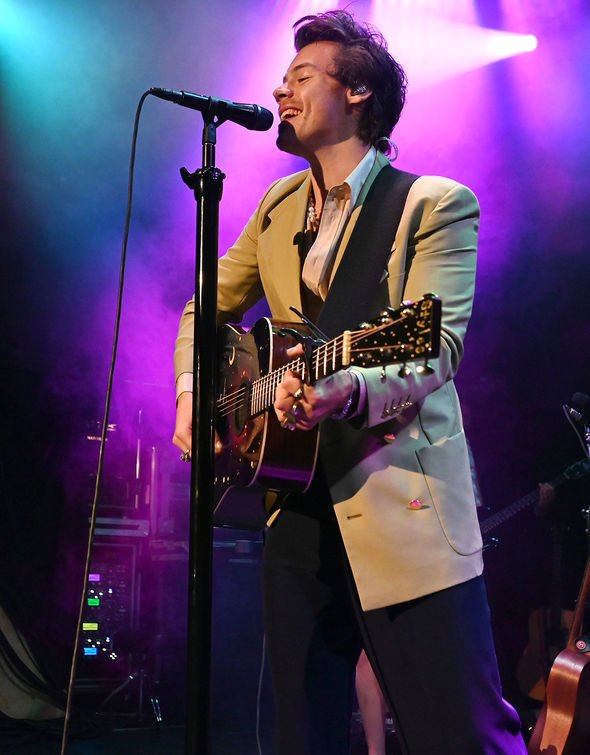 Meanwhile, Styles also told the story of how Nick sound up hearing the album before the rest of the world, telling Howard Stern: “It was pretty crazy.

“I’d just kind of finished the record and she said, ‘Oh, I want to hear the album,’” he continued, explaining how the impromptu listening party had occurred after he took Nicks and her friends out for dinner while they were in London on tour.

“They all came back to the house, and they’re so used to living nocturnally.

“They wake up really late and they kind of live through the night — because they’re witches,” he quipped cheekily.

One Direction reunion to INCLUDE Zayn Malik? Promising news for fans [ODDS]

The preview listening session then turned into an all-nighter, with Styles struggling to keep up with Nicks and her female friends.

“So, it’s getting to like 3am playing the album,” he recalled. “I’m like, ‘I kind of tired,’ and they’re right in their prime.

“They left at like six,” he added. “I remember them walking outside to get a car and the sun had come up and I was like, ‘I’m exhausted.”

Elsewhere, Nicks told Rolling Stone she is using the lockdown period to start focusing on a planned film project based on Rhiannon.

Her hit Fleetwood Mac song was inspired by the Welsh myth about a goddess or witch of there same name.

“I have some Rhiannon poetry that I have written over the last 30 years that I’ve kept very quiet,” she explained.

“I’m thinking, well, here I have all this time and I have a recording setup. And I’m thinking I’m going to start doing some recording.”

The star said putting some of his Rhiannon poetry to music was on her “to-do list”.

She also revealed she had pitched taking some time off to her Fleetwood Mac bandmates so she could work on her “Rhiannon nook/movie”.