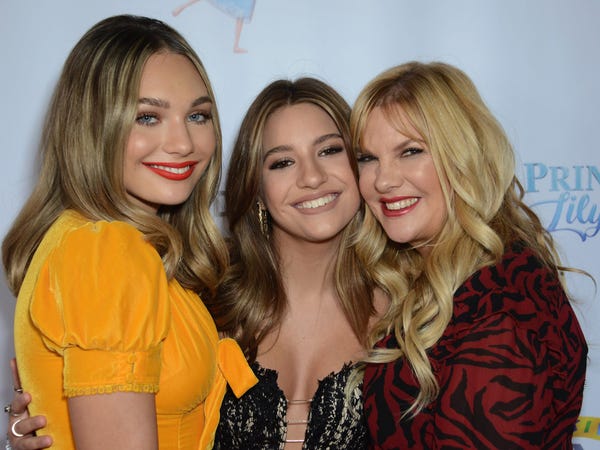 "Dance Moms" alum Mackenzie Ziegler is addressing her approach to social distancing amid the pandemic — but some of her followers don't seem satisfied with her explanation.

The dancer-turned-musician and TikTok star initially stirred up controversy online when she was spotted attending several gatherings with fellow influencers in August, including a party at the Hype House. While Ziegler's mother, Melissa Gisoni, defended her daughter online and denied that she was attending parties, the 16-year-old posted an Instagram story apologizing for not appropriately social distancing, adding that she was struggling to adjust to the "new normal" and promised to me "more careful" with her choices moving forward.

The teenager, however, continued to see friends at her home, spurring more criticism from her followers.

In a recent TikTok Live, re-posted by the internet news and commentary Twitter account @defnoodles, Ziegler addressed fan comments questioning her decision to continue to socialize with friends.

"First of all, I'm not gonna go my whole life without seeing my friends because, like, I literally can't. There's no way I can do that," she said in the clip. "And I feel like everyone feels that too."

When viewers continued to ask questions about her social distancing measures, Ziegler explained that she is frequently tested for COVID-19.

While many commenters viewing the live stream responded with heart emojis, Ziegler's explanation did not go over smoothly on Twitter.

"… what does she think the rest of us are doing?" one commenter responded to the clip of the live stream.

"She makes it seem like she can't [FaceTime] her friends. Sick and tired of people coming up with this bull—- of an excuse and people just accepting it," another wrote.

In another TikTok Live, which was re-posted to the popular @tiktokroom Instagram account, Ziegler reiterated that she was "being careful" and "getting tested" — and she resented fans' feedback suggesting that she "didn't care" about others' safety during the pandemic.

"I apologized, I made a mistake. I went out, and it was stupid, and I apologized for that," she said. "And I obviously care about you guys."

#kenzieziegler says her and her friends get tested

"How many times is she gonna apologize then keep doing it,"' one commenter wrote.

Representatives for Mackenzie Ziegler did not immediately respond to Insider's request for comment.