The BTS members have given each other pretty thoughtful gifts in the past. When it came for Jimin to imagine a Christmas gift for Jungkook, it made sense that the singer would pick a computer. Here’s what Jungkook said as a response during a 2017 interview.

Jimin and Jungkook are members of the BTS vocal line

These artists are smooth like butter. There are seven members in BTS, with Jimin and Jungkook functioning as two members of the vocal line. Together, these artists appear in songs like “The Truth Untold” and “00:00 (Zero O’Clock).”

As members of the BTS “subunit” 3J, Jimin and Jungkook danced alongside J-Hope for Megan Thee Stallion’s “Butter” verse.

Outside of their working relationship, Jimin and Jungkook are close friends, with Jungkook once gifting Jimin with a trip to Tokyo Disneyland for his birthday. These BTS members share love and appreciation for each other, especially around the holiday season.

BTS’ Jimin said he would give Jungkook a computer for Christmas

As a boy band who’s performed together for over seven years, BTS members know each other fairly well. During one interview with Ask Anything Chat, the BTS members revealed what Christmas presents they would gift one another.

“No,” Jungkook said. “I have a supercomputer.”

RM reaffirmed Jungkook’s sentiments to the “Serendipity” singer, saying that Jungkook doesn’t need a new computer if he already has one. Jimin responded with “ok” before elaborating on his answer in Korean to RM.

Jungkook often shares his love for video games, though. During one interview with Jimmy Fallon, the “Euphoria” artist said that if he wasn’t a member of BTS, he would probably be a professional video game player. Of course, Jungkook presumably uses his computer to hang out with fans during his “V Live” live streams. 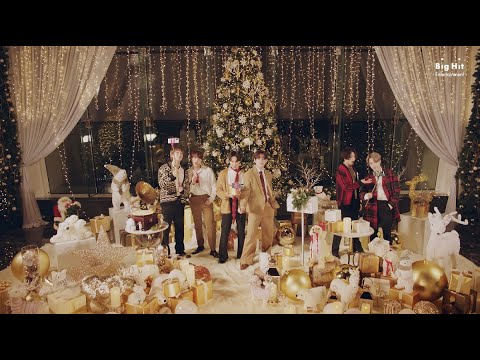 BTS released holiday remixes of songs like ‘Butter’ and ‘Dynamite’

These artists often release remixes of their most popular songs, “Butter” and “Dynamite” included. In honor of the holiday season, these artists gifted fans with Christmas-y remixes of the two tracks, even performing a version of the “Dynamite” (Holiday Remix) for YouTube (sans Suga, who was still recovering from surgery).

The BTS members received some pretty lavish (and thoughtful) gifts in the past. In honor of his “Golden Maknae” nickname, ARMYs gave Jungkook actual gold bars for his birthday.

Now global superstars, the BTS members halted receiving physical gifts from fans. As a result, some ARMYs celebrate the BTS members and their birthdays with donations to nonprofits, LED Billboards in major cities, and an increased streaming number on specific songs.