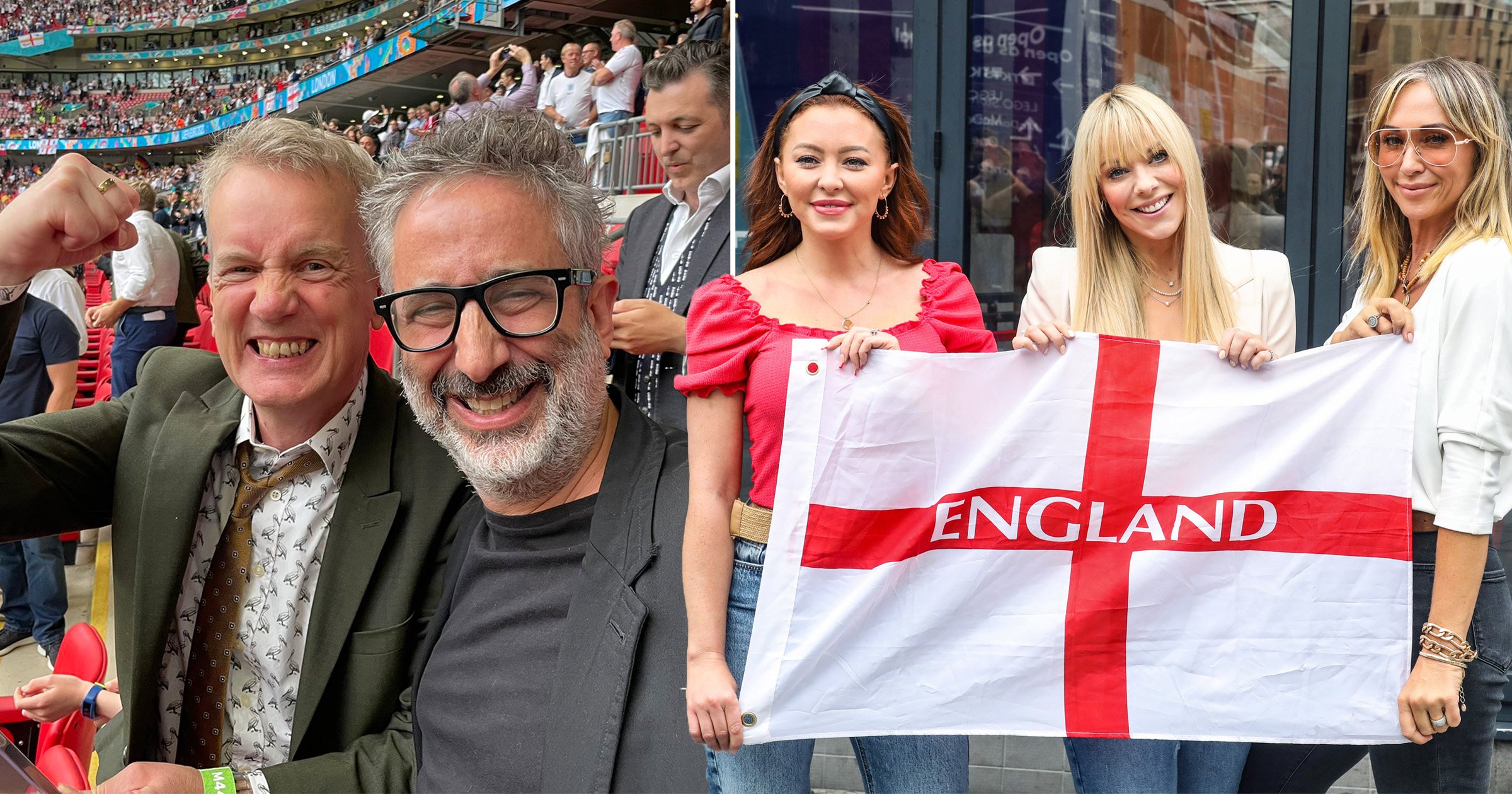 Atomic Kitten have called on David Baddiel and Frank Skinner for a collaboration to mark the 2022 World Cup – and we are already sold on it.

The iconic girlband – Natasha Hamilton, 38, Liz McClarnon, 40 and Jenny Frost, 43 – saw huge success with their 2000 hit Whole Again and it was given a new lease of life when football fans changed the lyrics for the 2016 World Cup.

Reuniting to give the people what they wanted, Atomic Kitten officially released Southgate You’re The One, and it looks like they don’t want to stop there.

‘I was thinking next year for the World Cup, the Kittens and Baddiel and Skinner could maybe collaborate,’ Natasha suggested.

The comedians famously teamed up with The Lightning Seeds for their anthem Three Lions – so if anyone can bring football home, it’s that lot.

Chatting about how the song came about, Liz added: ‘This time three years ago, England were playing in the World Cup because I started being sent videos from three years ago with people singing the song.

‘People were singing it in a pub but it was quite tentative. Whereas fast-forward three years, everyone’s singing it! It’s kind of been a slow burner over three years, which is very bizarre to think.

‘It was the fans that changed the words and everyone was like, “You’ve got to sing it girls.”‘

And sing it they did. Natasha and Liz got together in Boxpark Croydon to belt out the tune, with the video of the moment going viral.

While Gareth and the team haven’t heard it just yet, the girls aren’t too disappointed. As they pointed out, ‘they might be a bit busy.’

However, they’re keen to have a drink with the team after the final and chat about it and oh, to be a fly on that wall.

Aside from football, the Kittens stepping back into the recording studio is a big moment for pop music – while Natasha and Liz have kept things going throughout the years, Jenny hasn’t been part of the band since 2008.

Asked if it was an easy decision for her to return, Natasha interjected to point out that they’d asked her when she’d had a drink.

‘I was a bit tipsy!’ Jenny laughed. ‘I’ve been following the football and everyone was sending me the video of the girls at Boxpark saying how amazingly they did.

As an extra bonus, the girls are thrilled to be able to bring a bit of girl power to a sport that so often sees women excluded.

‘There’s a lot more women in sport and football in general [at the moment] which I think is really good but the fact that we are a girlband and all the other football chants are very masculine – I think we can bring a bit of glamour!’

Atomic Kitten’s Southgate You’re The One (Football’s Coming Home Again) is out now.