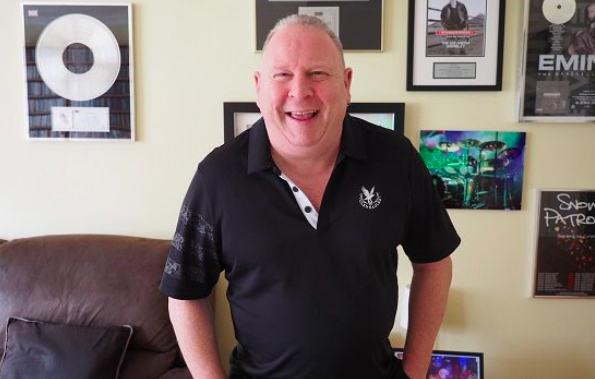 Ash, Garbage and Kodaline are among the musicians paying tribute to ‘superstar’ agent Steve Strange, who has died aged 53.

The agent died following a short illness, according to a statement from his agency X-ray Touring.

A spokesperson said: ‘X-ray Touring are deeply saddened to announce that Steve Strange, one of the founding partners of the agency, has passed away after a short illness. We have lost a legendary figure in our personal and professional lives that we will all deeply miss.

‘Steve was a unique individual within our industry, his overwhelming love of music lead to a 30 year plus career guiding the touring of an eclectic mix of artists from all genres of music that he adored. A universally known, hugely respected and loved character – if you hadn’t already seen him at a gig or festival, you’d most certainly hear his infectious and infamous laugh.

‘Steve had the best ears in the agency business, signing and developing the careers of countless world class Artists from small club venues to vast international multi-stadium tours. He will always be remembered with love by his friends & colleagues at X-ray and the world over.’

Strange was the booking agent for huge acts including Coldplay, Eminem, Snow Patrol, Queens of The Stone Age, Stiff Little Fingers, Jimmy Eat World and Ash, among many others.

Northern Irish band Ash lead the tributes on Twitter, writing: ‘Our hearts are broken. Goodnight Mr. Steve Strange. Agent extraordinaire. The heart of a lion. Straight outta Carrick, he changed this business forever. Our force. Our constant source. Our Shining Light. Miss you like crazy Strangey.’

Strange, from Northern Ireland, co-founded X-ray Touring in 2005, and the agency went on to represent over 400 acts.