The classical performer has sold over 150 million records worldwide and is considered to be among the world’s finest singers. Last week, Bocelli performed festive carols in an abandoned cave as part of his Silent Night: A Christmas Prayer concert, which was streamed on Facebook Live. His rise to international acclaim was assisted by fellow Italian operatic tenor Pavarotti, who hand-picked him from a number of other talented singers.

Despite his undeniable vocal talent, Bocelli’s upbringing seemed unlikely to predict his future success as a classical performer.

His father, who sold agricultural machinery in Tuscany, was said to have “absolutely hated the opera” and considered it “boring”.

Bocelli explained: “For him, it was an old thing for old people.”

Although his father was less than impressed by the genre, he later confessed that he “was very proud” of the star. 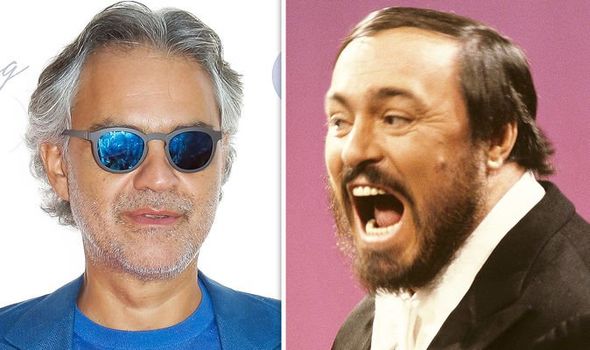 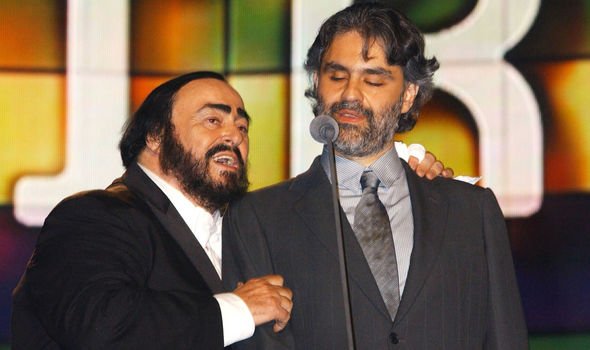 Bocelli studied law at the University of Pisa and performed at nightclubs and piano bars in the evenings to support his academic pursuit.

His vocal talent was first-recognised back in 1992, when auditions were held to find a sensational tenor to perform on the song Miserere.

Zucchero Fornaciari, a musician who was dubbed “the father of Italian blues”, wrote the track and was on the lookout for someone to sing alongside him.

Fornaciari wanted Pavarotti to sing alongside him but after the classical legend heard Bocelli’s audition tape he was taken aback. 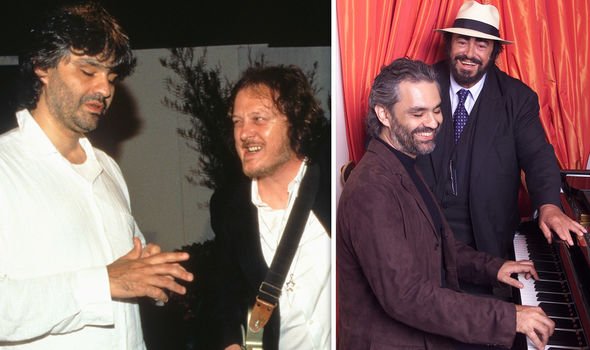 He declared: “Thank you for writing such a wonderful song.

“Yet you do not need me to sing it – let Andrea [Bocelli] sing ‘Miserere’ with you, for there is no one finer.”

Bocelli later went on tour with Fornaciari, which earned him fame and later led to his first record-deal in 1993.

He became good friends with Pavarotti, who asked him to perform at a high-profile charity gala concert, which led him to gain more fans. 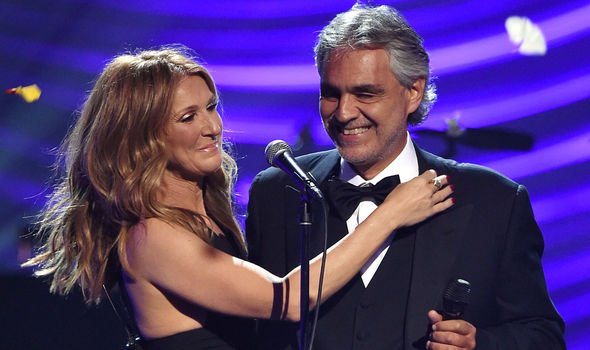 In 2015, Bocelli told The Telegraph: “Pavarotti loved me.

“He called me [to perform] at his wedding and his wife called me again for his funeral.”

Bocelli described Pavarotti as “an exceptional artist and a dear friend” during an interview with the Arabic publication Alghad in 2017.

He recalled being “deeply upset” by the singer’s death from pancreatic cancer in 2007 despite “expecting it”. 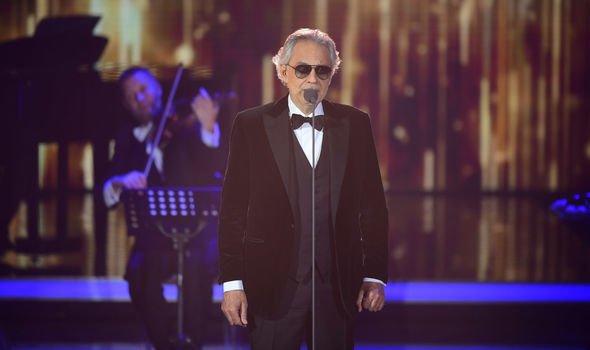 Bocelli said he was “deeply grateful” for how “very kind” Pavarotti was to him and how he helped to advance his career.

He said: “Even though he left us ten years ago, his voice is always alive in everyone’s heart including mine.

“I have had the privilege of knowing him and sharing many memories with him, and each one of them is just as strong and alive today.”

Among Bocelli’s countless achievements is a Guinness World Record for simultaneously holding the top three spots on the Billboard Classical chart in 1999.

Despite disliking the label, he is considered to be a “crossover artist” as he has performed alongside a number of pop stars including Ariana Grande.

Celine Dion, who duetted with him in 1998, once said: “If God had a singing voice he would sound like Andrea Bocelli.”

Hollywood star Elizabeth Taylor also revealed that his voice brought her out in “golden goosebumps”.

But Bocelli felt he remained in the shadow of his late mentor, which was something that he considered to be an honour.

He said: “Pavarotti remains one of the century’s most beautiful voices; a beacon to follow in his trace, for anyone who wants to approach the repertoire Big Luciano had sung.”