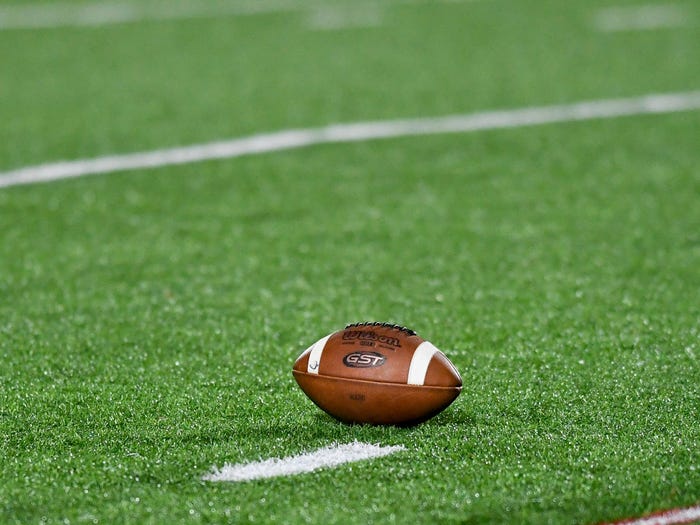 A viral video that appears to show a youth football coach hitting a child's helmet multiple times during a game held in Florida has led to the coach's expulsion from American Youth Football and termination from his job at the Chatham County Sheriff's Office, Yahoo News reported.

The clip of the incident has gone viral on multiple social media platforms and appears to have first surfaced on December 8 on Facebook, Fox News reported, although the linked post appears to no longer be public. One Instagram repost of the video from former professional football player and FOX Sports host Shannon Sharpe has amassed nearly 800,000 views in less than a day, and the video has amassed approximately 3.7 million views on Twitter as well.

LeBron James also acknowledged the incident, writing on his Instagram story, "Ain't no way!! Couldn't be my kid. Hell if I there and it's not even my kid we gone have more than words for sure."

A spokesperson for the team, the Savannah Gators, reportedly told the Savannah Morning News through the team's Facebook page that "he was wrong and is fired from this organization's coaching staff." Multiple outlets including Complex and Fox News reported on what appears to be a screenshot of a statement made on the team's Facebook page saying that Williams would be terminated and that "we do not support coaches putting there [sic] hands on players or kids." The entire Savannah Gators page appears to have since been deleted, and Insider was unable to view the original post.

According to the Orlando-based News 6, American Youth Football Executive Vice President & General Counsel Adam Laufer said in a statement that the organization is "beyond disappointed in the coach's actions" and that he has been "banned indefinitely from all future AYF events and activities."

Yahoo Sports reported that, according to an incident report from the Osceola County Sheriff's Office, the player's mother told the officer in charge of handling the incident that she was aware of what happened but did not want to press charges. The mother reportedly told the Savannah Morning News that "none of these coaches would harm [the] kids" and that she didn't wish to speak about the incident.

The Savannah Police Department also published a statement about the incident in a December 10 Facebook post, writing that the department had looked into the incident. "After contacting the police department in the city the team was at when the incident occurred, we learned that their detectives had already begun investigating the coach's actions," the statement says.

The Chatham County Sheriff's Office, Williams' former employer, said in a statement posted to Facebook that Williams was no longer an empl0yee of the CCSO, stating that he was a counselor in the detention center and not a deputy.

Another video that appears to be linked with the incident, posted by Alexis Cobb, appears to show Williams apologizing, although the man's identity is not explicitly stated in its caption. "At the end of the day, I am a man, and I'm not going to make no excuses for what I did. I was wrong. I shouldn't have disciplined him in public. I should have waited until we got back… There is no excuse for my actions… he forgave me, and his parents have forgiven me, so nobody else should be bashing me," the man in the video says.

A phone number that appeared to belong to Williams did not immediately respond to Insider's request for comment and to confirm that he is the man in the video Cobb posted.