MUSIC
THE RITE OF SPRING

It seems Sir Andrew Davis is in bucket-list mode this season, as he prepares to step down as the MSO’s chief conductor in a few months.

His tenure with this orchestra has seen him tame several of the repertoire’s most fearsome beasts – his first ever Beethoven Missa Solemnis back in 2016 and the (almost) completion of his Mahler symphonies cycle earlier this year stand out as prime examples. So, it’s little wonder he’s also made sure to tick off a work so colossally challenging that it is considered the ultimate litmus test of a conductor’s skill. 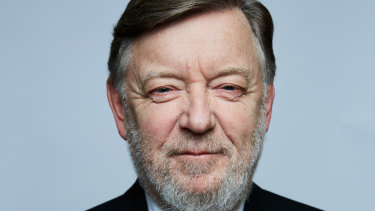 This scandalising score, provocative enough at its 1913 premiere to be riot-worthy, is powered by a curious contradiction. It’s music that is at once both primitive in its ritualistic energy and yet exquisitely sophisticated in its construction, and Davis’ direction found a similar duality.

From the first sinuous yawp of the opening bassoon solo, every visceral shade of this music’s raw, muscular textures was drawn with incredible finesse, but this account also embraced the unapologetic ugliness of Stravinsky’s paradigm-busting sound-world. This orchestral super-organism unleashed the finest playing I’ve heard from the MSO this year, by turns monstrous and majestic, brutal and breathtaking.

By comparison, the other work on the program, Stravinsky’s Persephone, is of a more middle-rank quality, but in the hands of such talented musicians, including the MSO chorus, the Australian Girls Choir and National Boys Choir, this was still a thoroughly compelling listen. The clarion-crisp brilliance of American tenor Paul Groves more than compensated for the meandering monotony of Stravinsky’s writing, while Lotte Betts-Dean’s narration (in perfect French) delivered drama in spades.