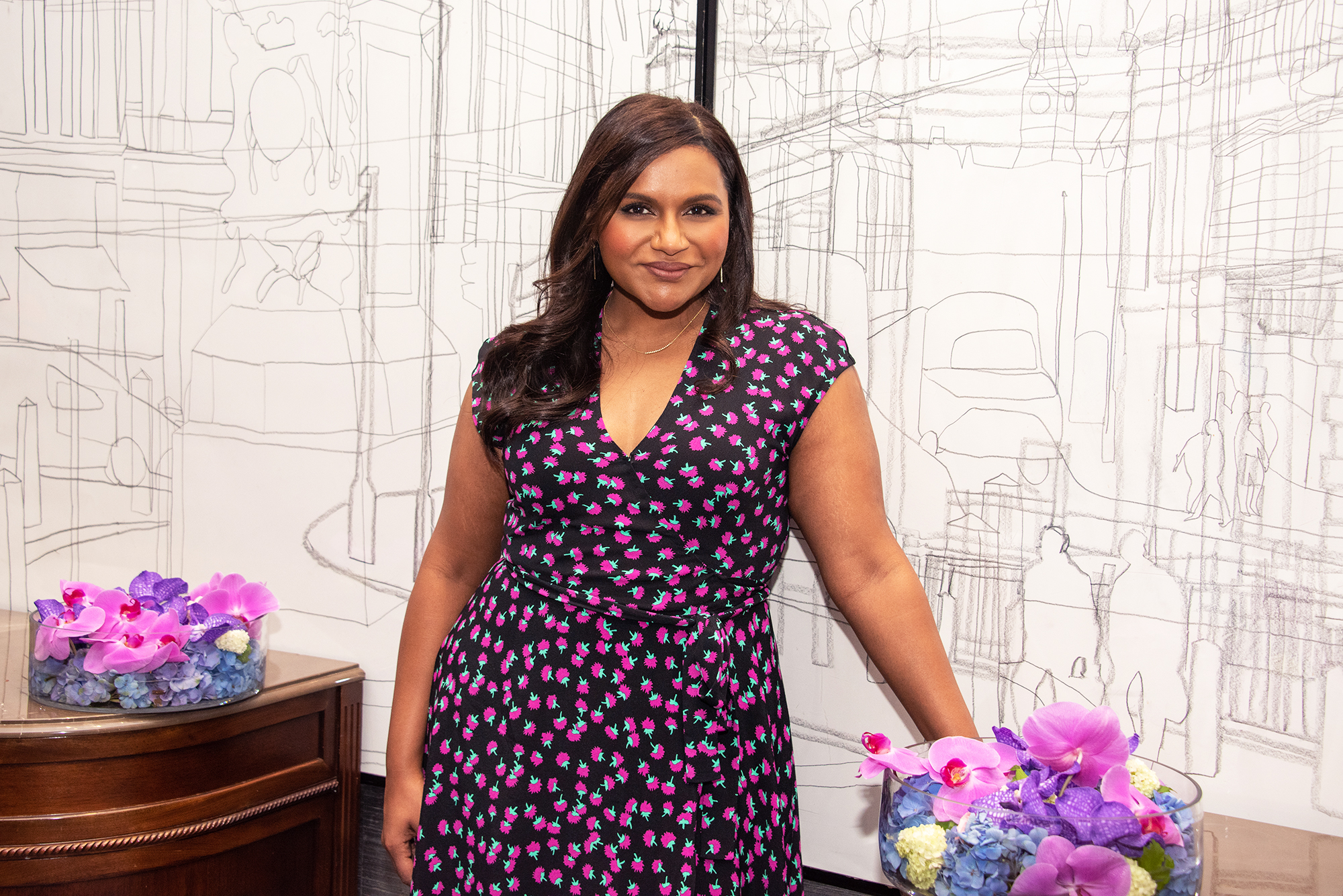 “Happy #NationalIceCreamDay! You didn’t ask for this but I’m trying out all the LA, hippie-dippie cult-favorite flavors,” the 40-year-old captioned the video of her taste test, which was posted on Instagram. “The best part is that I don’t even like ice cream that much, but this was enjoyable and I recommend you do this too.”

You didn’t ask for this but I’m trying out all the LA, hippie-dippie cult-favorite flavors. The best part is that I don’t even like ice cream that much, but this was enjoyable and I recommend you do this too ??

Seated in her kitchen, Kaling placed 12 pints of ice cream before her (two from each brand including celebrity favorites such as Jeni’s and McConnell’s Fine Ice Creams) and kicked things off by tasting a pair of flavors from Halo Top – the low-calorie brand loved by celebs such as Karlie Kloss and Brie Larson. “I cannot go to a spin class where those skinny little girls aren’t talking about Halo Top,” the Mindy Project alum joked, adding that she’s heard each carton is “like nine calories or something.”

Next up were a duo of offerings from Jeni’s and Van Leeuwen, the latter of which left The Office alum very impressed. “This is like straight up cream,” she said of Van Leeuwen’s Sicilian pistachio flavor. “I’m really blown away by this.” 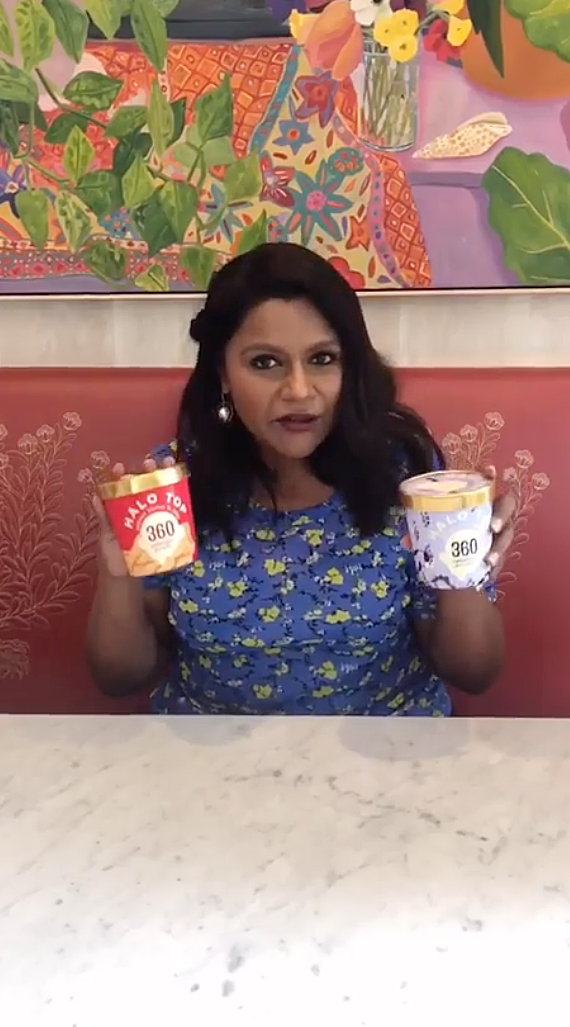 One flavor that didn’t earn Kaling’s praise? Salt & Straw’s Black Olive Brittle and Goat Cheese variety, which she deemed “straight up disgusting” before even taking a bite. After sampling the frozen treat, Kaling’s opinion remained unchanged. “If you have hankered for a Greek salad but made sweet, this is the ice cream for you,” she quipped while making a displeased face. “It’s not the ice cream for me.”

Though the Ocean’s 8 star didn’t reveal the winner of her epic taste test, she did make it clear that she preferred some flavors to others. A pint of strawberry from Bennett’s Ice Cream, which can only be purchased at the Farmer’s Market in L.A. got the seal of approval, as did McConnell’s Fine Ice Creams Eureka Lemon & Marionberries flavor, which Kaling joked sounded like something out of Harry Potter.

Despite throwing shade at Halo Top from the start, Kaling deemed the brand’s Peanut Butter & Jelly flavor “outstanding.” Like many Halo Top fans, however, Kaling took issue with the fact that the newly opened carton was far from full. “Halo Top, WTF?” she asked. “It’s too good for you not to fill this to the top.”