Sheridan cleared room in his busy schedule after the pilot script came in and Sheridan was so impressed that he called Oyelowo, who sparked to having him get behind the camera. “The reality is that [Taylor] is one of the best directors on the planet,” Oyelowo told Deadline.

With Sheridan directing those two initial episodes, Oyelowo said, “We have to populate the show with a bunch of Black people to make sure that going forward the next Taylors are Black and brown and that there’s a bunch of them, so that it doesn’t become a scarcity of the top-flight Black directors.”

Glasser revealed Sheridan’s new assignment during remarks he made at the dinner held to introduce Paramount+ to 150 members of London’s entertainment community. The service began streaming in the UK and Ireland on Wednesday. Sheridan didn’t come, because he is most comfortable on a ranch somewhere, roping, herding and writing.

Oyelowo regaled those at his table with a video of his growing skills as a horseman. He is getting quite good to prepare to do justice to Reeves, who as deputy marshal is said to have arrested thousands and gunned down 14 outlaws who challenged him. The transgressions ranged from horse theft to even arresting his own son for the murder of his wife. Reeves is said to have been the inspiration for the Lone Ranger. He patrolled the Wild West around the time that 1883 was set.

In a night full of speeches, Oyelowo gave the most impassioned one, thankful for finally being able to bring to life a series he’s tried to mount for a decade. turn. He lauded the relationship he has enjoyed with Paramount over many years, he reminded them, and other studios and streamers, that “this is the opportunity we now have to speak to the global majority with global storytelling as opposed to the global minority shaping the narrative for the world.” 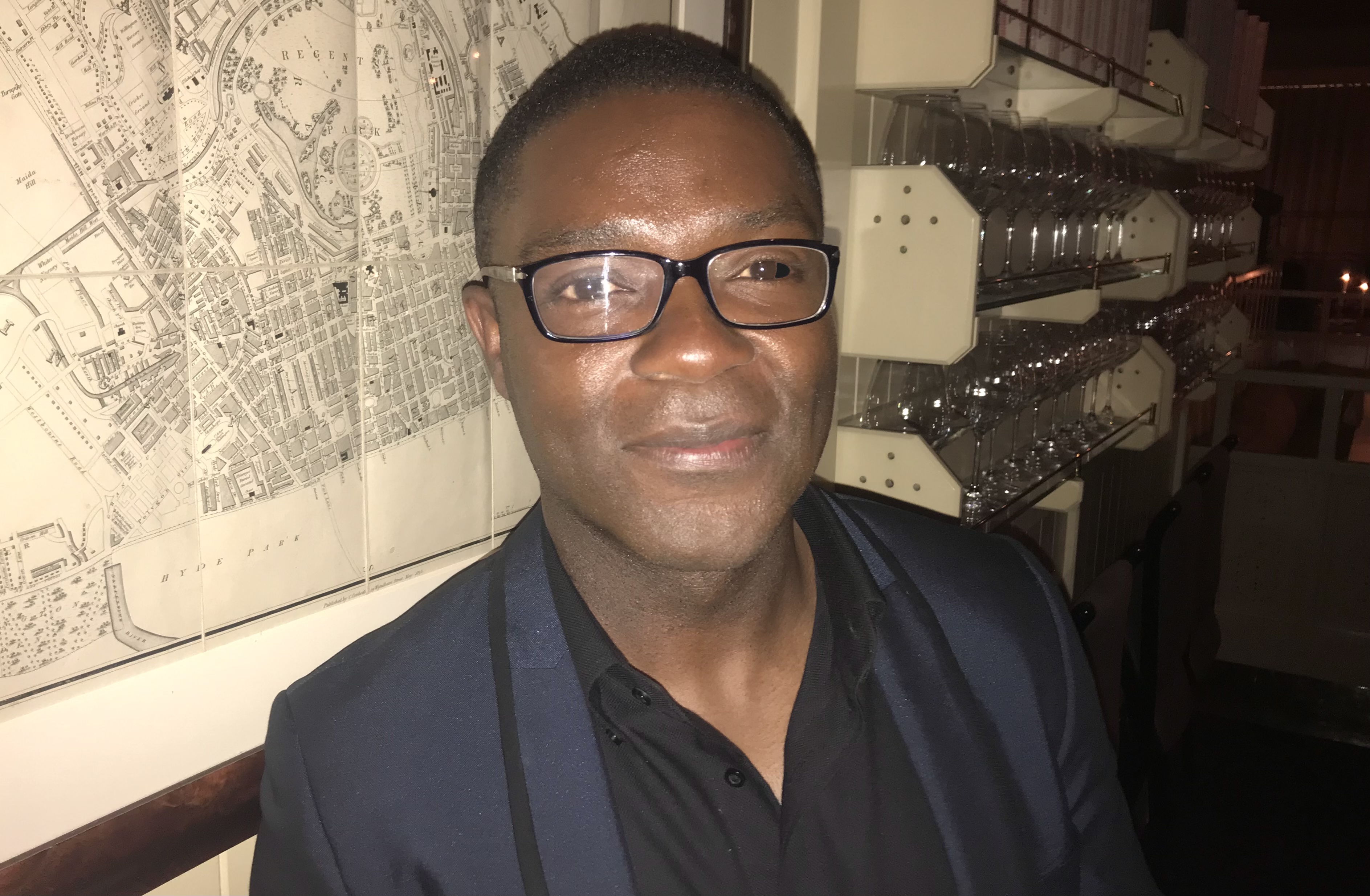 Later, he told Deadline: ”We were talking a lot last night about global storytelling and I think one of the brilliant things about streaming is that it has democratized storytelling in a way, Traditionally, you’ve had studios and studio heads who are basically ploughing the world with their own bias in terms of the types of stories that are told and the people who get to lead those stories. Those stories have a global impact but they’re not representative of the world itself.”

Noting the success of Squid Game on Netflix, Oyelowo said, “A foreign-language Korean series [has proved that] the idea that Black and brown, or anything other, doesn’t travel, is a lie! So now we are able to take that raw data and say, these are the stories we want to tell.”

He warned streamers: ”You are on notice because the world is watching.”

Bass Reeves charts the famed lawman’s life from when he was born into enslavement. After the Civil War he escaped his captivity, as Oyelowo explained it, to live in the Indian Territories where he learned the languages and tracking skills that he used when tasked as a deputy marshal to police the territories, “which were incredibly lawless,” the actor said.

”The mortality rate of being a deputy marshal back then was so high that the fact that he had 3,000 arrests — and a career that spanned into his 60s — these were things that were just unthinkable,” Oyelowo told Deadline. 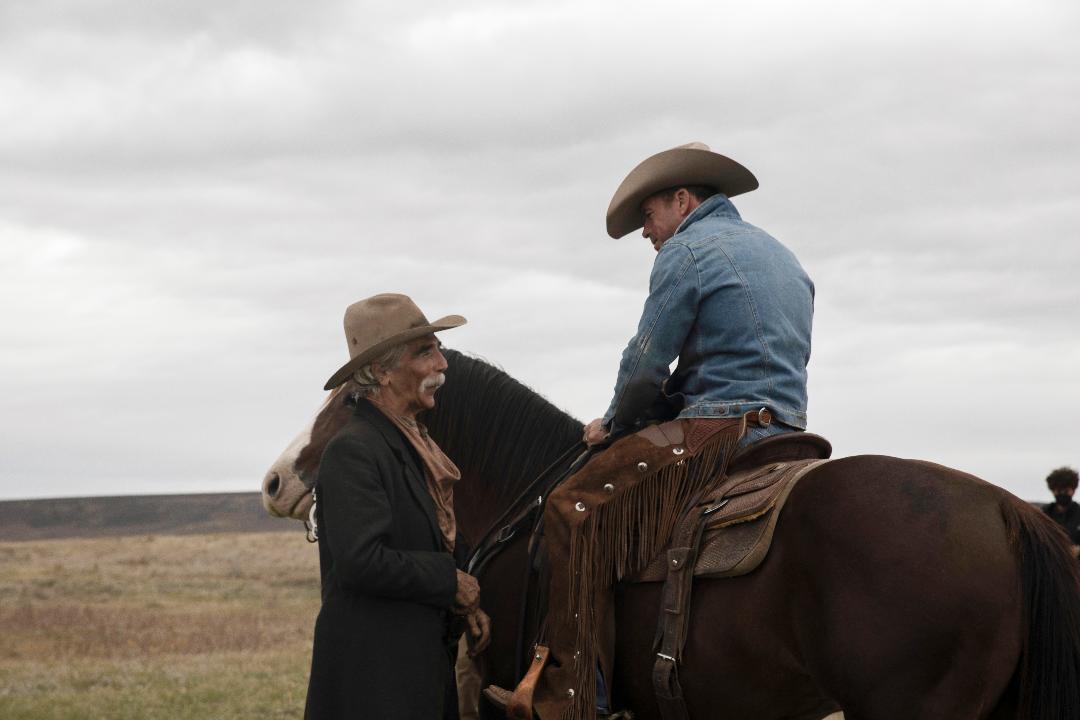 Oyelowo added that Sheridan read the pilot script for Bass Reeves, “as my fellow executive producer on the project and decided to drop everything to direct the first two episodes because he was that excited with what we were coming up with.”

The actor, who portrayed Dr. Martin Luther King in Selma, disclosed that Sheridan sent him a text six days ago expressing a desire to direct two episodes. “I was here in London. I hadn’t been expecting one from him. I opened the text and it said, ”’I love the script. I hope you don’t mind if I direct it, sir?’”

Laughing, Oyelowo said: ”I was like, let me think about it!”

He continued: “He did call me ‘sir’, that’s a Southern thing. I think he was just being polite. He did ask, which I appreciated. The reality is that he is one of the best storytellers on the planet. My whole thing is that we’ve got to tell a story worthy of that history, but worthy of a global audience and he’s one of those rare guys, and I’ve worked with a few of them, and he’s one of those rare ones who can really do that. It’s a big deal.”

He added: ”For me, it’s definitely a big deal. Especially since twice I went out with it and the entire industry said no to the idea of the story being told.”

Reeves, Oyelowo said, is the historical figure the Lone Ranger was based on. ”But, obviously, white-washing meant that we had a very different character than Bass Reeves actually was.”