WORKERS want bosses to fork out for air conditioning during heat waves to help them work from home. 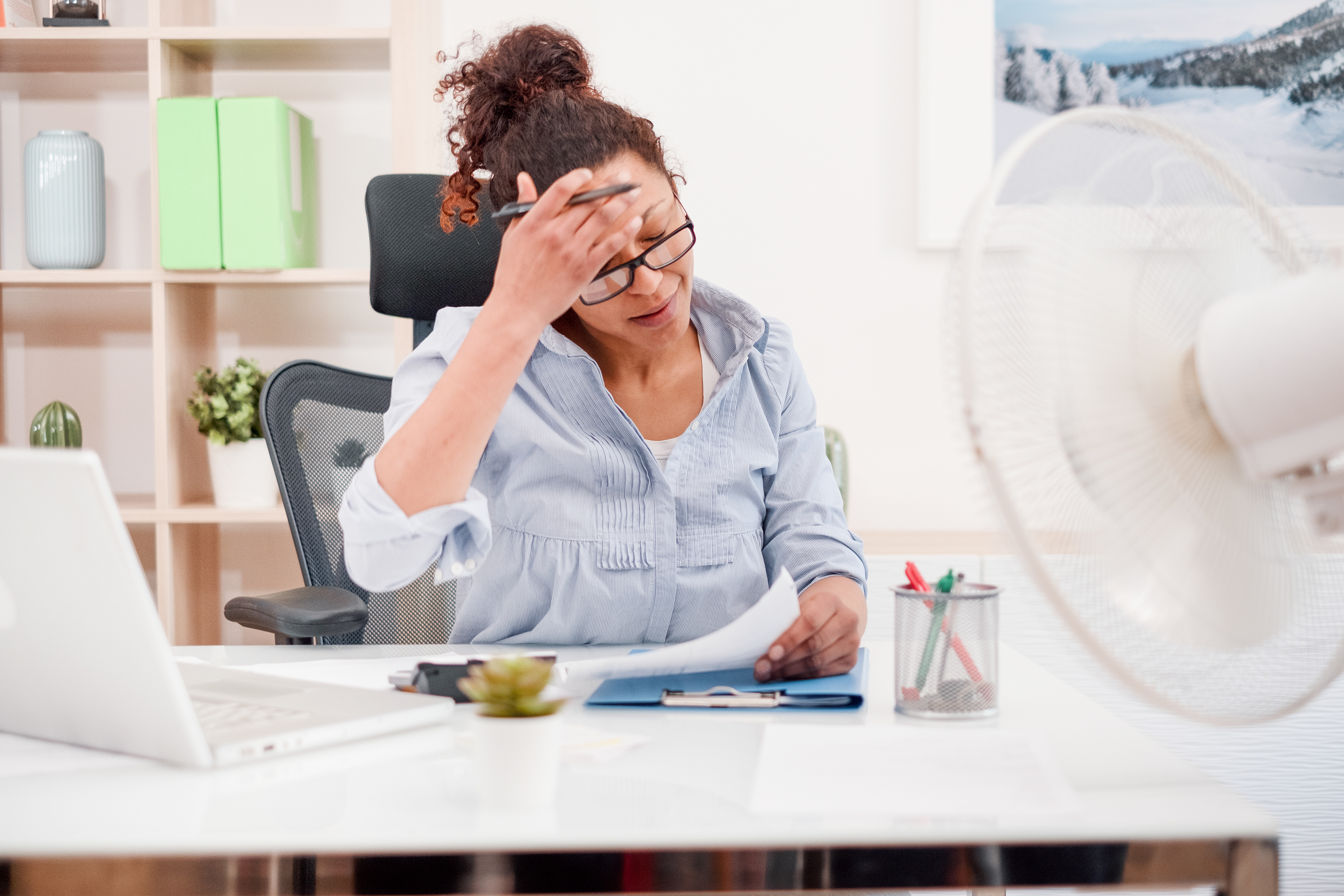 Six in 10 workers want their company to provide air conditioning when they're working from home.

A study of 2,000 adults found 44% struggle to keep on top of their work when the mercury soars, with four in 10 moving rooms to try and find a cooler spot to work.

A quarter of workers have even worked with the fridge or freezer door open in a bid to keep cool.

While four in 10 have simply refused to work when the heat has been too extreme – with respondents claiming a temperature of 28 degrees or above is too high for work.

As a result, 59% think their employer should have to provide them with air conditioning at home, as working from home becomes the new normal.

The research was commissioned by Andrews Air Conditioning after it saw enquiries for domestic installations from businesses rise by 150%.

A spokesman said: “This is certainly a hot topic that has workers divided.

“When the temperatures hit their peak, sometimes it does feel like there’s no escape of the heat in the haze of summer – so it’s understandable some would look to their employers for a solution.

“But at the same time, you can also see the point of view that it’s not an employer’s issue if they’re offering a place to work that provides an adequate temperature.”

The study also found more than half have ventured back into the office for a more temperate atmosphere when temperatures have risen.

But with Covid cases still high, nearly a third don’t feel comfortable working in the office – with one in six particularly worried when it’s busy.

More than half (53%) of those who think bosses should provide air-conditioning put this down to the changes in the workplace due to the pandemic, with many unlikely to return to the office full-term.

A third of respondents have even put in a request with an employer – with a further one in five planning on doing so.

Nearly half were willing to contribute to the cost of having an air con unit to use at home – though 29% didn’t believe that was necessary.

However, 32% would rather ditch the air conditioning unit entirely and be given time off to enjoy the sun instead.

But of the four in 10 who don’t believe employers should have to provide air-con for those working from home, 69% feel it’s not the responsibility of the firms to ensure their home isn’t too warm.

And 54% simply don’t think the hot weather lasts long enough to justify such luxuries, according to the research carried out via OnePoll.

A spokesman from Andrews Air Conditioning added: “We don’t often have long spells of really hot weather in the UK, so when we do, we can sometimes find it hard to cope with the heat.”

Brits are expected to bask in a 12-day long heatwave in time for the bank holiday.

We explain whether its cheaper to run a fan or air con in hot temperatures.

When is it too hot to work outside in the UK? We explain.