Woman, 20, whose face doubled in size and looked like she’d been ‘beaten up’ after reaction to home eyebrow tinting kits vows never to dye them herself again

A woman whose face doubled in size twice after having reactions to at-home eyebrow tinting kits reveals she was left looking like she’d been ‘beaten up’ as a result of the beauty treatment.

The mental health support worker said she’d used the Eylure Dybrow permanent tint for brows in dark brown for a year problem-free, so didn’t patch test before topping up her tint in 2018.

Initially she was happy with the results, but claims her eyebrows became itchy within hours – and Stephanie woke up the next day with a swollen and burnt face, with eyes weeping ‘green goo’ – leaving her needing steroids and antibiotics from her GP. 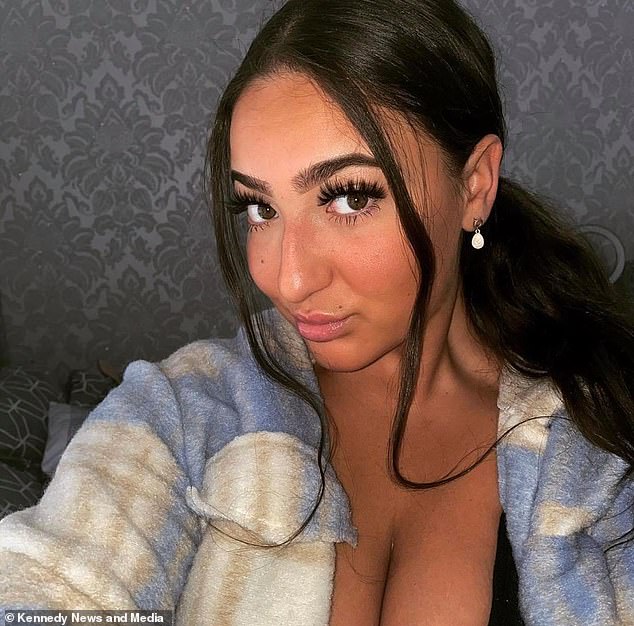 Stephanie Davies, 20, from Cefn Hengoed, Swansea, (pictured) reveals how her face doubled in size twice after having reactions to at-home eyebrow tinting kits 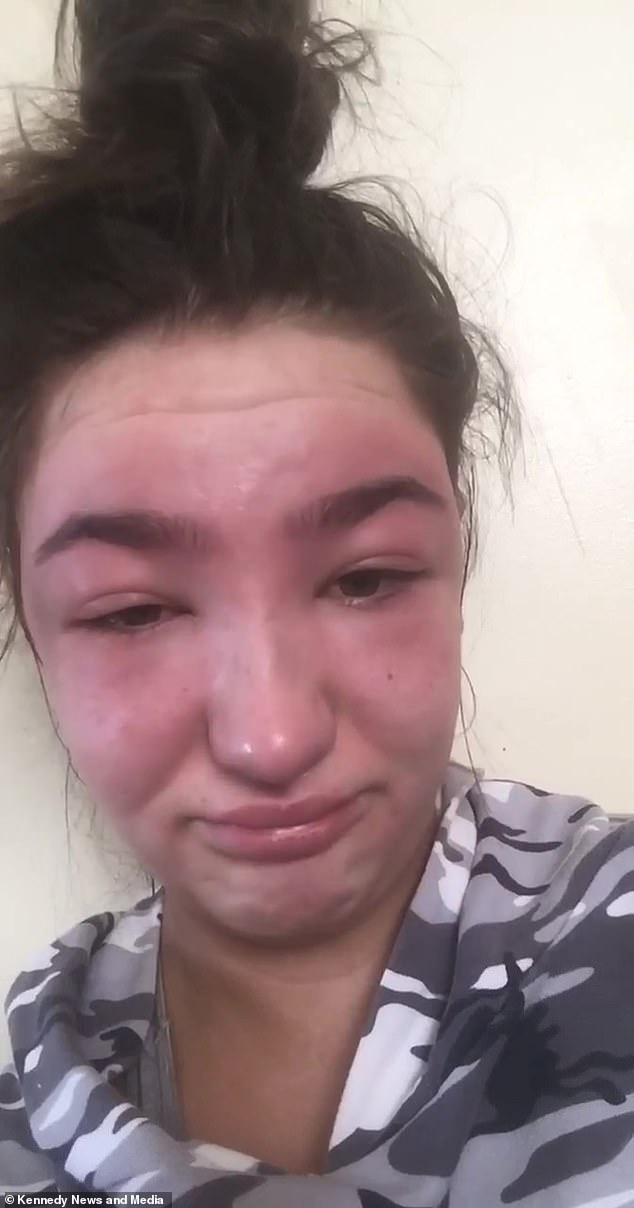 The mental health worker, 20, from Cefn Hengoed, Swansea, had her first reaction (pictured)  in 2018 when she used the Eylure colour kit, without a patch test 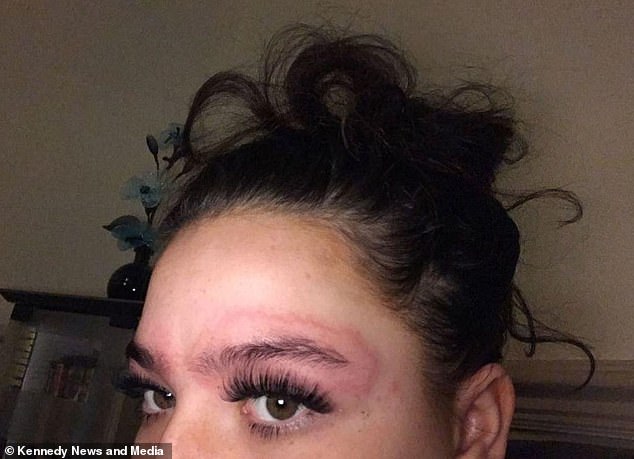 ‘My face doubled in size,’ said Stephanie. ‘It looked like I’d been beaten up. I didn’t recognise myself – I looked like a completely different person, it was awful.

‘I had to peel my eyelids open because they were folded over and my eyebrows felt rock hard and brittle, some hairs fell off.

She claimed reaction was so extreme that her manager at the time ordered her to go home for fear she would ‘scare customers’.

‘I love beauty,’ said Stephanie. ‘I always wear eyelashes and make-up but I couldn’t for a week. I wouldn’t go out like that. I went into work the morning after I tinted my eyebrows wearing sunglasses.

Why some people are sensitive to hair dye?

Some people are prone to a skin reaction called contact dermatitis.

This means their skin becomes red, dry and irritated (inflamed) when they come into contact with a particular substance.

The substance may either be an irritant, directly damaging the skin, or an allergen, triggering an allergic reaction that affects the skin.

Many permanent and some semi-permanent hair dyes contain a chemical called paraphenylenediamine (PPD), which is a known irritant and allergen.

This is the culprit of most reactions to hair dye.

‘When I took them off I remember my manager [at previous my job] saying “you can’t work today Stephanie you’ll scare the customers”.’

Stephanie used to get her eyebrows tinted at a salon, but decided to do it herself about three years ago.

Every month for a year Stephanie used the Eylure product to tint her eyebrows with no problems.

‘I put it on one night and I was fine’, she told. ‘I was itching through the night but didn’t think anything of it.

‘The next morning I couldn’t open my eyes and there was green goo coming out of them, like conjunctivitis. My face swelled up so much and all my ears and my throat was sore.

‘I was really upset and started crying, after I was sent home from work. I rang my doctor and had to have strong steroids to bring my face down.

‘It took a good week to go down and I wouldn’t go out [like that] I couldn’t even walk my dog Caesar.’

Having avoided at-home tints for two years following the first reaction in July 2018, Stephanie decided to try another product last week hoping it was an adverse reaction to that brand.

‘Before the first allergic reaction I liked getting my eyebrows done because they looked so good.

‘I did my eyebrows at home recently, this time I used a different brand. I just thought I’d give it a go.

‘I was fine for about three hours but then the same thing happened again, it started to itch and I started swelling up again.

‘I remember thinking “Oh god it’s happening again”, but luckily it was nowhere near as bad this time. I rang 111 and the operator suggested I take Piriton straight away.’

Since the second allergic reaction, Stephanie has vowed never to tint her eyebrows ever again, and instead will stick to using an eyebrow pencil.

‘It’s put me off tinting my eyebrows for life. I’ll never do them again, I’ll stick to drawing them on in future. 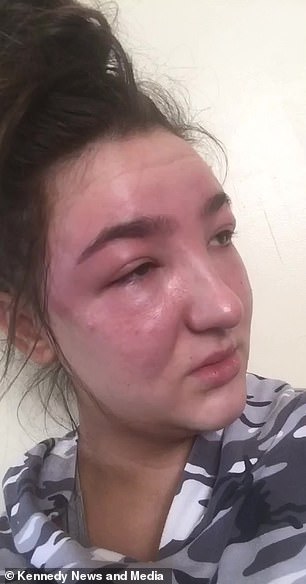 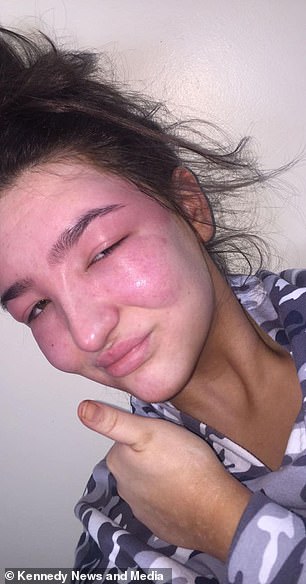 Stephanie woke up the day after using the Eyelure kit with a swollen and burnt face, with eyes weeping ‘green goo’ – leaving her needing steroids and antibiotics from her GP 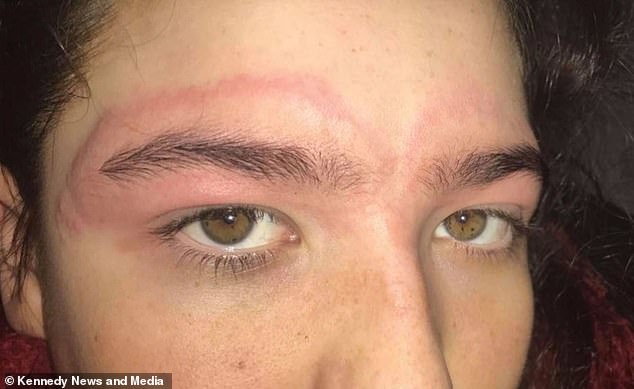 Stephanie decided to try another product last week hoping it was an adverse reaction to that brand, but once again had an allergic reaction (pictured)

‘I would say to anyone who does have their eyebrows done, to patch test 48 hours beforehand because it can take a while for a reaction to happen.’

Beauty lover Stephanie is speaking out about her ordeal to ensure no-one else suffers like she has and is urging people to always carry out patch tests, even if they’ve used a brand before.

Eylure and Colorsport said they advise all customers to conduct a patch test at least 48 hours before application, even if they have used the product previously.

An Eylure spokesperson said: ‘We always advise that a patch test must be carried out 48-72 hours prior to any form of dye application as stated on our packaging, even if you are a regular user.’ 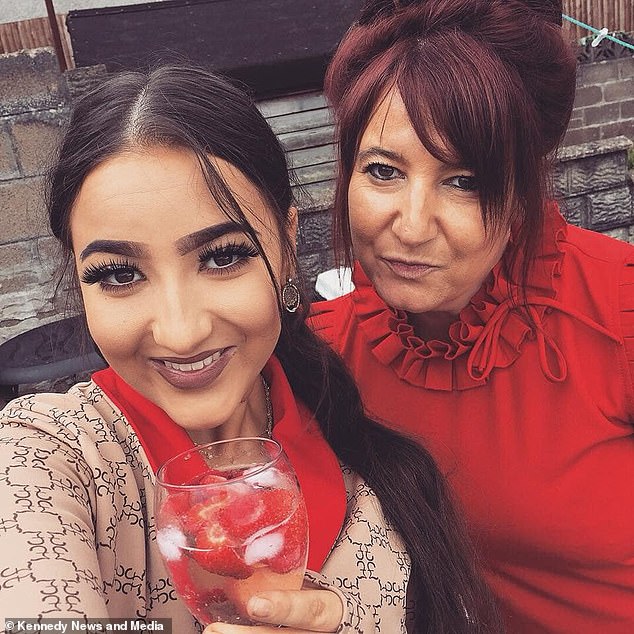 Beauty lover Stephanie, pictured with her mum Joanna, is speaking out about her ordeal to ensure no-one else suffers like she has 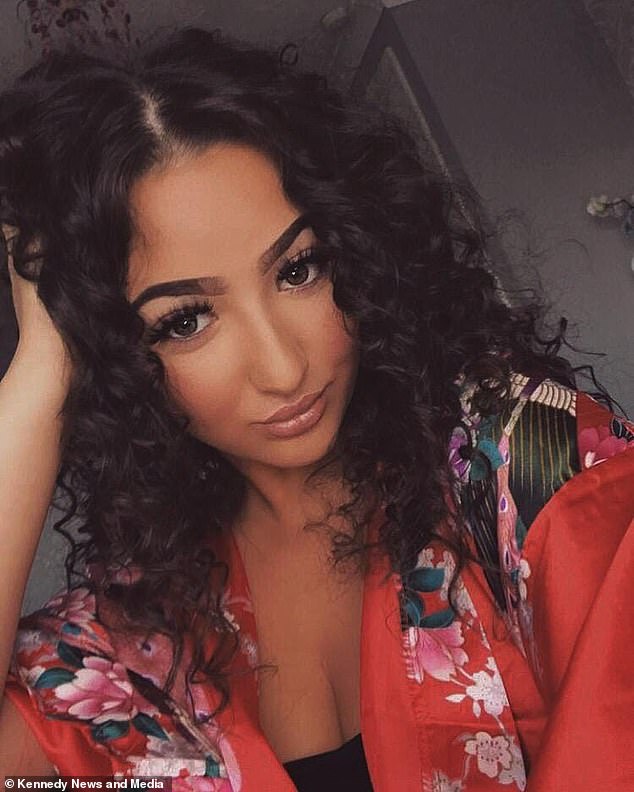 Stephanie, pictured as she usually looks, is urging people to always carry out patch tests, even if they’ve used a brand before

A Colorsport spokesperson said: ‘We are disappointed to see that one of our customers had a reaction to brow tinting.

‘Our products are fully tested and compliant with European regulation 1223/2009.

‘We advise our customers to conduct a 48-hour skin sensitivity test prior to application, even if they have used brow tint previously. Instructions will always be enclosed.

‘If a customer has an enquiry or issue with any of our products, our contact information can be easily found and we are more than willing to offer any advice or assistance.’