Is this the most inventive solution to a red wine spill ever? Woman who spilled claret down her white jumpsuit SOAKS it to create a whole new design

A woman’s friend swooped to the rescue with a ‘genius’ solution after someone spilled a glass of wine on her white jumpsuit during a day at the races.

Eleanor Walton, from Leeds, was enjoying a day out with pals when the dreaded accident happened.

However, her friend, Mia Williamson, decided to tackle the issue head on and soaked Eleanor’s jumpsuit in more wine, so she didn’t just have one red blotch.

And impressed social media users were quick to praise the results, with one person calling the idea ‘genius’ and another hailing it as ‘pure artistry.’ 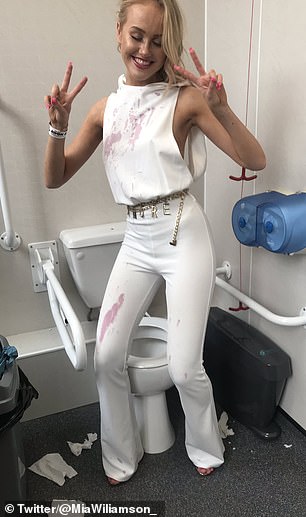 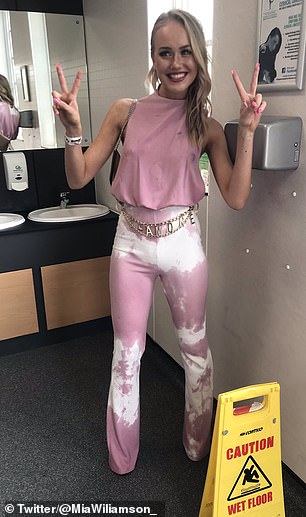 Last night, Mia took to to Twitter and penned: ‘So we’re 2 hours into the races, and El comes and tells me someone has spilt red wine down her… no problem.

‘Got some more red wine and fixed it and I think we’ve just made a new product to PLTs festival range.’

And the online retailer noticed and Tweeted their approval of the women’s initiative by responding: ‘Safe to say that wasn’t a ‘pour’ decision.’

Mia’s tweet has since gone viral, racking up 41k likes and 3.5k retweets – along with many comments admiring her initiative. 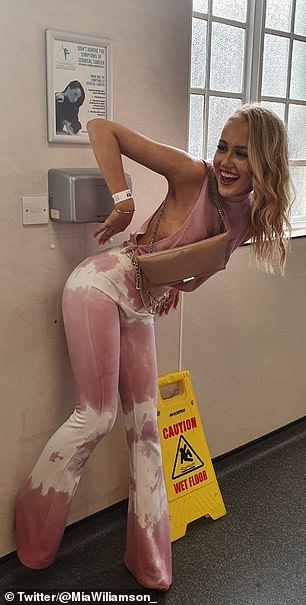 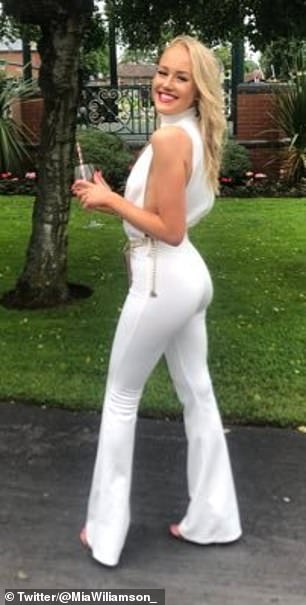 Mia revealed that she used four glasses of red wine to salvage her friend’s jumpsuit, with many saying that the result looked better than the original.

Eleanor tweeted today, saying: ‘I don’t know what part of my brain told me this was the reasonable solution hahaha.’

After dousing the garment in wine, Eleanor attempted to dry the liquid by placing herself beneath the hand dryer.

And while the result was visually brilliant, many people did question the fact she probably stunk of wine.

One user wrote: ‘Yuck. Walking around smelling like stale wine,’ while another said: ‘She looks cuter – this is awesome!’

Pretty Little Thing, the company that made the jumpsuit, even got in on the fun and Tweeted Mia back saying: ‘Safe to say that wasn’t a “pour” decision’

Many social media users dubbed the jumpsuit’s new look as ‘genius,’ while one said it was ‘pure artistry’