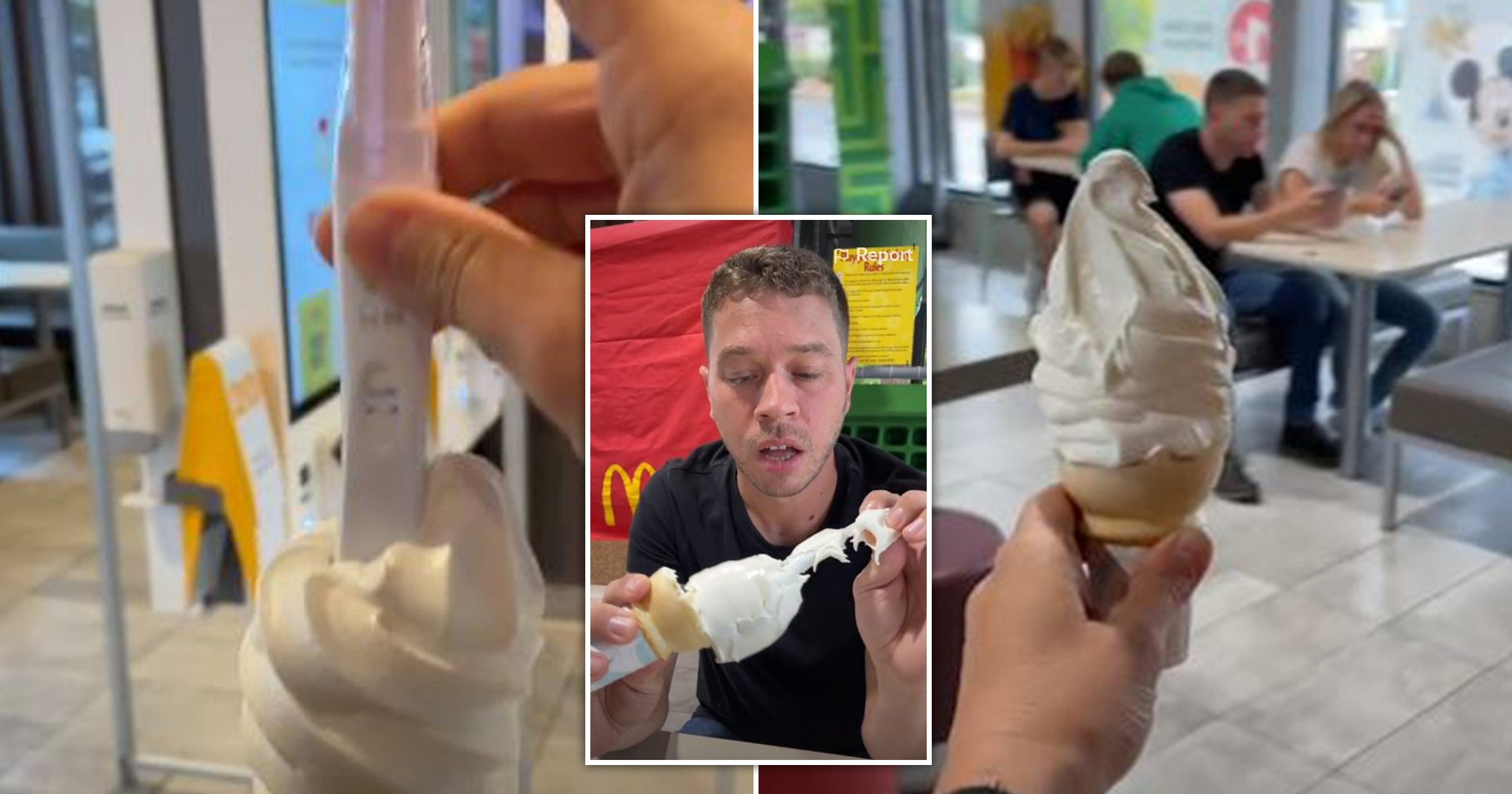 Pregnancy announcements come in all kinds of forms – from low-key chats to enormous gestures.

But one woman has got the internet talking with her unconventional reveal.

Lisa, of TikTok account @joshandlisa, decided to give her husband, Josh, the ultimate frozen surprise – by hiding a positive pregnancy test inside a McDonald’s ice cream.

In a video, Lisa can be seen buying the sweet treat from the fast food chain, before popping the test – with the lid on – inside.

She then hands it to Josh, who begins to eat it.

Despite a few comments about how important the ice cream is, Josh takes a while to understand what’s going on and adds that he doesn’t want to rush in case he gets brain freeze.

Lisa then uses this as a joke, saying how the couple have ‘always wanted a brain freeze’ and how excited they are to ‘have a brain freeze together’ – as her partner looks on confused.

After a little encouragement, Josh then finds the test and scrambles to pull it out – taking the plastic lid off as he attempts to grab it.

It’s safe to say that Josh is left stunned, prompting him to ask his wife whether the test is definitely real – something she confirms.

However, some people have been repulsed by the reveal.

Another said: ‘You PEED on that.”

A third posted: ‘Bro… it’s an unsanitary NO from me.’

It’s also unclear whether Josh continued to eat the rest of the ice cream – especially considering the top of the test came off.

Others have been quick to joke about other elements of the video – particularly the current food shortages at McDonalds.