Rob Kardashian’s privacy remains of utmost importance to him.

The reclusive former reality star skipped his sister Kourtney Kardashian and Travis Barker’s wedding in Italy Sunday because he did not want to be thrust into a camera-ridden event, sources tell Page Six.

“Rob prefers to stay out of the spotlight, so he would’ve been uncomfortable going to such a high-profile party even though it was for his sister,” an insider shares with us, adding that the Poosh founder was “understanding” of his decision.

Kourtney, 43, had plenty of support surrounding her anyway, as sisters Kim Kardashian, Khloé Kardashian, Kendall Jenner and Kylie Jenner as well as mom Kris Jenner were all in attendance.

A second source tells us that Rob, 35, is not big on public events or traveling but is looking forward to celebrating with the newlyweds when they arrive home in California. Currently, the pair are still vacationing in Portofino, where they were photographed jumping off a super-yacht Monday. 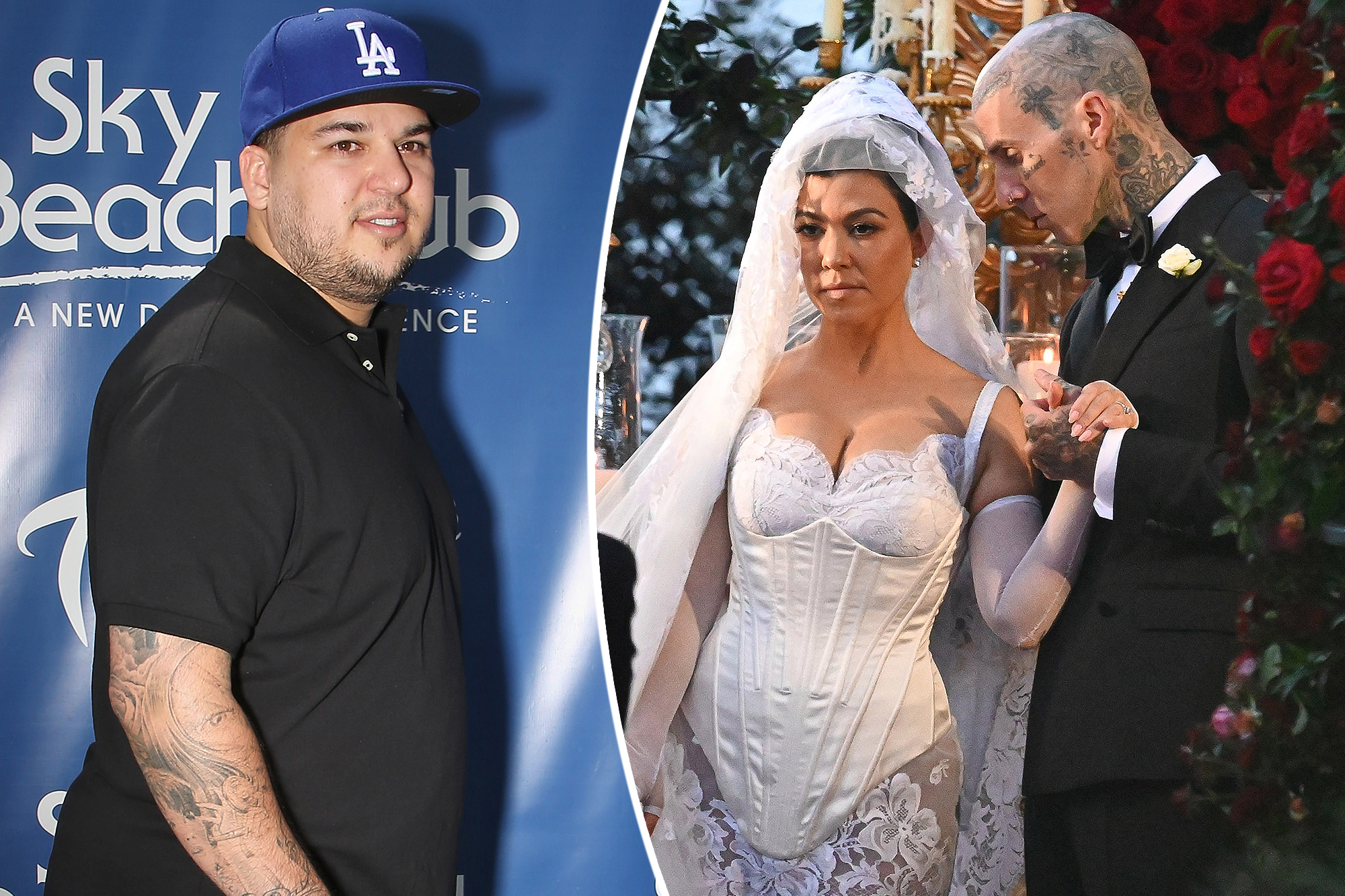 The “Kardashians” star has been leaning into married life, having already changed her Instagram to read “Kourtney Kardashian Barker.” Meanwhile, Kourtney’s ex Scott Disick has been drowning his sorrows on what was supposed to be a beach vacation but somehow turned into a stopover at a strip club in New York City.

Disick reportedly showed up to Sapphire early Monday with a group that was nearly equal split of male and female friends. He stayed for an hour, chatting with one woman in particular, before heading out. 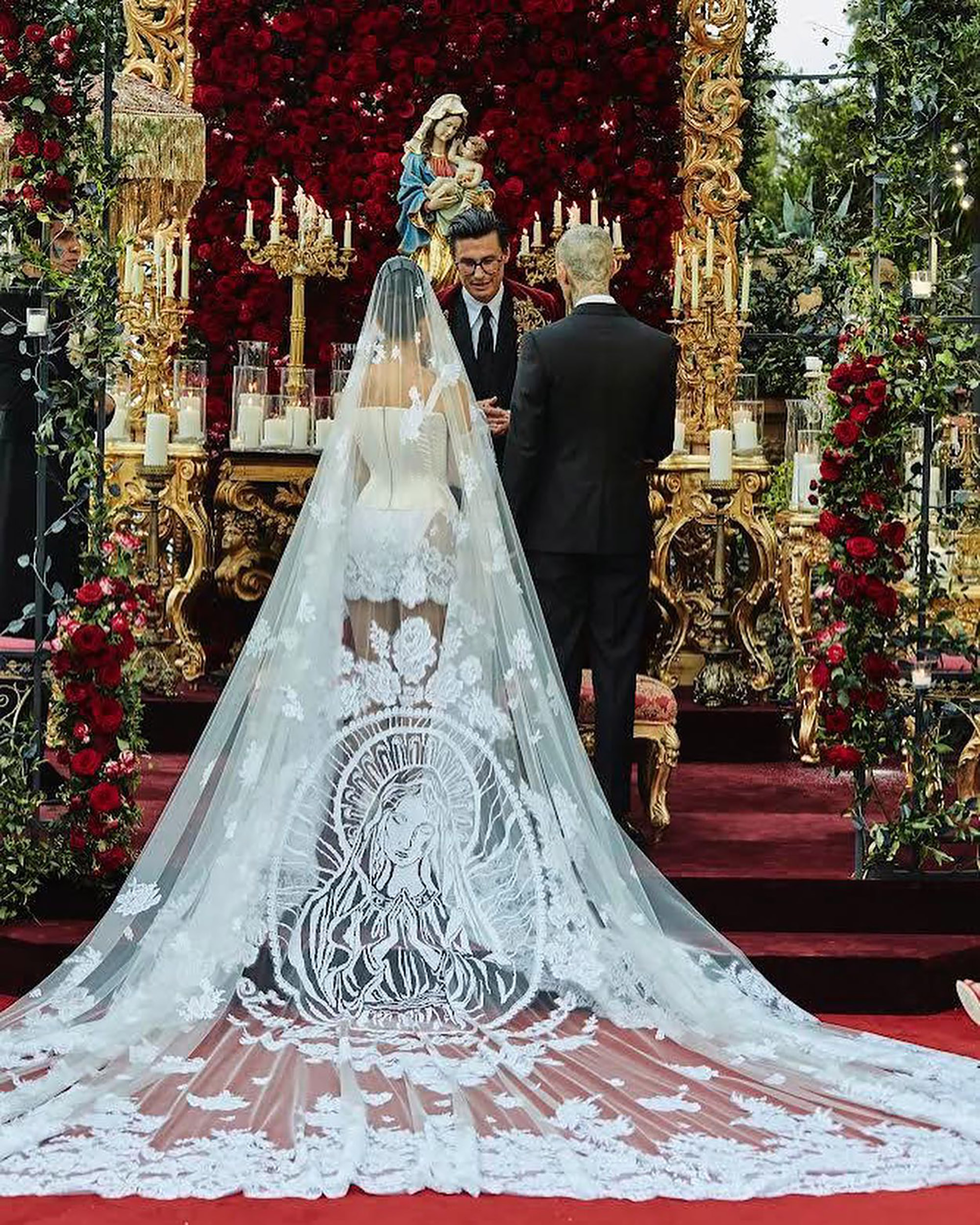 The night before, the Talentless founder, 38, gave a glimpse of his stay at NYC’s Casa Cipriani.

It’s unclear whether he had any guests with him with which to share the food.

Kourtney and Disick share three children, Mason, 12, Penelope, 9, and Reign, 7, who were also in Italy for their mom’s big day.