Home » Lifestyle » Why being 'triggered' broadens the mind

Why being ‘triggered’ broadens the mind: Getting upset can have its uses… even when it brings back painful memories like mine, writes BEL MOONEY

The Ancient Greeks knew much about suffering. Imagine the horror of those primitive lives without smartphones, social media, online shopping or trigger warnings — and only tough, old philosophers to help with your mental heath issues.

How could they possibly have coped?

Better than modern students or their protective teachers, is the answer. About 2,400 years ago the polymath philosopher Aristotle wrote about ‘catharsis’ — meaning the way in which seeing a tragedy on stage can terrify you and make you weep, yet in the end help release your emotions and come to terms with them.

Today, university academics betray their prime function as educators by seeking to cushion students from anything that might upset or ‘trigger’ the fragile dears.

The latest example of ignorant lunacy that betrays the very idea of higher education comes from Reading University. There, officials have decided to cut several lines from an Ancient Greek satirical poem by Semonides of Amorgos — a rather poor, but interesting squib that likens female ‘types’ to certain animals. 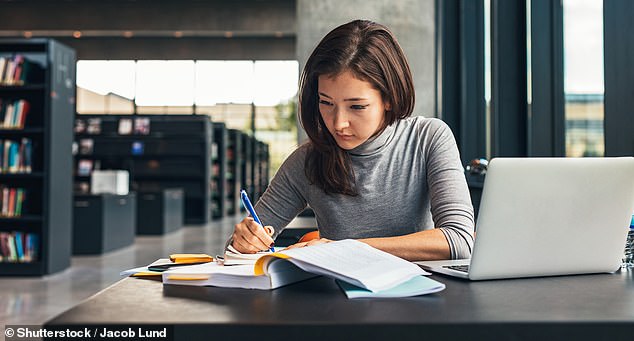 Today, university academics betray their prime function as educators by seeking to cushion students from anything that might upset or ‘trigger’ the fragile dears (file image)

It has been decided that first-year classics students must be protected from the few lines describing domestic violence, because ‘while the text as a whole is vitriolic, that part seemed unnecessarily unpleasant and (potentially) triggering’.

I looked up his Types Of Women to judge for myself. Was it the part that likens a woman to a dog: ‘A man can’t stop her barking; not with threats / not . . . by knocking out / her teeth with a stone’?

Or the part where a woman is likened to a donkey — ‘used to getting smacked’? All crudely misogynistic but (whisper it) of its time in history.

Though the department hasn’t had a single complaint, its decision to censor the Ancient Greek woman-hater stems from its need to shield students from anything that might upset or trigger them.

I realise the majority of normal, sensible citizens pay no heed to such nonsense. Indeed, many people have no idea what the word ‘woke’ even means.

But make no mistake — it really matters. Because our teaching profession, cultural establishment and civil service have all embraced spurious notions which are damaging the intellectual and emotional health of future generations.

Universities now routinely issue ‘trigger warnings’ on any course modules or texts they believe might upset or anger the students who are their paymasters.

It represents an appalling dereliction of duty, the results of which we have not yet fully seen. For how can you study anything if you are afraid it might awaken painful memories, upset your delicate sensibilities or make you cry? How can you study the history of ideas if you are terrified that something people once thought or did will make you feel bad about yourself?

To return to Aristotle’s idea of catharsis, the moment you are deeply moved — even shaken to the core — by a work of literature or philosophy or any other art is the moment you are made to confront fundamental, timeless truths about our shared humanity.

So if you see a play such as Medea (by Euripides, describing Medea’s murder of her own children); or Oedipus Rex (by Sophocles, featuring incest, suicide and self-blinding); or (nearer our own time) Shakespeare’s Macbeth (multiple murders, including of children) or King Lear (madness, mutilation by blinding and murder), you will be put in touch with the worst and best of human nature — and learn from it. 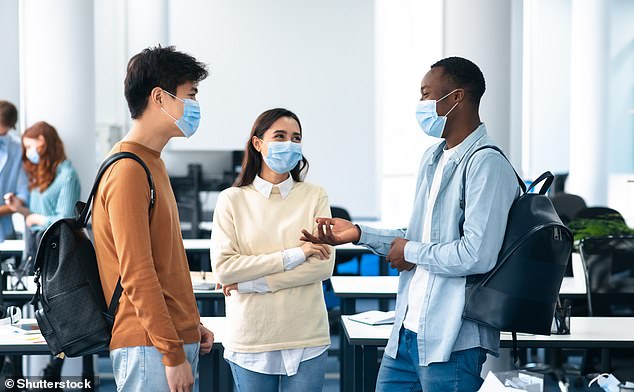 To return to Aristotle’s idea of catharsis, the moment you are deeply moved — even shaken to the core — by a work of literature or philosophy or any other art is the moment you are made to confront fundamental, timeless truths about our shared humanity (stock image)

And that is, inarguably, a vital part of education.

Since censorship of words and ideas is rife among the wokerati, I propose censoring all ‘trigger warnings’ on anything at all. Let us ‘cancel’ the wimpish worriers and warriors and instruct young people that they have to get real and get brave.

No one should be warned that this or that issue might upset them. On the contrary, they should be told that responding emotionally to art and ideas and history is good — and even better if it makes you angry.

Strong ideas and emotions are to be discussed, not feared. The wish to be ‘protected’ is a sign of weakness and decadence . . . and it’s all around us.

Of course, sincere concern that people shouldn’t be upset can be well-intentioned. I was made aware of this personally just before Christmas when the BBC serial The Girl Before had a storyline involving stillbirth.

The heroine, Jane (played by Gugu Mbatha-Raw), had had a stillborn child — and its emotional fallout formed a significant part of the plot line. But I was surprised when a woman I know emailed me saying she hoped I hadn’t been ‘too triggered’ by this story. 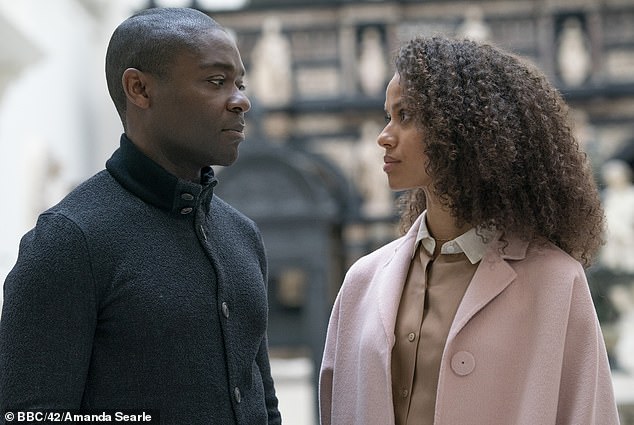 Of course, sincere concern that people shouldn’t be upset can be well-intentioned. I was made aware of this personally just before Christmas when the BBC serial The Girl Before had a storyline involving stillbirth. Pictured right: Gugu Mbatha-Raw in the show

She meant well — but what did she mean? That because my second son was stillborn I might be upset by newly awakened memories? That I might simply have been moved to tears of empathy? Either way, if I’d been upset (which I wasn’t) it would have shown a healthy depth of feeling: a testimony to the on-going reality of a long-ago bereavement.

Sadness is intrinsic to human experience — and should not be distanced from us by labels.

Grief and pain and fear afflict us all from the moment of birth, and we must not think we can escape them. If you like, feeling empathy is the other side of being ‘triggered’.

When trigger warnings result in people shrinking back to say, ‘Oh, I won’t watch this/read this because I might be upset’ — they close off their minds and hearts to their fellow human beings, like tortoises pulling in their heads.

I was horrified to read this Facebook post by a magazine executive: ‘The phrase ‘child abuse’ in my column on the weekend apparently triggered a woman to need to call her psychiatrist in the middle of the night.

She’s tried to speak to the editor about my heinous act of writing those words.’ We can all recognise such absurdity, but what have we come to when someone objects to a phrase that has only recently been at the heart of truly shocking newspaper headlines? 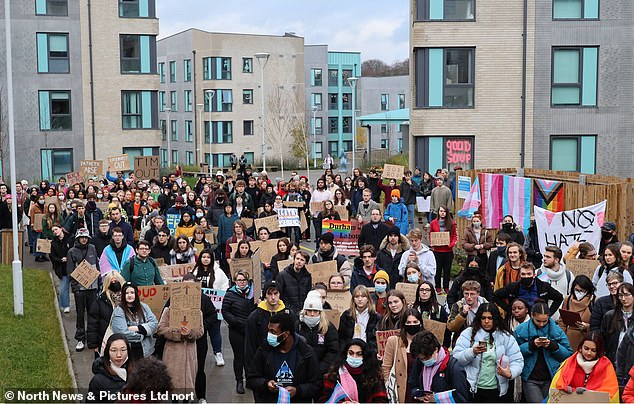 Much has been written about the parlous state of our universities. When students claim to be ‘triggered’ by the mere presence of a speaker who challenges their fixed ideas, we know they are being pathetic. Pictured: Students protest at Durham University after a Rod Liddle talk

Much has been written about the parlous state of our universities. When students claim to be ‘triggered’ by the mere presence of a speaker who challenges their fixed ideas, we know they are being pathetic.

In the Sixties, we were angry about the Vietnam war: this lot are ‘triggered’ by a feminist academic stating the obvious fact that biology is real and a male cannot ‘become’ a biological female, whatever he or she believe themselves to be.

And it’s getting worse.

But it matters far more that they are aided and abetted by the very people who should be guiding them into common sense and inquiry. It should surely ‘trigger’ outrage that teachers and university authorities routinely support students in their rabid anti-intellectualism, prejudice and fear of being challenged.

Instead of encouraging resilience and an eagerness to reach out towards the ideas and experiences of others (throughout history, too) they actively promote flabby cowardice and indifference.

It is a modern tragedy that our cultural elite colludes in the closing of minds.