US man, 47, who had ‘given up on love’ reveals how he fell for a Belgian teen who is 28 YEARS his junior after they bonded online during the pandemic – despite living 3,500 miles apart

One May-December couple who began dating in 2020 hasn’t let anything put a damper on their love — not their 28-year age gap, not the pandemic, and not the 3,500 miles between his home in the US and hers in Belgium.

Charline Chaltin, 19 and Jeremy Pratico, 47, met online last spring in the throes of the global COVID-19 pandemic, and it wasn’t long before they became an item, according to the Mirror.

But even though they could get past their nearly three-decade age difference, they faced another obstacle: Both countries’ borders were closed, meaning it would be over a year before the long-distance couple could actually meet face-to-face.

Now, after a brief eight-day visit, they’re still an ocean apart — but Jeremy insists Charline is his ‘dream girl’ and the pair can’t wait to move in together once international travel restrictions are lifted. 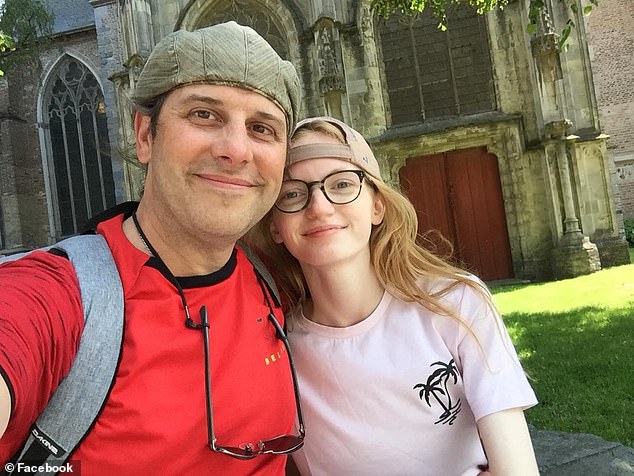 Love in the time of corona: Charline Chaltin, 19 and Jeremy Pratico, 47, met online last spring in the throes of the global COVID-19 pandemic, and it wasn’t long before they became an item 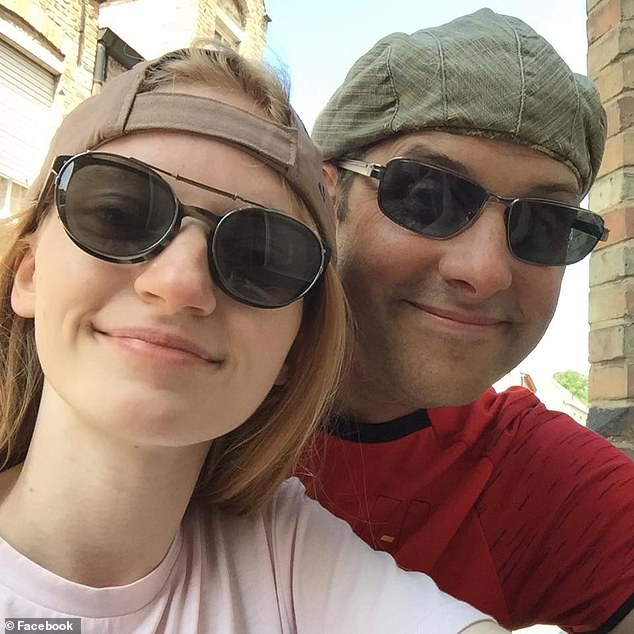 Far away: Charline lives in Belgium while Jeremy lives in the US, so the two have had a long-distance relationship from the start

Their unlikely romance began during the early days of the pandemic last year when Charline, in Brussels, posted on a Twentyone Pilots Facebook fan page, asking group members to share their favorite song.

Jeremy, an elementary school teacher thousands of miles away in Vermont, was one of several group members to answer.

Charline didn’t react to him, but soon Jeremy had tracked her down on Instagram and sent her a message.

Jeremy answered, and also tracked her down on Instagram, where they talked — and kept talking.

‘If it wasn’t for coronavirus, I don’t know if this would have happened,’ Jeremy said. ‘But because I was in quarantine, I was online more than I would have been in normal life.’

‘I would never normally date someone so young and that far away, but about a week in I was like, “Uh oh, I feel something.” I was excited to talk to her and I knew very quickly I enjoyed speaking to her,’ he said.

They began officially dating on June 4, 2020, with a first date over video chat drinking coffee and cocoa and doing a crossword puzzle.

Jeremy said on Facebook that it got serious ‘relatively quickly because we both knew it was something SUPER rare.’

Even when they were 3,500 miles away, Jeremy said he ‘never felt closer to any person in my entire life.’

In fact, it made him rethink times in the past when he’d refused long distance relationships with ‘girls who live 70 miles away’ — and he realized this time was special.

The age gap doesn’t appear to be a problem for either, which Jeremy attributes to his immaturity.

‘I’m very childlike — I have Peter Pan syndrome,’ said Jeremy. ‘I’m very immature for my age, and Charline is very mature for her age. Neither of us notice an age gap between us because she’s an old soul and I’m a young soul.’ 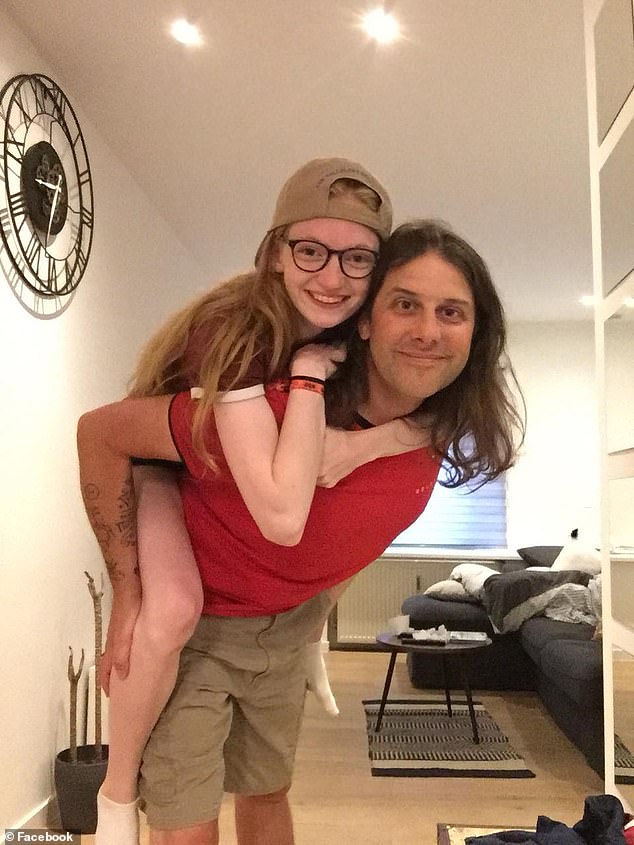 Travel: They met in person for the first time in June when Jeremy flew to visit Charline for eight days

‘Jeremy is the best, I still can’t believe I met someone like him,’ Charline added on Facebook. ‘He’s definitely the best human I’ve ever met.’

‘I never thought I’d fall for someone so far away and this much younger,’ Jeremy admitted.

‘I finally overcame the immense fear of judgment and decided to be happy for myself (and her),’ he went on. ‘She’s absolutely my true soul mate and I’ve NEVER been this happy.’

Still, Jeremy admitted that neither of their parents were totally on board at first, with his concerned that Charline was looking for a green card and hers pointing out that Jeremy was nearly their age.

They’ve both since come around.

But even as their relationship deepened and they hit their one-year anniversary, the pair had still never met in person due to travel restrictions during the pandemic. 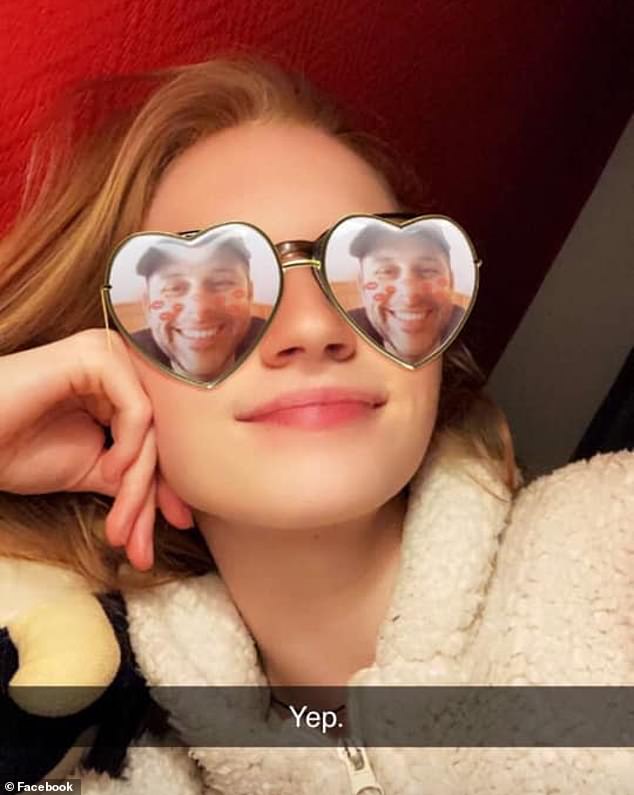 ‘At my age, I’d given up on finding love. I thought I’d settle for just being a cool uncle, but now people tell me I’m living a fairy tale,’ Jeremy said, calling Charline is ‘dream girl’

This summer, though, they were hopeful, and Jeremy booked an eight-day trip to Brussels to visit Charline on June 30. Luckily, restrictions on travel into Belgium lifted a week before his trip.

Seeing Charline for the first time was Jeremy’s ‘favorite moment’ in his whole life.

‘At my age, I’d given up on finding love. I thought I’d settle for just being a cool uncle, but now people tell me I’m living a fairy tale,’ he said, calling Charline is ‘dream girl.’

The pair were only able to be together for eight days before Jeremy had to go home, though they are hoping for another visit after Christmas — and both would like Charline to move in with Jeremy in Vermont as soon as possible.

‘My primary need is to be with him, even if I wait a few years to go to college,’ Charline said. ‘We spent a week together and it was the best week of my life, so my priority is to be with him.’