Nowhere has the inadequacy of conventional thinking been more exposed than in Australia’s
vaccine strategy. The cost of maintaining our current course couldn’t be higher. 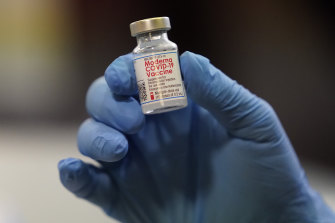 Australia has not ordered a single vial of the Moderna vaccine.Credit:AP

In any normal time, the government’s strategy might seem sensible. Rather than order all the leading vaccine candidates in advance, they selected one from each technology – Pfizer over Moderna (mRNA vaccines); AstraZeneca over Johnson & Johnson (viral vector vaccines); and Novavax over Sanofi (protein vaccines).

They also favoured vaccines that could be readily produced locally – initially, the University of Queensland’s since-failed candidate, and subsequently AstraZeneca’s vaccine, which is to be
produced here by CSL.

You could be forgiven for thinking that three or four vaccines would offer more than sufficient
redundancy. But amidst a pandemic that has claimed millions of lives and trillions of dollars of
global economic output, you’d be wrong. By a lot. The trouble with our vaccine strategy is it fails to match the truly massive cost the pandemic continues to impose on our economy and society –notwithstanding our world-class performance suppressing the virus.

The Health Department bureaucrats and McKinsey consultants in charge of devising our vaccine strategy aren’t accustomed to benefit-cost ratios of this magnitude. They’re used to pinching pennies, protecting the public purse against dubious boondoggles. But a pandemic is no time for thrift – instead, it’s a time to embrace rather a lot of waste. 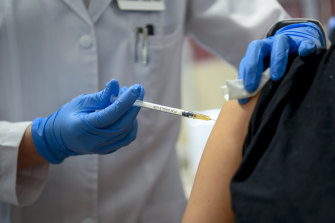 Australia’s vaccine strategy is being designed with a ‘penny-pinching’ mentality.Credit:AP

Ordering many more vaccines than we need might seem imprudent. But it isn’t. Just as it isn’t wasteful to buy car insurance even if you don’t have an accident.

We’re due to keep our international borders closed into 2022, losing many billions of dollars in
education and tourism revenues. Having state borders slam shut every time a single case pops up is confidence-shattering. And there is still a very real and present danger of another outbreak, which could lead to deaths, profound misery for millions, and further economic damage.

Backing eight vaccine candidates, rather than four, would have cost us perhaps billions of dollars. But that would have been prudent insurance against the risk the winners we’d picked might lose. And, indeed, we’re bearing those costs now.

The University of Queensland vaccine faltered out of the gate. The AstraZeneca vaccine, on which we’ve pinned much of our hopes, has far lower efficacy than the leading Moderna, Pfizer, and Novavax vaccines. And its improperly performed stage-three trials generated uncertainty about when a second dose should be administered and its efficacy among older recipients.

As it stands, we’ve failed to order a single dose of the world-leading Moderna vaccine. And we’ve ordered only enough of the next-best Pfizer vaccine to cover one in five Australians. 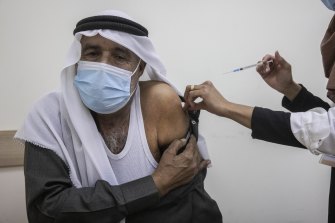 One of the countries that got its vaccine strategy right is Israel, which has already administered five million doses to its nine million people.Credit:AP

We’ve ordered 50 million doses of the third-best Novavax vaccine, but have chosen not to produce it locally even though it’s performed better than AstraZeneca. And we have no orders for the Johnson and Johnson vaccine, which has similar efficacy to AstraZeneca but only requires a single dose.

It didn’t need to be this way. Way back in March 2020, Microsoft founder Bill Gates recognised the stakes, funding in advance the manufacture of seven of the leading contenders – not knowing which would succeed, he reasoned any waste would be far less costly than any further delay.

Many other countries got it right. Israel, with no vaccine manufacturing capability, has already administered five million doses to its nine million inhabitants. The UAE, Britain and the US, among others, have also vaccinated millions.

Had we secured more of the leading candidates last year and not insisted on duplicating the approval processes already completed overseas – naively asserting our regulatory superiority over Britain, EU, and US – we could have begun vaccinating by Christmas. But what can we do now?

We recently failed to reach an agreement with Moderna. It’s hard to conceive of any terms they might demand that we shouldn’t be willing to accept, given the stakes. And we seemingly haven’t tried to secure any agreement with Johnson and Johnson. Meanwhile, the US government recently secured an additional 100 million Pfizer and Moderna vaccines.

While the Prime Minister announced new funding for the vaccine rollout, none of it will go towards additional or accelerated vaccine supplies. The government seems content with the very slow rollout. But this is no time for complacency.

We need to do whatever it takes to secure additional doses as quickly as possible. We should be willing to pay an obscenely high price for them. And any vaccine that has already been approved by Britain, the EU and the US should automatically receive approval in Australia.

We must treat our vaccine rollout like the wartime effort it is. Despite our early victories, the war is far from won.