Home » Lifestyle » What it's like to be a female Santa Claus 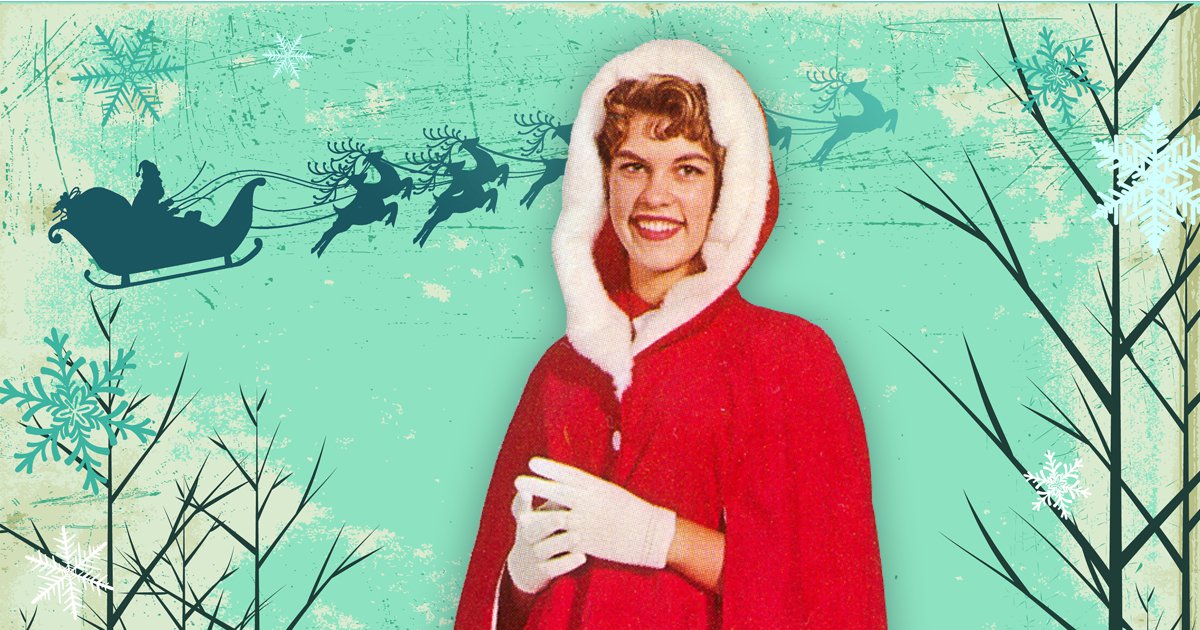 Christmas: the time of the year when people come together, give one another gifts and children sit on the laps of elderly male strangers in red costumes and ask for presents.

The long-standing tradition of Santa Claus, however, goes beyond eating cookies and milk, ringing a miniature bell and perfecting that Ho! Ho! Ho!, what with the endless questions from kids seeking to know whether reindeer fly, perfectionist parents wanting to capture that picture-perfect photo, maintaining that snow-white beard and of course, exuding constant happiness, and lots of it.

Female Santas are often non-existent. Even children, who we often assume are free of our sexist prejudices, feel that a woman couldn’t do Santa’s job. This was evidenced by a social experiment conducted on a bunch of kids by a marketing company, Anomaly, in association with RSA films.

Despite Hollywood’s efforts in changing this narrative – as seen by characters like Anna Kendrick, who played a female Santa in the 2019 Disney plus Christmas comedy, Noelle – the concept is yet to be embraced in its entirety.

But amid all the jolly gentlemen with glorious beards and bellies like bowlfuls of jelly, there are indeed some hard-working female Santas fighting the good – and festive – fight.

We asked them what it’s really like to be a female Santa in a world where we still think of Father Christmas as a very much male role.

Clarissa Bloom, a dating expert for the Stag Company who once worked as a female Santa for a department store in Brighton, tells Metro.co.uk: ‘Most of the children would inquire about the whereabouts of Mr Santa, so I would say he was busy preparing the reindeers.

‘However, as soon as you get into character and laugh away, they simply enjoy the moment.

‘After all, it’s someone playing with them and asking them what gifts they want for Christmas, literally their favorite subject!’

Bloom adds that despite receiving the occasional near-impossible requests, such as being queried on whether a certain family member was showing up for Christmas, being a female Santa is something she wouldn’t hesitate to do again.

Dymphe Mensink, a travel blogger and content creator for DymaBroad, took the role of a female Santa as a way of getting everyone into the Christmas spirit.

‘I was attending a Christmas get-together with my friends,’ she tells us. ‘Since I already owned a Christmas outfit for my blog, I decided to dress up as Santa for the occasion. They didn’t expect me to show up as a female Santa, so the whole scenario amused them. My friends still call me Santa every now and then.’

For others, the red costume was a way of defying the norm. Take Linda Williamson, for instance, who ran the Los Angeles SantaCon Santa rampage for seven years, where she was often a female Santa.

The role, she says, was meant to create something other than what we typically envision a female Santa to be.

Linda says: ‘Prancing around as a sexy Santa was always fun. I wanted to take something traditionally seen as wholesome – that matronly Mrs. Claus’ image, with the poofy cap and lace trim who spent most of her time baking cookies and supporting her husband while he went off on a globetrotting adventure – and upend that image.

‘Instead of spending all our time in the North Pole kitchen, at SantaCon, the female Santas were having just as much adventure as the men, and looked damn good doing it!’

As Linda and her group rampaged through Los Angeles, she tells Metro.co.uk that one of their policies was always to be kind to children.

‘We would carry candy canes and small gifts to give away to children, to which they were very receptive,’ she remembers. ‘Kids generally tend to be more comfortable chatting with women they don’t know than with men, even though they would occasionally insist that I wasn’t the “real” Santa.’

Patricia Hobday, a professional Mrs Claus actor for Santa’s Calling You, shares that her take on female Santa is a bit like a ‘magical granny’ character.

‘Receiving myriad requests from children has spilled over to my own life,’ she says. ‘My adult children have to write a letter to Santa if they want presents.

‘Mrs. Claus has also enabled me to offer magic to children and adults, especially during these difficult times.’

Emily, a resident of Texas, tells us that the experience of a female Santa conjures up light-hearted memories of a Christmas festival that occurred in her hometown two years ago.

‘I volunteered to be Santa when the designated Santa Claus failed to show up,’ she recalls. ‘We were supposed to deliver gifts to orphanages.

‘The idea first seemed ludicrous because I had to wear padded clothing to fit the stereotypical image of Santa Claus.

‘However, seeing the childrens’ faces light up made me ecstatic, despite eventually losing my padded butt later that evening!’

A Mother Christmas parade planned by Fiona Haser Bizony, the Managing Director of Electric Daisy Flower Farm, was a novel way to celebrate winter and women.

‘We know first-hand just how tough this pandemic has been, more so for women,’ Fiona says. ‘This Christmas, we wanted to redress the balance and give motherhood the status it deserves.

‘The idea was a slight tongue-in-cheek way of reclaiming Christmas and inventing a Christmas tradition appropriate to our times.

‘It was a great way of celebrating the roles of mothers everywhere and giving them their due credit.’

Bizony adds that Santa as a man with a white beard and red suit is just one representation of a figure associated with the Christmas season – and one that we should be more than free to change.

‘This time of the year is so rich in traditions that have evolved over the centuries and have come from different sources, eras and culture,’ she concludes. ‘We should be more open to different representations, different stories, and different versions of Santa.’