And it's happening all the time.

If you are wondering what happened to that delayed package you were expecting, you might want to check here.

And according to the outlet, it wasn’t just a once off. The footage was captured just 30 days after rail employees cleaned up a similar scene. 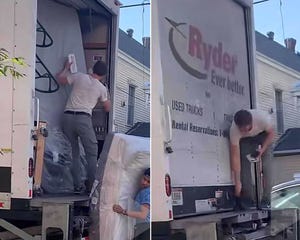 Sources told the broadcaster that the locks on the containers are easy to cut through; thieves wait until the carriages park and raid the cargo, taking anything of value and leaving the sea of shredded packages behind.

UPS packages are amongst the most prized by looters, as they are most likely to contain valuables headed for residential addresses.

Also found among the trash were several unopened packages, as well as discarded items the robbers don’t deem valuable enough to take — such as home Covid tests.

Entering the tracking details on some of the packages simply denotes they are “in transit”; some made the unlikely claim they would be delivered later that same day. 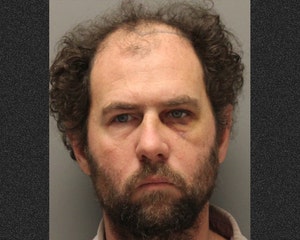 Bank Robber Demands $150, Immediately Deposits it Into His Account There

When CBS reporters contacted some customers using the details on the packages, they had no idea their items were in the hands of looters, or lying on the side of an LA train track.

“Union Pacific is very concerned about the increased cargo thefts in California, and we have taken several steps to address this criminal activity,” the company said in a statement. “These rail crimes pose a serious safety threat to the public, our employees and local law enforcement officers.”

“We have increased the number of Union Pacific special agents on patrol, and we have utilized and explored additional technologies to help us combat this criminal activity. We also will continue to work with our local law enforcement partners and elected leaders.”

Responsibility for policing the tracks falls on Union Pacific’s own officers. LAPD said they only respond to train robberies when the company asks them to — which is rare. 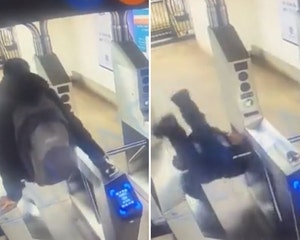