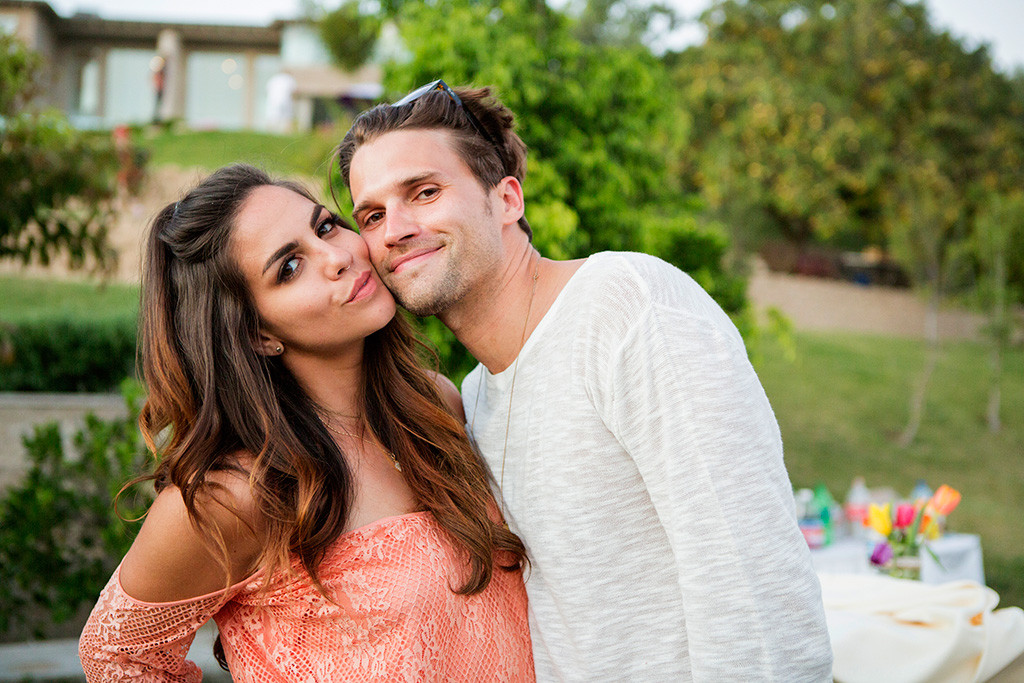 Tom Schwartz and Katie Maloney are headed back down the aisle, but this time it’s for real.

From photos shared to Tom and Katie’s Instagram accounts, the longtime couple is indeed vacationing in Sin City, while newlyweds Jax Taylor and Brittany Cartwright as well as Randall Emmett have also recently touched down in Vegas.

Tom and Katie’s actual wedding plans still remain under wraps, but the marriage license certainly suggests these reality TV stars are well on their way to exchanging vows all over again. Just last week, the topic of Tom and Katie’s relationship status faced renewed interest after Lance offered a heartfelt apology for spilling the beans.

Lance previously said that while attending Jax and Brittany’s June wedding a rumor started going around that Tom and Katie failed to properly complete their marriage paperwork.

“Lot of times,” the singer explained on ABC’s Strahan & Sara, “people forget that I’ve been in entertainment news for the last 15 years. So, you know, when there’s pieces of nuggets out there, I’m going to talk about it. I didn’t know it was a secret.”

Tom and Katie invited Vanderpump Rules to document their Aug. 2016 nuptials on Season 5 of the Bravo series.

“I’m so happy to have married my best friend and love that I finally get to call Tom my husband,” the bride gushed to E! News at the time. “Celebrating with our closest friends and family has been nothing short of an amazing experience.”

Congratulations to the “bubbas” on making their love officially official!

(E! and Bravo are both part of the NBCUniversal family.)