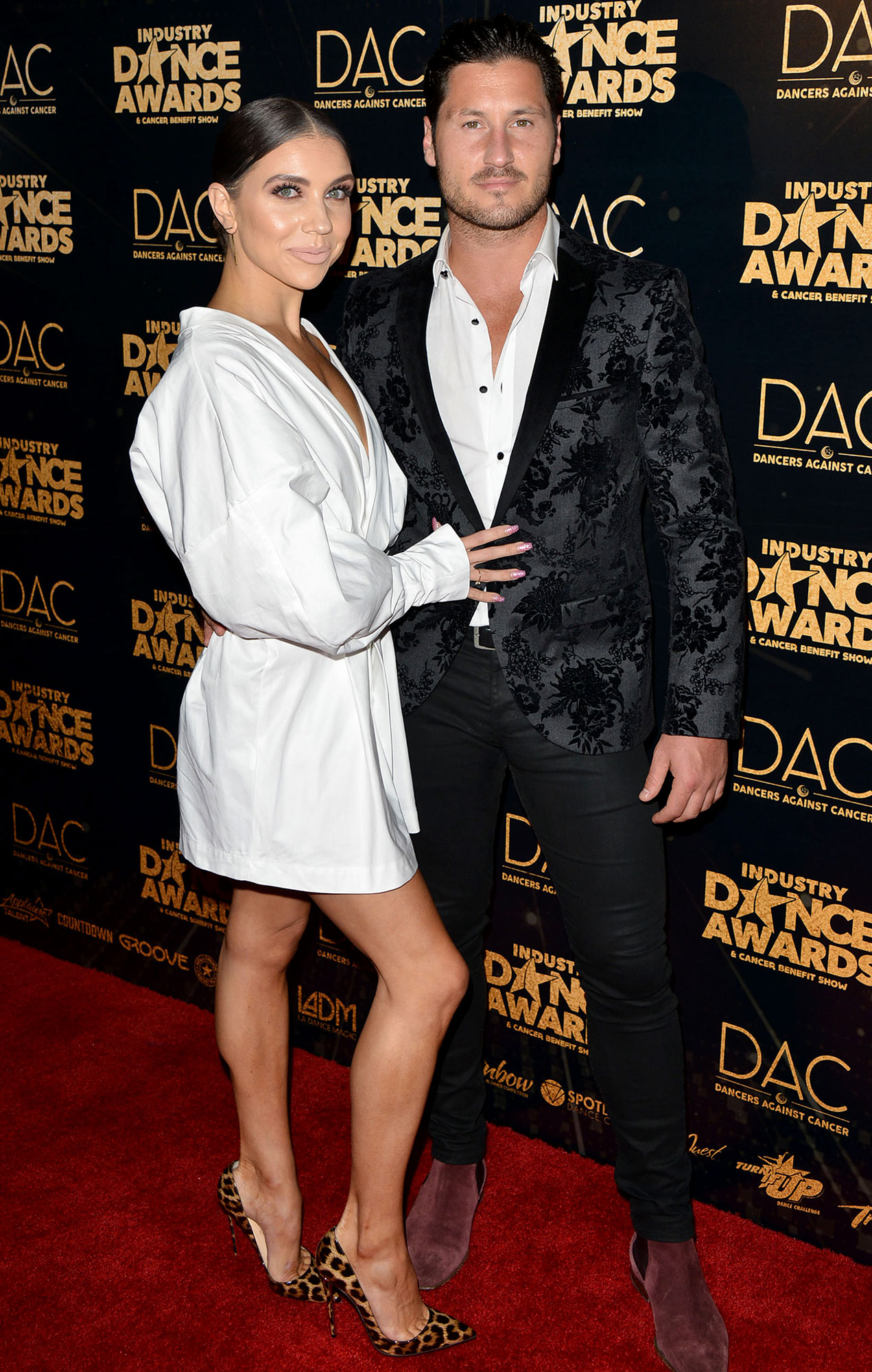 Family support. Dancing With the Stars‘ Val Chmerkovskiy and wife Jenna Johnson have kept his brother, Maksim Chmerkovskiy, in their prayers amid the Russian invasion of Ukraine.

Every ‘Dancing With the Stars’ Pro Through the Years: Where Are They Now?

“Please pray for my brother-in-law who is stuck in Ukraine,” the Utah native, 27, wrote via Instagram Story on Thursday, February 24. “The whole situation is devastating and truly heartbreaking for the country. This is real and this is very scary.”

Johnson, who wed Val in April 2019, reposted sister-in-law Peta Murgatroyd’s heartfelt message onto her page, adding a note for the 35-year-old New Zealand native: “And please keep Peta and Shai [her son] in your thoughts and prayers as well.” 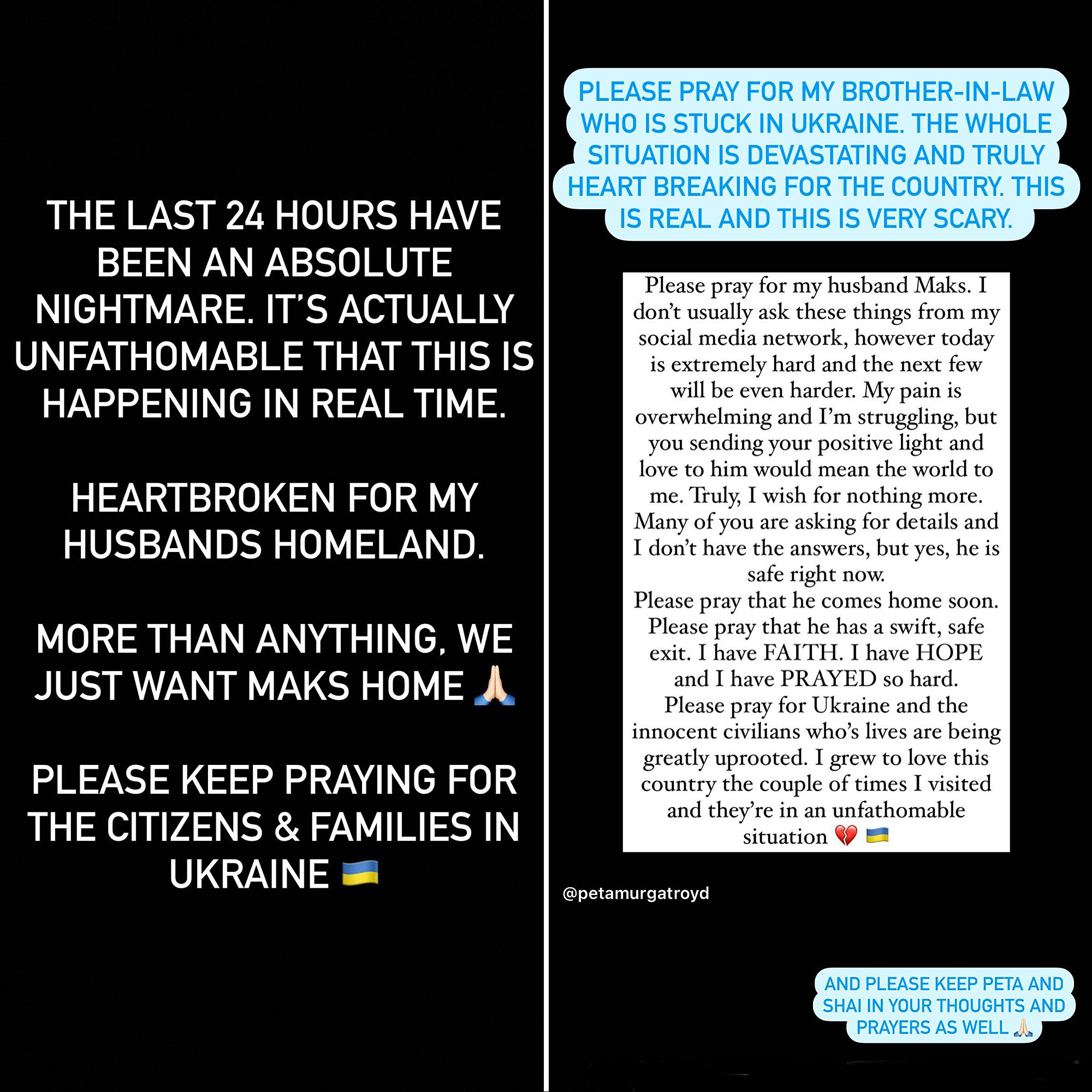 The So You Think You Can Dance alum shared a second statement several hours later.

A Guide to All the ‘DWTS’ Pros and Their Spouses

“The last 24 hours have been an absolute nightmare,” Johnson wrote in a Story post early on Friday, February 25. “It’s actually unfathomable that this is happening in real time. Heartbroken for my husband’s homeland. More than anything, we just want Maks home 🙏 . Please keep praying for the citizens and families in Ukraine.”

The Masked Dancer alum, 42, and his younger brother, 35, were both born in Odessa, Ukraine, before their family immigrated to the United States in 1994.

“My parents fled this country for this exact reason,” Val wrote via Instagram Story on Thursday. “Not because it wasn’t good to them, but because their kids would see war eventually. It’s a cruel irony that 28 years later my brother is in a bomb shelter in [Kyiv]. If they hadn’t left I would be on the front lines defending my home right now.”

The Dance With Me cofounder continued: “And the most heartbreaking thing of all, I would be either killing or dying at the hands of my fellow brothers. The Russian people don’t want this!! We stood by each others’ side. We loved and celebrated one another. I speak Russian, yes, but make no mistake I am a proud Ukrainian and now the world will finally know the difference.” 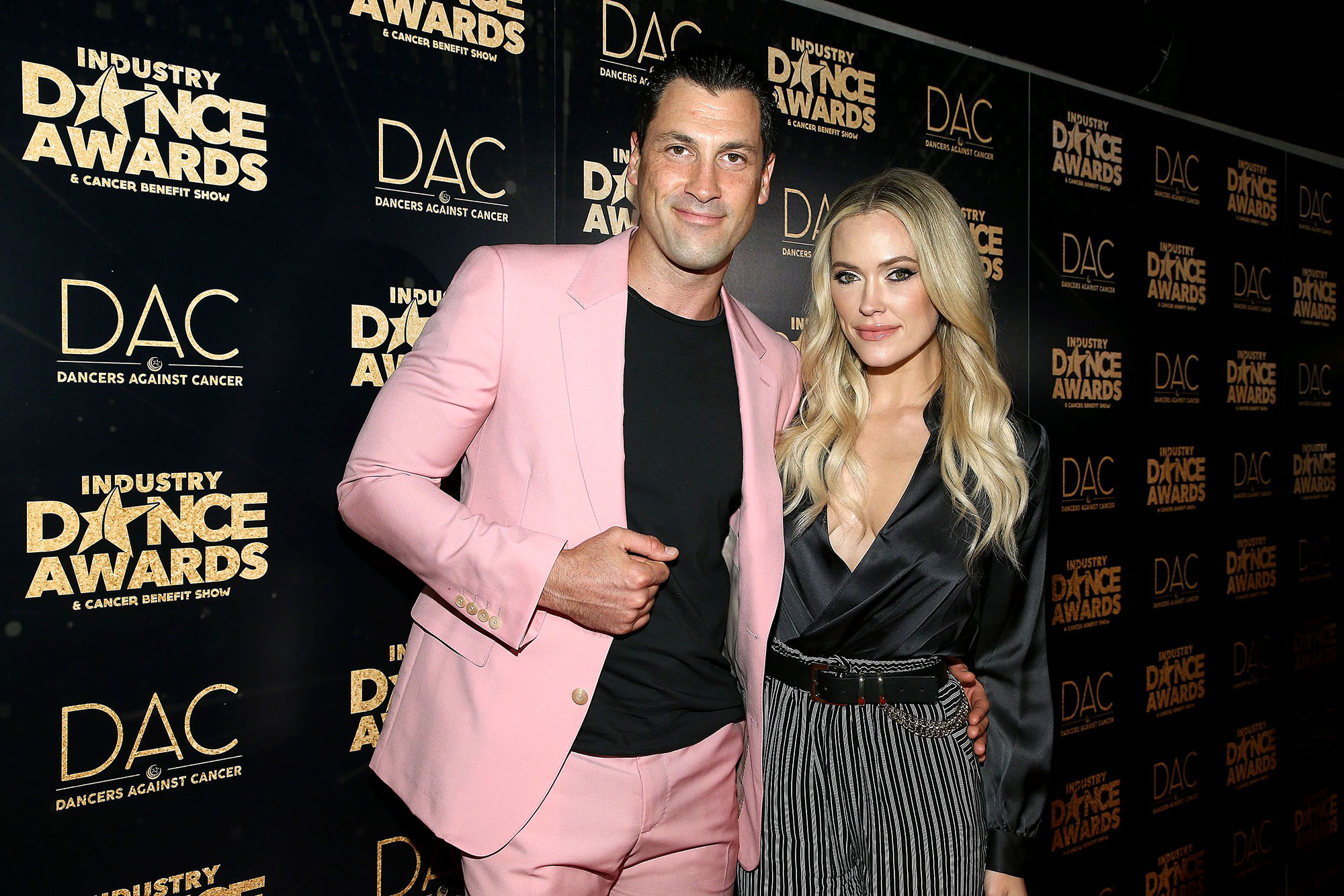 Maksim, who has been living on and off in Kyiv for the past six months as a judge on Dancing With the Stars Ukraine, previously gave fans a look at his experience in the city earlier on Thursday after Russian President Vladimir Putin’s troops began invading the country.

“Honestly, I’m getting really emotional. It’s been a little difficult. You know me, I stay strong. And I don’t show it, but I want to go back home,” the Broadway alum explained in an Instagram video. “What I’m realizing is that my friends whose kids are here, whose moms, dads are here, and elderly people are here, they can’t just escape. I am not at this point someone who is pleading for someone else’s safety from a far distance, from a safe distance. I’m somebody who’s about to go into a bomb shelter because s–t’s going down.”

The Peta Jane founder — who shares 5-year-old son Shai with Maksim — also hoped for her spouse’s safe return to Los Angeles amid the crisis.

“Today is extremely hard and the next few days will be even harder,” Murgatroyd wrote via an Instagram statement. “Please play that he comes home soon. Please pray that he has a swift, safe exit. I have faith. I have hope and I have prayed so hard.”