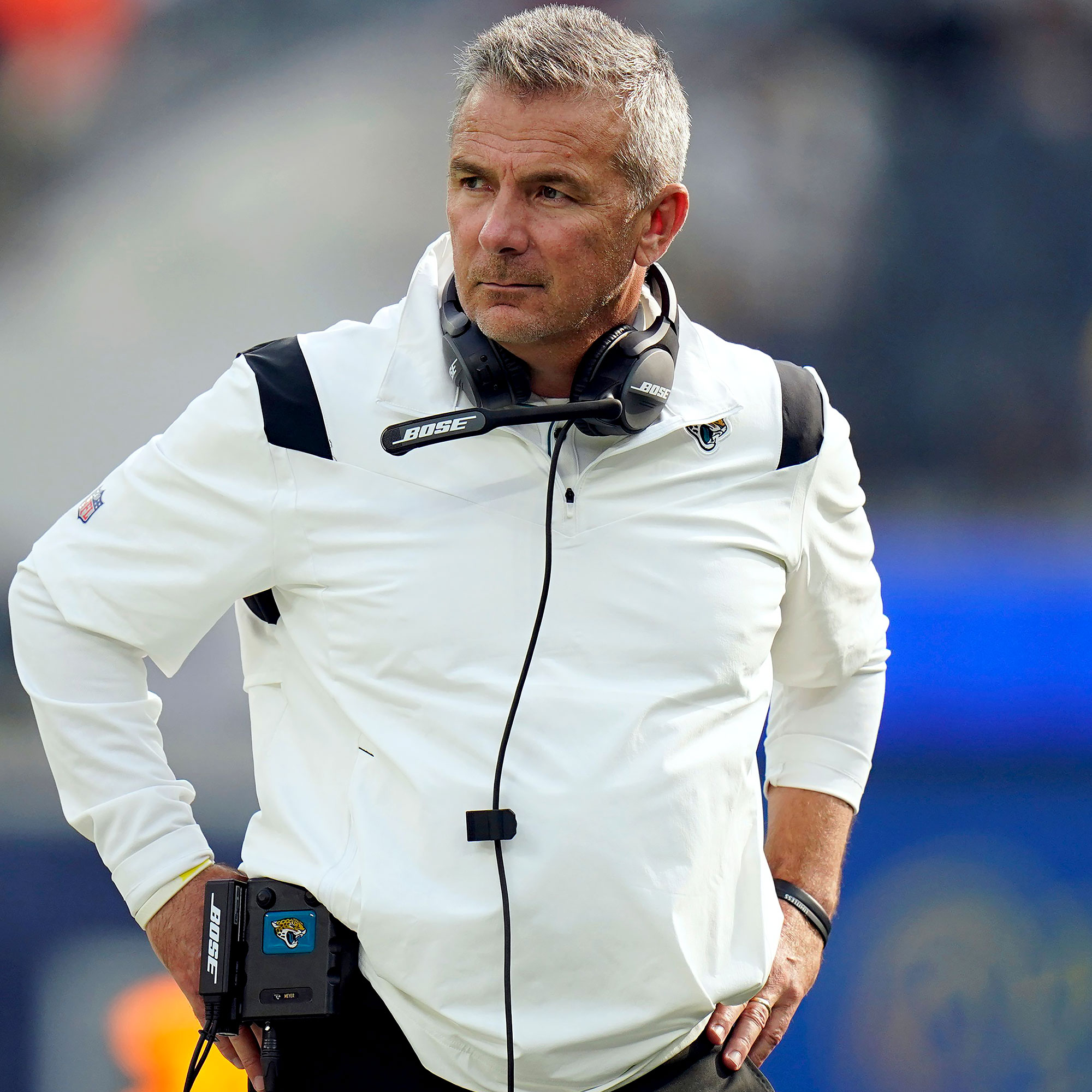 A brief tenure. Urban Meyer has been fired as the head coach of the Jacksonville Jaguars less than one year after joining the staff of the NFL team.

“After deliberation over many weeks and a thorough analysis of the entirety of Urban’s tenure with our team, I am bitterly disappointed to arrive at the conclusion that an immediate change is imperative for everyone,” team owner Shad Khan said in a press release on Thursday, December 16. “I informed Urban of the change this evening. As I stated in October, regaining our trust and respect was essential. Regrettably, it did not happen.”

Two months ago, Meyer, 57, made headlines when a video of him dancing with a young woman who was not his wife went viral. The football pro has been married to Shelley Meyer since 1986. At the time, the former Ohio State University coach said that he apologized to his team and staff for being a “distraction” from the game.

“It was stupid,” he said during a press conference in October. “So I explained everything that happened. And owned it. And, you know, just stupid. I should not have myself in that kind of position.”

One day later, Khan, 71, called Urban’s behavior “inexcusable” in a statement posted via Facebook. “I appreciate Urban’s remorse, which I believe is sincere,” he added at the time. “Now, he must regain our trust and respect. That will require a personal commitment from Urban to everyone who supports, represents or plays for our team. I am confident he will deliver.”

Despite Khan’s willingness to give his coach another chance, Urban made headlines again this week for allegedly kicking former Jaguars player Josh Lambo during practice.

“I’m in a lunge position. Left leg forward, right leg back,” the former kicker, 31, told the Tampa Bay Times on Wednesday, December 15. “Urban Meyer, while I’m in that stretch position, comes up to me and says, ‘Hey, dips—t, make your f—king kicks!’ And kicks me in the leg.”

Before he was fired, Urban denied Lambo’s account. “Josh’s characterization of me and this incident is completely inaccurate, and there are eyewitnesses to refute his account,” the Ohio native told the outlet. “[General manager] Trent [Baalke] and I met with him on multiple occasions to encourage his performance, and this was never brought up. I was fully supportive of Josh during his time with the team and wish him nothing but the best.”

After her father’s firing, Gigi Meyer took to social media to weigh in on the situation. “The spirit of the enemy is in full force battle mode in this world & in people,” she wrote via her Instagram Story on Thursday. “You can argue whether my dad is a ‘good person’ or not based on what you see in the media. … Anyone who truly knows us knows how incredible he is as a person.”

She went on to address claims that her dad is a “bully,” sharing photos of Urban with his family. “Couldn’t hurt a fly,” she wrote. “Always spoke about the power of LOVE & FAMILY with his platform. Never once cared about the money he made & his fame.”