I’ve been reading J.P. Pomare’s new novel, In The Clearing, with a weird sense of deja vu. Where have I seen all this before?

This is in no sense a criticism of the book, a clever thriller with plenty of frissons, twists and surprises. But it’s very familiar, for two reasons.

First, it’s about a girl who escapes from a cult, and although it’s fiction, the cult is clearly based on The Family, the notorious enclave that Anne Hamilton-Byrne ran in rural Victoria in the 1980s. 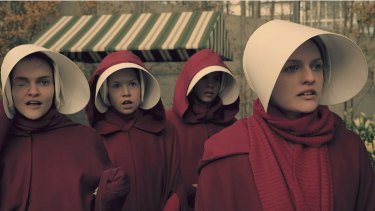 Margaret Atwood uses the cult of Gilead to make a serious point about the world we inhabit.Credit:

Second, it’s part of a very crowded field that just keeps on growing. I started looking up books on girls who escape from cults and after a while I gave up – there are an unbelievable number out there.

Fact, fiction, memoir … you name a cult and somebody has written a tell-all book about it, or made up a story inspired by it. What puzzles me is why readers are so fascinated with these stories. And this is a widespread fascination, for many of these books are perennial bestsellers.

Maybe it’s voyeurism? Cults are a boon to thriller writers. A closed-off world with its own strict rules and violent punishments; abuse, especially of women and children; brainwashing and exploitation; and the hypocrisy of all-powerful leaders. Not to mention titillating sex and sadism.

Wacky American sects who do tricky things with poisonous snakes are particularly popular. They pop up in such disparate books as Christian White’s The Nowhere Child, Donna Tartt’s The Little Friend and Andrew Miller’s The Crossing.

You can also use a fictional cult setting to make a serious point about the world we live in, or are in danger of entering. Margaret Atwood’s cult of Gilead in The Handmaid’s Tale and The Testaments is so pervasive, it has taken over an entire country. 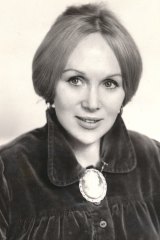 The late Anne Hamilton-Byrne, leader of The Family.

Some novels focus on the reasons why someone can become susceptible to a cult. Laura Elizabeth Woollett’s Beautiful Revolutionary is a study of a woman in need of a saviour. She finds one in Jim Jones, the real-life leader of the cult that came to a hideous end in the Jonestown Massacre of 1978.

Emma Cline’s The Girls is inspired by the followers of Charles Manson.

Michelle Richmond’s The Marriage Pact looks at a young couple who join a mysterious group. Other novels in this category are The Incendiaries by R.O. Kwon; and The Great Believers by Rebecca Makkai, which is also about the AIDS epidemic of the 1980s.

Many cult survivors have written memoirs, which must take considerable courage. The latest is Scarred, by Canadian actor Sarah Edmondson, who spent 12 years in the nightmarish NXIVM cult and recruited more than 2000 members before she fought her way out.

But the New York Times review highlights the ambivalence that can bedevil such books: ‘‘Is Edmondson a brave feminist, a victim-turned-whistleblower in the age of #MeToo? Or is she someone who benefited from the cult, had an attack of conscience, then stumbled into a painful kind of fame?’’

Perhaps non-fiction accounts by journalists are more reliable. Two fine Australian books are The Family, by Chris Johnston and Rosie Jones, about the Hamilton-Byrne cult; and Michael Bachelard’s Behind the Exclusive Brethren.

Although some readers may be looking for voyeuristic thrills in these books, others are asking themselves important questions. What do I believe, what am I searching for? Why are these cults so insidious and dangerous? Could I, or someone I love, ever be seduced into one? And if that happened, what would it take to escape?