A very tropical Christmas! Richard Gere and his wife, Alejandra Silva, have shared their family’s holiday card with a rare peek at their two sons.

“Merry Christmas 🎄from our family to yours. Love to all ♥️,” Silva, 39, wrote via Instagram on Saturday, December 24. She added “Feliz Navidad” and “Merry Christmas” hashtags to her posts.

In the photo, the 73-year-old Pretty Woman star and the Spain native held hands with their two sons during a tropical getaway. While the family of four’s backs are to the camera, they are seen looking out at the horizon. The publicist added the words “Merry Christmas” on top of the image. 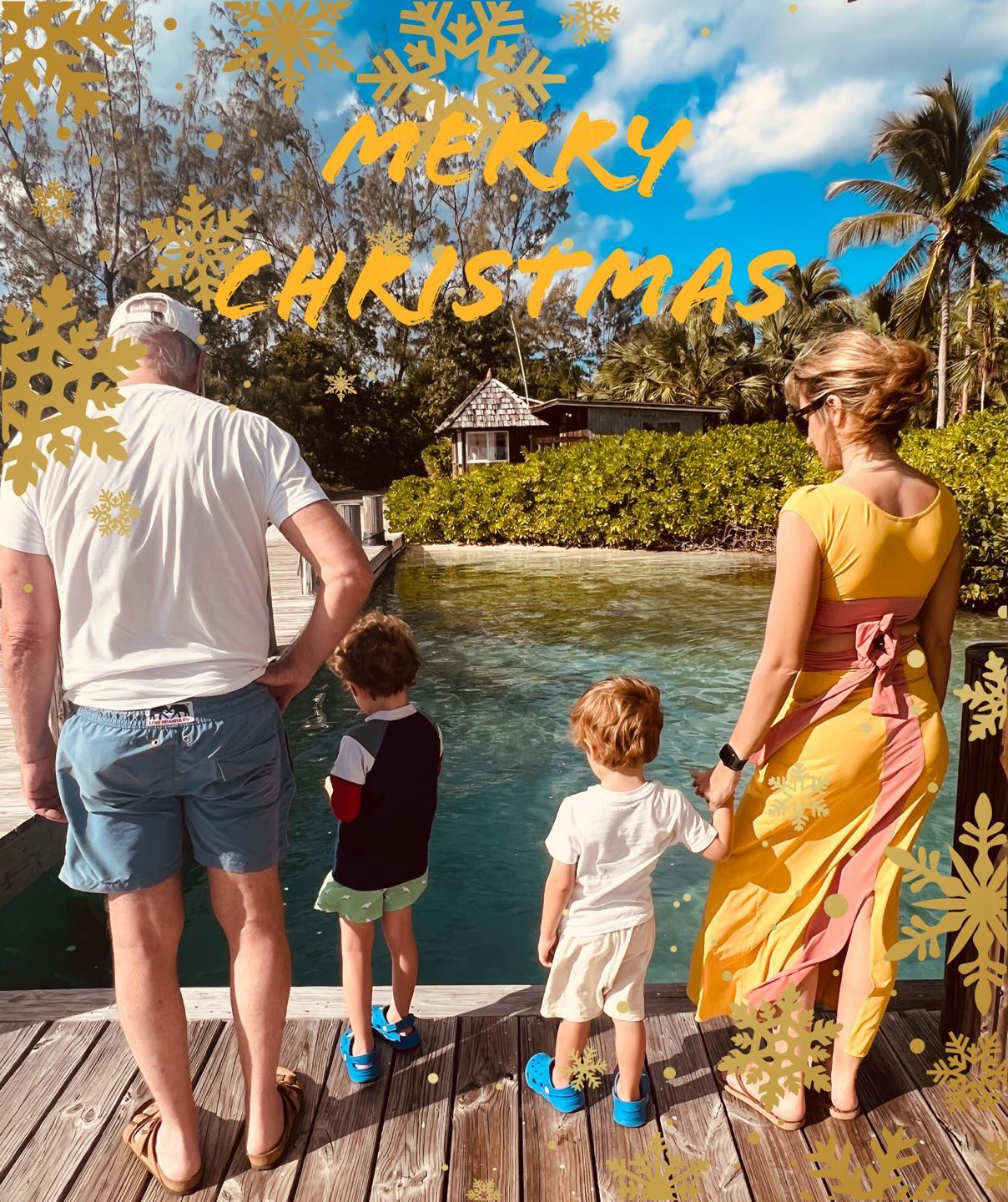 Us Weekly previously confirmed in 2018 that the couple had secretly wed in an intimate civil ceremony that April after three years together.

“The ceremony was beautiful,” Silva — who shares son Albert, now 9, with ex-husband Govind Friedland — told Hola magazine at the time. “We exchanged rings carried by our children. It was so exciting! I have to confess that I shed big tears.”

She continued: “I was a little lost, without light, and knowing him gave meaning to my life. It was feeling that someone was reaching out and showing me my true path. It had to be that way in this lifetime. He has promised me at least 20 good years! But I have to confess that he has much more energy than me, is much more active. It’s hard to keep up with him. … He’s not human!”

After one year of marriage, the pair announced that they were expanding their family. Son Alexander, now 3, was born in February 2019. Alexander became a big brother in April 2020, when the political activist gave birth to another baby boy, now 2. (Gere also shares son Homer, 22, with ex-wife Carey Lowell.)

While the Maybe I Do star and Silva live a relatively private life with their blended brood, they shared a rare family portrait last month.

“Daddy, mommy and Alexander 🧡,” Silva captioned a November 17 Instagram snap of her 3-year-old son admiring his shadow next to silhouettes of Gere and Silva.

The mother of three — who became a U.S. citizen in November — has frequently gushed about her romance with the acclaimed actor through the years.

“Today is the day I married the most wonderful man I have ever met, I know it sounds cliché but it’s true,” she wrote in a May 2020 anniversary Instagram tribute. “Comes from my heart, I’m so proud to be with you, to share this life with you, to be the mother of our children, to be your friend, to be your Wife! You make me sooo happy! You are the love of my life ♥️.”