Is YOUR sex life classy or trashy? Tracey Cox reveals the tell-tale things that make YOU look tacky in bed – and the ‘proper’ bedside manners that are guaranteed to impress!

Ever sent a sexy photo – without being asked? Ignored the hint to leave after a one-night-stand? Do you stop sex the minute YOU’VE had an orgasm? Refuse to reciprocate when your lover pleases you orally?

If you answer yes to any of the above, your bedside manners might well need an overhaul! There are universal rules that everyone should follow if you want to show respect and let your lovers know you’re a class act.

Here’s my guide to good sex etiquette: the things that separate the slobby and sleazy from the classy and well-mannered. 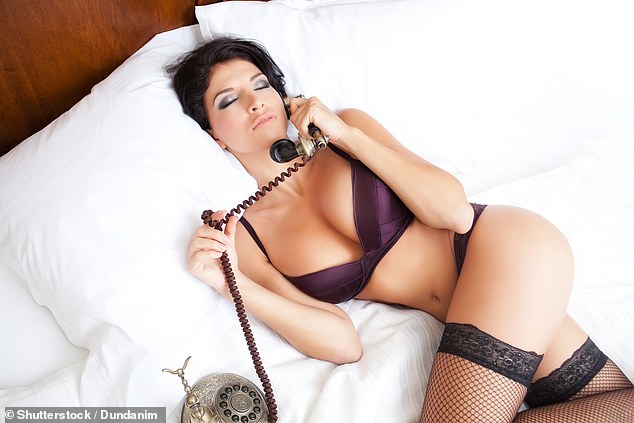 Answering the ‘how many loves?’ question

Classy: Knowing that the person who’s had one lover but didn’t use protection is more of a risk than someone who has slept with 30 and worn condoms every time.

Answering, ‘I’m not interested in the past and a number means nothing. All I’m interested in is what happens in the future, now we’ve met each other’. Refusing to bow to pressure to reveal something you’d rather not. Never asking anyone that question.

Tacky: Getting offended and saying, ‘Are you insinuating I’m promiscuous/a s**t?’. Pressuring someone who clearly doesn’t want to answer. Saying you’ll be cool with whatever they answer, then storming off and/or making judgements.

Tacky: Sending ‘d**k pics’ uninvited. Sending sexy photos to someone you shouldn’t. Sexting ex-lovers when there’s a chance they’re with their new partner. Showing sexy texts and photos from other people to your friends. Threatening to send them to their boss/mother/new partner or put them on social media if they don’t do what you want.

Handling a one night stand

Classy: Knowing no means no and never pushing it. Not being selfish: it might be a one-off but it’s not all about your pleasure. Saying nothing, if you can’t remember their name.

Waiting 15 minutes once sex is over, then saying you have a meeting first thing/your Mum is dropping over early in the morning and getting yourself home. Dropping a hint of how they can contact you but never assuming they will. Feeling sexually empowered the next day rather than ashamed. 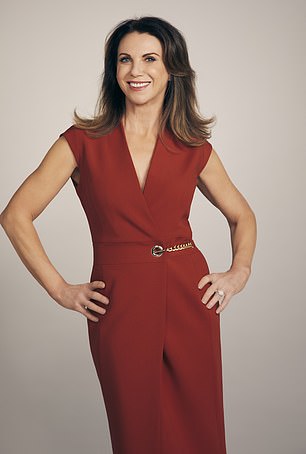 Tacky: Getting angry or annoyed if sex doesn’t end up happening. Not bothering to ask (or caring) what the other person likes or doesn’t because you’ll never see them again. Assuming you’ll sleep over without checking first. Refusing to take the hint to leave, when it’s blatantly obvious they’d like you to. Taking someone’s phone number when you have no intention of calling.

Tacky: Clothes chucked on the floor, empty takeaway containers and overflowing ashtrays on the coffee table. Nothing but off milk in the fridge, piles of ironing in the corner of the bedroom and a bed that looks like the local rugby team just had a party in it. Deduct even more points if you have scratchy, uneven nails, smelly breath and genitals, and lighting so bright they need to shield their eyes.

Classy: Not going there if you’re THAT drunk. Texting first to test the water. Graciously accepting it, if they’re not up for it. Offering to get a cab home afterward, rather than keeping them up all night snoring.

Tacky: Turning up unannounced at 2am and knocking loudly on their door or continually pressing the buzzer, waking up all the neighbours.

Refusing to leave. Falling asleep during sex. Throwing up. Passing out and taking up all the bed. Still being there, nursing the mother of all hangovers, when they come home from work the next day.

Classy: Assuming condoms are the norm for all casual or new encounters. Always having a good-quality, in-date condom with you. Putting one on without needing to be asked. Remembering to hold it at the base before withdrawing. Discreetly disposing of it afterwards in a bin.

Tacky: Refusing to wear one or use one. Not carrying any. Pretending you had a recent STI check when you haven’t. Pulling out a pack of 20 that has one, lone condom left. Leaving it lying on the floor near the bed.

Classy: Saying, ‘You’re so big, I need to have a rest’, if he’s taking too long. Saying, ‘Let me watch you do yourself. It’s hot’, when you’ve had enough. Discreetly removing your mouth but continuing to use your hand at the crucial moment, if you don’t want to swallow.

Tacky: Men who don’t wash – or wash properly. Men who put their hands on the back of your head and push down. Men who assume it’s OK to ejaculate in your mouth, without asking first. Not reciprocating.

Tacky: Not enough foreplay. Rushing straight to intercourse and penetrating within minutes of kissing. Not even attempting to provide any clitoral stimulation. Thrusting like a jackhammer. Getting the hump when given direction or feedback. Asking, ‘Have you had one yet?’ every three minutes.

Classy: Grabbing a penis that’s on the small side, looking him in the eyes and saying, ‘You’re so sexy!’. Saying, ‘I loved seeing you getting so carried away. Now, bring that mouth over here. I’m not finished with you yet!’. Not taking it personally, if he has any erection difficulties.

Tacky: Staring at his penis, then saying, ‘Will I even feel that?’. Delivering a cutting comment, if he climaxes and you don’t (a sarcastic, ‘Well, at least one of us had fun’). Laughing or ridiculing him if things don’t go to plan. Making a fuss if he has an erection wobble.

Classy: Giving lots of compliments. Moaning when you’re enjoying something. Putting their hand where you’d like it and guiding them to where it feels best. Being alert to body language cues. Never assuming there’s one rule for all.

Tacky: Lying back and expecting the other person to do everything. Body shaming. Cricking your neck to read a text message on your phone while you’re still at it. Stopping all sexual activity the minute you’ve had an orgasm.

Classy: Discreetly slipping off and reappearing with tissues.

Saying how much you loved it with specific reasons why they were amazing. Spooning and cuddling. Not getting upset if someone falls asleep.

Tacky: Jumping up the second it’s over and having a shower. Getting huffy if you don’t get told how great you were. Lying on your back and refusing to be affectionate. Going quiet and leaving soon after, without any explanation of why.

Classy: Being both quiet and discreet. Asking if your lover would prefer you do or don’t run into other people living in the house. Explaining who you are if you startle someone you haven’t met before. Being polite and friendly. Waiting to be offered anything at all: a drink, a coffee, a shower.

Tacky: Making lots of noise after you’ve been told the walls are paper thin. Chatting up a hot flatmate. Ignoring other people living there. Walking around half naked. Helping yourself to anything you fancy in the fridge. Drinking milk or orange juice straight from the carton. Having a long shower in the one and only bathroom, just when everyone else in the house is rushing about getting ready for work. Leaving wet towels on the floor.

Classy: Getting regular checks and paying attention to any symptoms. Getting tested immediately, if there’s any change or you think you might have been exposed.

Calling any lovers you haven’t used protection with or checking first that it’s OK to send a ‘sensitive’ text. Understanding that people get scared and angry if they find out they’ve been exposed to an STI. Encouraging them to also get checked.

Tacky: Ignoring obvious symptoms. Never getting checked, even though you rarely use condoms. Being abusive or nasty to people who call to tell you they have an STI and refusing to accept you might have one. Keeping quiet if you find out you have and not telling any former lovers. Continuing to sleep with people, without a condom, even when you test positive.