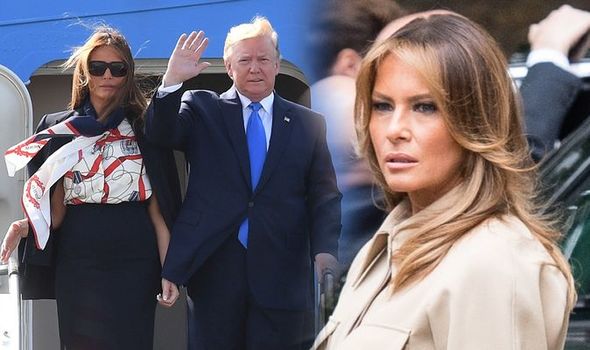 In a new book, The Art of Her Deal: The Untold Story of Melania Trump, author Mary Jordan dives into the history of the enigmatic First Lady of the United States. The relationship between Melania Trump and her billionaire husband is subject to speculation.

Now the author has shed light on the ways in which the presidential couple operate.

Melania, a Slovenian immigrant, married Donald in 2005, over a decade after then met in a New York bar when she was 27.

She worked as a model before she married the future-president, in a huge and lavish wedding at his sprawling property in Palm Beach, Florida.

All couples argue at times, but the author claims Melania shows her irritation with her husband in a certain way. 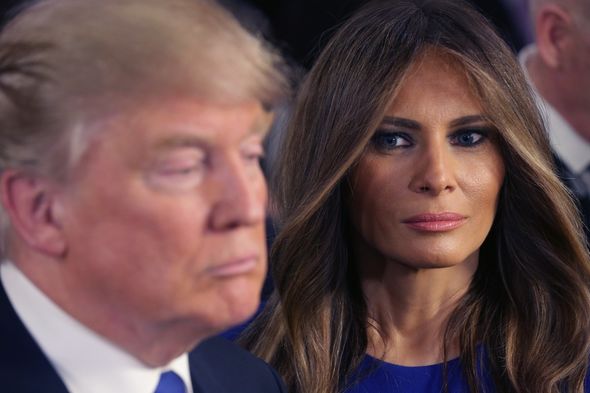 She revealed Melania is not one to show her emotions in public.

Ms Jordan wrote: “No one has seen Melania cry about anything.

“They’re both very, very hyper aware of image and appearance. Neither of them, but especially Melania, shows emotion in public. She’s not one to show her anger or her temper or yell.”

According to the author, Melania is will Donald the silent treatment if she is unhappy.

The author wrote: “The way she shows that she’s upset with Trump is to walk away, to be invisible, and he doesn’t like that.

“He likes the very good-looking younger wife at his side. So she cancelled going to Davos, for instance, in the first year, very abruptly.

“She didn’t get in the car with him to go to the State of the Union, a 10-minute car ride, after there were lengthy reports about infidelities with Stormy Daniels and Karen McDougal.”

The author looked at the pair’s relationship in depth, which she described as “unusual”. 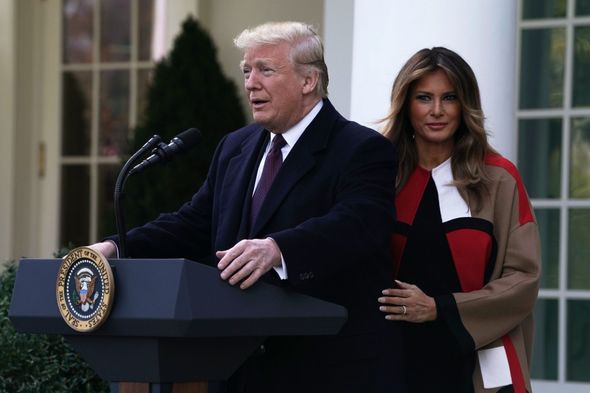 She said Melania and Donald Trump “have a deal”.

The author wrote: “I don’t know any couple that spends as much time apart. They are often in the same building, but nowhere near each other.”

She claims Melania has her own area of the house with a spa.

The author goes on: “She rarely goes into the West Wing. She doesn’t like to golf. She has her own little spa. She likes to be isolated. 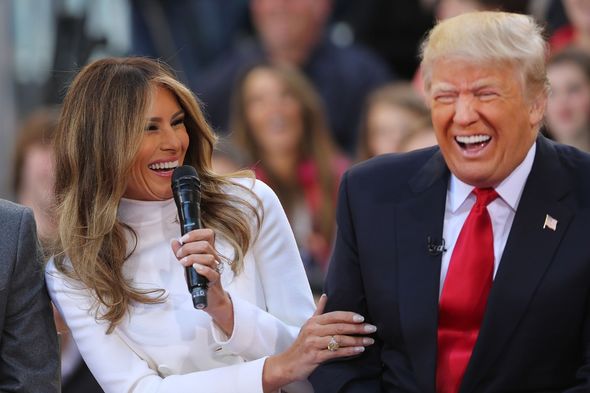 She adds: “[Melania’s] the first call he makes after a speech or a rally, because he trusts her – he doesn’t trust many people – and she watches on TV.

“So they have a very unusual relationship, but there is a bond there: they have a deal, right from the beginning.

“He loves himself, he loves his job, he’s got his own life and he spends a lot of time apart from her. And she’s absolutely fine with that.”