Home » Lifestyle » The street where I grew up: Melvyn Bragg, 82

The street where I grew up: Melvyn Bragg, 82, writer, broadcaster and life peer shares memories of Station Road, Wigton, Cumbria 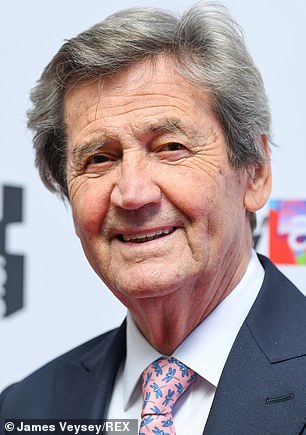 The first house I remember was in Council House Yard in Station Road in Wigton, Cumbria. It felt like a massive house on a big, cobbled yard, although in truth there were only three big rooms downstairs.

There was an extraordinary mixture of things in the yard: the fire station was there, which was very dramatic when the volunteer firemen would arrive on their bikes and go off on the engine with the horn blaring. The library was there, the street cleaner, the estate agent, and every Monday the whole street brought their washing to dry there, so it became a really wonderful playground.

We were working class and the house had no fridge, central heating or electricity – we used oil lamps downstairs, candles upstairs – and the bathroom was in the back yard. Everyone I knew had this same arrangement, so we didn’t think anything of it.

The house belonged to my grandmother – although I found out long after she was dead that she was actually my mother’s foster mother, Mrs Gilbertson. My mother, Mary, was illegitimate, but we never discussed it.

My mother and I moved in when I was about one-and-a-half and my dad was off in the war. Even though I was an only child, I never felt lonely.

My father’s father and stepmother lived nearby, so I had more relatives there. Our house was always crowded with people who I thought at the time were my cousins and aunts and uncles.

My happiest memories are of sitting at the kitchen table making Christmas decorations. There would be my parents and grandmother and anybody who was in the house would make paper chains and hang them up.

During the war I shared a room with my mother, then when my father, Stanley, came back they partitioned off the corner of a room for me. It had a big window you could open, so I would shimmy down into the back yard. 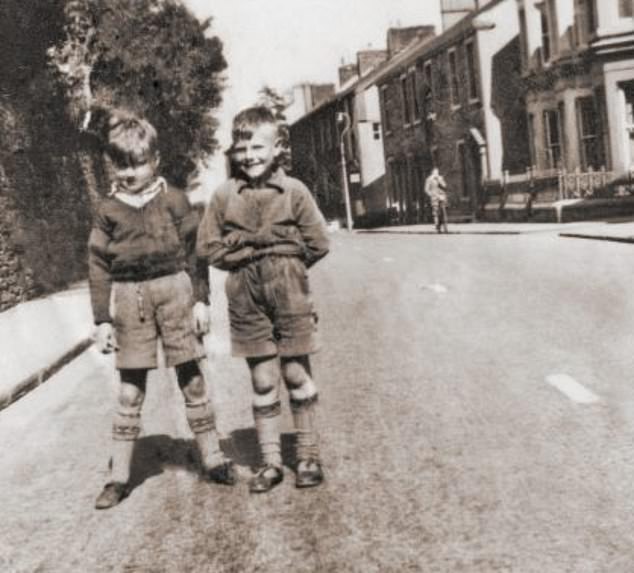 Melvyn (left), aged about seven, with a friend in Wigton in 1946

Station Road of course ran down to the station, which was nirvana for me. Some of my uncles worked there and would let me do little jobs and stand on the bridge when a train went through so I’d get covered in steam.

My mother always had two jobs and so did my dad, so I was left to my own devices, but that was OK. The idea was that you got out of the house, and I had plenty of playmates in Station Road.

We’d play variations on chasing each other and hide and seek in a town that was made for it – it had a medieval layout of higgledy-piggledy streets. In those days there was so little traffic that we played football on the street.

When I was eight we moved to a flat above an old pub that my father turned into a smashing place. I had my own room for the first time, which was wonderful.

I had a great upbringing in a town that was full of choirs, football, rugby and swimming teams, youth clubs and people with skills and hobbies. There was so much to do.

When I moved to London we lived in Hampstead, and I just remember wandering out into the street with one of my children one day thinking, ‘I don’t know any of these people’, whereas in Wigton you just felt safe. Somebody would know you.

But I bought a place near Wigton about 45 years ago, a cottage in a hamlet of nine dwellings, and we’ve had it ever since so my kids were able to have that same experience.